‘Profound disgrace.’ That’s the way two former presidents once described impeachment, which the U.S. House was poised today to debate for six hours in the case of Donald Trump.
■ Watch or listen live. 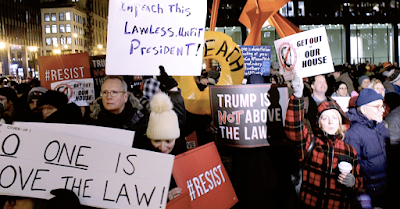 ■ In Chicago last night, hundreds rallied in support of impeachment. (Photo: One Illinois/Ted Cox.)
■ In Minneapolis, protesters sang to the tune of We Wish You a Merry Christmas: “We wish you would leave the White House, some time by New Year.”
■ Tribune columnist Dahleen Glanton: Illinoisans should be proud of three vulnerable Democrats who “have chosen to put America ahead of their political ambitions by voting to impeach Donald Trump.”
■ A thing in D.C.: Impeachment tourism.
■ Politico’s Jack Shafer calls on journalists to stop whining about “Trump fatigue.”

‘An utterly desperate cry.’ The co-author of Trump’s book, The Art of the Deal, blasts the president’s letter to House Speaker Nancy Pelosi …
■ … a lie-filled screed in which Trump complains “more due process was afforded to those accused at the Salem Witch Trials.”
■ Pelosi called the letter “really sick.” 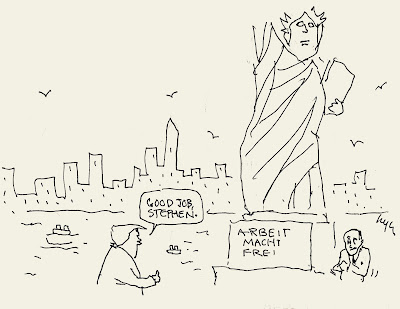 Planes and boats. The Sun-Times reports that ex-Cook County Assessor Joe Berrios’ access to private modes of transportation is one focus of a federal grand jury investigation.
■ For the first time since a federal raid on his suburban mayoral offices, Cook County Commissioner Jeff Tobolski yesterday showed his face at a public meeting.
■ A Trib editorial: Welcome, Council on Governmental Ethics Laws conference.

Not so fast. The full Chicago City Council today could vote to honor a committee’s recommendation that legal sale of recreational marijuana be delayed in the city until July 1—because all the dispensary owners online so far are white.
■ Watch the meeting live here.

‘We ain’t going nowhere.’ People living under Lake Shore Drive viaducts at Wilson and Lawrence Avenues are protesting the city’s cleanup efforts.
■ They streamed their news conference on Facebook.
■ Aurora’s mayor is defending an eviction order for 19 child sex offenders in shelter at a Christian ministry.

‘Some obvious flaws.’ A study has identified structural problems in the dome over the Illinois Capitol.
■ An Onion headline from 20 years ago: “World’s Largest Metaphor Hits Ice-Berg.”

‘Insane’ fees. Fans who’ve bought tickets for a show at Pilsen’s new concert venue, RADIUS, are complaining loudly—and, in many cases, obscenely—about massive surcharges.
■ Chicago’s Dick’s Last Resort restaurant and its siblings across the country have been sold to a company that operates strip clubs in the U.S. and abroad. 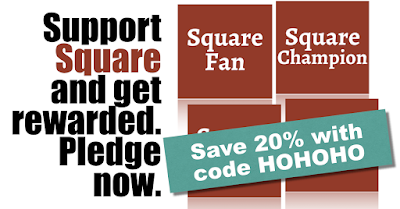 Support Square—at a special holiday discount.
Your contribution helps keep Chicago Public Square coming and growing. And now, you can do so more cheaply than ever. Enter the code HOHOHO at checkout to save 20% off your first monthly or yearly pledge. (So, of course, the code’s worth more if you go the yearly route.) This offer’s good through Dec. 31 on regular and gift pledges.
■ And you support Square just by reading and by taking the time to make suggestions, as faithful reader Chris Koenig did for this edition.