Oak Park-based cartoonist Keith J. Taylor is an irrepressible source of political satire whose cartoons frequently appear in Chicago Public Square and whose work in 2019 earned him top spot in the Chicago Reader’s Best of Chicago Poll for Best Visual Artist and made him a co-honoree in Square’s Chicago Headline Club Peter Lisagor Award for Best Independent Blog. 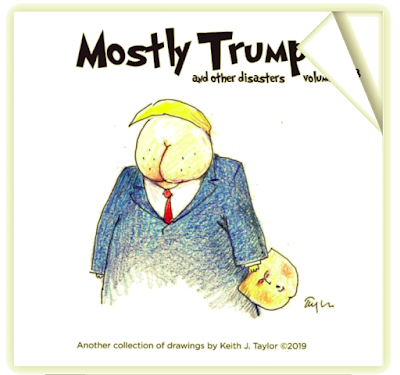 He’s the author of four collections of political cartoons:

… and The Book of Streams, a collection of original pen and ink drawings created from 2010 to 2012.

Keith was also a finalist for Best Comics Illustrator in the Reader’s 2019 poll.

You can—which is to say should— follow him on Facebook here and Twitter here. And you can email him comments, suggestions and project proposals at taylface@comcast.net.