Twitstorm. In what Bloomberg calls “Twitter’s nightmare,” the accounts of virtually “everyone you’ve ever heard of” (as Gizmodo put it) were hacked …
■ … apparently by people who reportedly paid a Twitter staffer for access.
■ The hack raises profound global security questions.
■ The ensuing lockdown of Twitter’s blue-checkmarked royalty triggered mockery from the unverified masses.
■ Question of the day: Why wasn’t President Trump’s account hacked?

Beans, beans. Ivanka Trump’s tweeted endorsement of Goya brand beans—target of a boycott because of the owner’s sucky-uppy support for the president—runs afoul of government ethics rules … 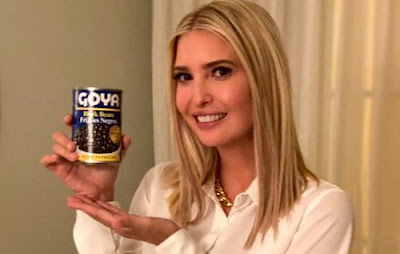 ■ … but don’t expect much action, because the president did the same thing.
■ CNN’s Chris Cuomo: “Tell me how a president in the middle of a pandemic has got time for this bullshit.” Speaking of which …

TL;DR: ‘It’s asking for disaster.’ The Tribune surveyed health experts on the risks of dining out in the COVID-19 pandemic.
■ Chicago’s legendary Manny’s Cafeteria & Delicatessen has cause to celebrate after a tweet pleading for customers in the pandemic generated business in droves.

‘I won’t just turn the car around. I’m gonna shut it off, kick you out and … make you walk home.’ Warning that Chicago’s “dangerously close” to slipping backward in the pandemic, Mayor Lightfoot says she won’t hesitate to lower the lockdown boom again.
■ Gov. Pritzker’s splitting the state into more regions for COVID-19 tracking purposes …
■ … and Chicago is now a region unto itself.
■ Politico’s Shia Kapos: “Illinois feels like an island in the middle of a churning COVID sea.” 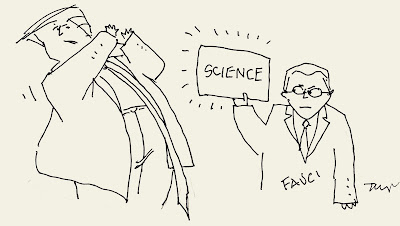 ■ Politico: The Trump administration is subjecting political appointees to unusual “loyalty tests.” (Cartoon: Keith J. Taylor.)
■ For the second time in a week, Trump’s administration has put a man to death.

Chicago Public Square is free for all thanks to generous support from readers including Barbara Powers, Jane Skelley Carroll, Andy Buchanan, Andrea Agrimonti, Michele Kurlander, Rich Means, Tom Marker, George Macke, Judith Gaietto-Grace, Jeffrey Langer and Christine Koenig. You can join them with a one-time tip (nice) or an ongoing pledge (nicer). And if you can’t chip in now, please know you help Square grow simply by opening and reading each day. Or by sharing it with a friend. Thanks to all.
■ Soundtrack for production of today’s edition of Square courtesy of Chuck Allen.