‘Dire need.’ Politico reports a letter from a dozen mayors across Illinois—including Chicago’s Lori Lightfoot—calls on Congress to send cities “direct, unrestricted” emergency funding to cover the costs of the pandemic, warning that they otherwise “cannot continue to function.” 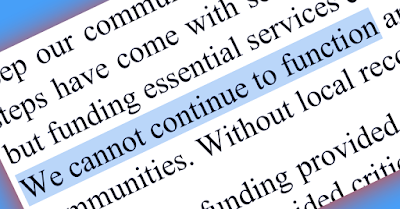 ■ More from Politico: Cities and states are desperate for federal help.

Festival of lies. What was billed as a “press conference” in the Rose Garden instead provided President Trump the chance to spew a fresh crop of false or misleading claims as he attacked Joe Biden.
■ CNN’s Brian Stelter rounds up reporters’ firsthand accounts of their personal fights against COVID-19.
■ Sun-Times columnist Phil Kadner: “Thousands of people have died or suffered because Donald Trump … failed to understand that lying about the facts would not change them.”
■ The director of Columbia University’s National Center for Disaster Preparedness: “It’s absolutely certain we’re going to be adapting to a new way of life.”

Stay out or stay in. Chicago’s added two states to the list of those from which people arriving need to self-quarantine for two weeks. 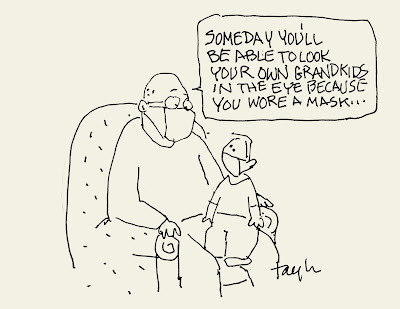 Sports and COVID-19. At least three dozen suburban high school students have tested positive for the coronavirus—and the evidence points at summer sports camps.
■ The pandemic has put the Cubs on track to win long-sought approval for weekend night games at Wrigley Field.
■ Bowling alleys want a break, too.

Taxing time. Now comes the extended deadline for filing your income taxes …
■ … but don’t expect post offices to stay open until midnight as they sometimes did in pre-pandemic times.
■ HuffPost: “Postal Workers Are Dying In Heat Waves. It’s Only Going To Get Hotter.”

Reprieves. Chicago’s putting off for another two weeks—until Aug. 1—enforcement of its city sticker and residential permit parking rules.
■ City Colleges of Chicago is offering to wipe out existing student loan debt for ex-students who return and complete their education.
■ The president blinked on his threat to strip visas from foreign students who weren’t attending class in actual classrooms.

‘[Buy] out of my money So many Negroes and free them.’ The Tribune’s Ron Grossman says the dying wish of Revolutionary War hero Thaddeus Kosciuszko—in a letter to Thomas Jefferson—puts the lie to those who contend “nobody told Jefferson and other Founding Fathers that enslaving human beings is wrong.”
■ A Sun-Times editorial: “Remove the Stephen A. Douglas monuments.” 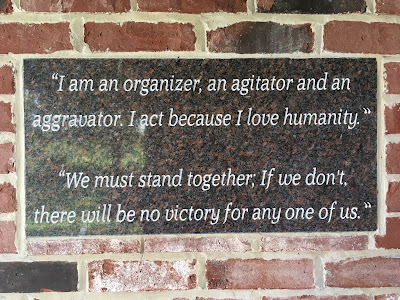 ■ The Mother Jones Heritage Project is working for a Chicago statue in her honor. (Photo: The Mother Jones Monument in Mt. Olive, Illinois.)
■ A statue of a Black Lives Matter protester has replaced a statue of a slave trader in Bristol, England.
■ A new report concludes minimum-wage workers can’t afford rent in any U.S. state.

Not so fast. New video sheds light on an incident that led to the firing of two CTA workers after one body-slammed a passenger: It seems to show the passenger tossing a punch first.
■ An ex-Chicago public school football coach faces charges of sexually assaulting one of his players.

News blues. Newsradio WBBM/WCFS has cut two veteran reporters.
■ The Guardian is eliminating 180 jobs.
■ Vox Media—parent of New York magazine, The Verge, SBNation and Eater—is planning companywide layoffs.
■ Those who gaze at The New York Times’ navel are atwitter about a columnist’s resignation.

Chicago Public Square is free for all thanks to generous support from readers including Michael Brooks, Tom O’Malley, Michael Weiland, Ken Hooker, Elaine Soloway, Jim Parks, Lora Engdahl, Stephen Schlesinger, Jane Hirt, Mary T. Davison, Jameson Branson, Ken Hildreth, Don Miner, Jason Sherman and Jill Chukerman. You can join them with a one-time tip (nice) or an ongoing pledge (nicer). And if you can’t chip in now, no guilt: You help Square grow just by reading every day. Or by sharing it with a friend. Thanks to all.
■ And thanks, Mike Braden, for some typographical improvement to this edition.