Chicago Public Square will take Monday, Memorial Day, off. Back Tuesday. And now the news:

Not so fast. Despite Gov. Pritzker’s allowance that Illinois restaurants may reopen for distanced outdoor dining in the coronavirus pandemic as soon as May 29, Mayor Lightfoot says June seems more likely for Chicago.
■ At least some restaurateurs are applauding the mayor’s restraint.
■ Lightfoot reminds Chicagoans the danger of catching and dying from the coronavirus remains great: “There’s no vaccine. There’s no cure.”
■ Encouraging people to care for their mental health, the mayor told reporters yesterday, “I allow myself to cry.”

Not so fast. The unofficial start of summer arrives in Chicago with beaches still closed …
■ … which probably means bigger crowds for Indiana’s lakefronts …
■ … which may themselves close if too many show up.
■ Block Club Chicago: Some parents need to return to work next week, but with daycare facilities and summer camps closed, they wonder what to do with the kids.

Not so fast. Addressing Chicago Public Square’s questions, Mayor Lightfoot and Gov. Pritzker aren’t all that excited about Android and Apple updates to notify people that they may have been exposed to the coronavirus:
■ Lightfoot at 1:00:42 in this video: “I don’t know that that technology is ready yet. … There’s a lot of privacy concerns that go along with that.”
■ Pritzker at 35:30 here: “It potentially … could invade somebody’s privacy.”
■ How to turn it off for iPhones and Android.

Not so fast. The Cook County Board has OK’d a two-month waiver on late fees for property tax bills due Aug. 3.
■ To County Board President Preckwinkle’s disappointment, the board approved a requirement that the public health department give suburban 911 dispatchers the locations of people who test positive for the coronavirus over the next two months.
■ Suburban governments are laying off police officers, among others, to manage the economic crunch.

Biden and Warren. The New York Times says the presumptive Democratic presidential nominee talks about once a week to former candidate—and Chicago Public Square’s endorsed but unsuccessful pick (March link)—Elizabeth Warren, and that Biden is “now actively considering Ms. Warren to be his running mate.” 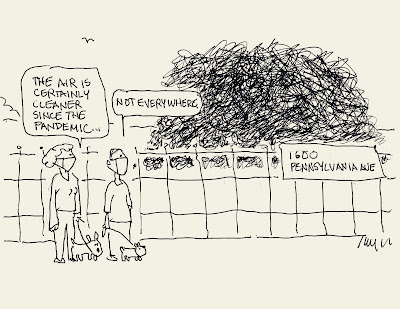 Postal polling. A plan to send vote-by-mail applications to anyone who did so in Illinois in 2018, 2019 or in this year’s primary was headed to the full Senate.
■ Only one House Republican supported the idea.

‘Suddenly, being forced to stay home doesn’t seem so bad, does it?’ The Sun-Times’ Neil Steinberg shares the story of a couple—a Chicago-born former Chicago School Board employee and her El Salvador-born husband—who’ve been living at O’Hare Airport since April.
■ Fellow Sun-Times columnist Mark Brown: Facilities Chicago’s established to house at-risk homeless individuals during the pandemic are filled to the brink—leaving others in limbo.

America’s ‘dechurching.’ The Economist (behind a paywall) says the pandemic has accelerated organized religion’s decline in the U.S.
■ The Trib’s Eric Zorn on technology’s role in the lockdown: “This disaster has given back in little ways.”

Ants! Consumer Reports offers five tips for keeping them out of your home—including No 4.: Stay away from sprays.
■ The Trib explains why more rain, floods and wet basements are Illinois’ new spring reality.

Netflix may cancel you. If you haven’t watched the service for more than a year, the company says it’ll mercy-kill your account: “The last thing we want is people paying for something they’re not using.”
■ Columnist Natalie Moore says Hulu’s Mrs. America, documenting the rise of feminism in the ’70s, explains “the 53% of white women who voted for Trump.”

Trib breakup? The guy with the third-largest stake in Tribune Publishing (parent of the Tribune) says the company should sell all its papers to local investors.
■ A University of Maine journalism prof warns that, as reporters scramble to find something new in the pandemic, they risk sensationalizing the trivial and untrue.
■ Before you share information about the coronavirus, consider these social media sanitation tips.
■ If someone tells you cloth masks offer 0% protection from COVID-19, show them this. 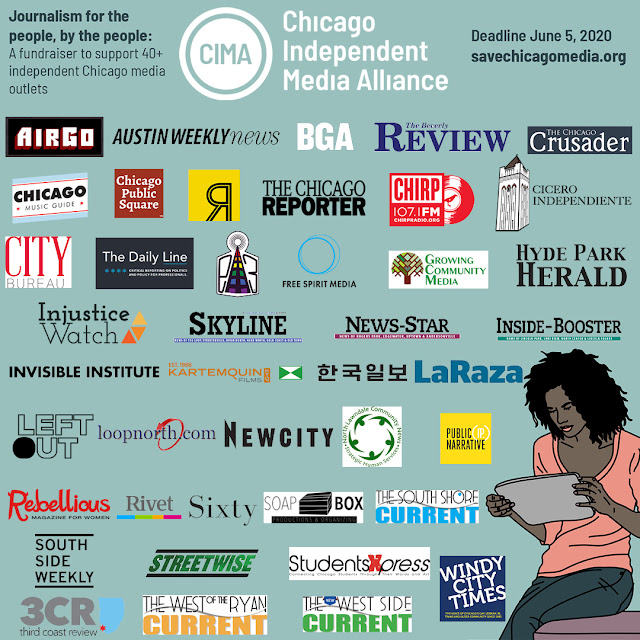 Thanks, Pam Spiegel, for the extra proofreading.