‘I have good news.’ Gov. Pritzker says the state can bring back more activities faster than anticipated in the coronavirus pandemic, beginning May 29 …
■ … with outdoor seating at restaurants and bars …
■ … haircuts, tattoos and picnics with friends … 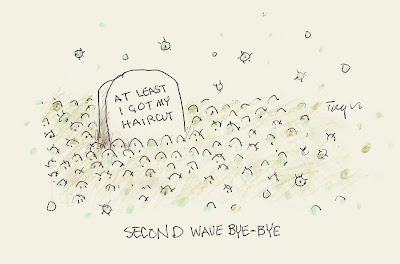 ‘That is not a reporter.’ Pritzker is defending radio host Amy Jacobson’s exclusion from his daily news briefings.
■ His press secretary jumped in to address Chicago Public Square’s question on the matter (at 57:27 in this video): “The governor doesn’t make decisions on who’s at press conferences.”

Rent relief. Pritzker may soon have the chance to sign a bill that would cancel rent debt for tenants diagnosed with COVID-19 or otherwise financially crippled in the pandemic; and that would create a relief fund to compensate landlords and mortgage holders.
■ In Chicago, Mayor Lightfoot’s pushing a plan to increase from 30 to 90 days the notice landlords need to give tenants before eviction …
■ … but, complaining it doesn’t give tenants enough protection, progressive aldermen have blocked it.
■ Even as the nation’s unemployment application rate suggests an economy sinking into the worst recession since the Great Depression, Republicans are aiming to roll back expanded jobless benefits.
■ The Onion: “Nation’s Politicians, Law Enforcement, Corporate Executives Marvel At Futuristic Utopia They’re Living In.”

Three months. That’s how long a group of veteran scientists from Barack Obama’s administration says the nation has to rebuild its supply of emergency medical equipment before the next coronavirus wave hits.
■ The New York Times’ Farhad Manjoo: “We need to take a long, hard look at all the ways the pandemic can push this little planet of ours to further ruin—and then work … to stave off the coming hell.”
■ Washington Post columnist Paul Waldman: “The worst thing for us would be to assume that if Trump is defeated then everything will snap back to the way it used to be. It won’t, any more than you can move right back into your house after toxic floodwaters rose to its roof.”
■ A Sun-Times editorial: The legislature should also “pass a bill … that would make it easier to vote … by mail, early in-person and on Election Day in person.”

New No. 2. The Chicago City Council has OK’d plans for a 102-story Tribune Tower East, which would be the city’s second-tallest —and the nation’s third-tallest—building.
■ Early census numbers suggest Chicago will remain the nation’s third most populous city, but downstate’s biggest towns are slipping away.

‘Hi, everyone. I work for Costco …’ A store employee is winning props for staring down a maskless customer who refused to leave and then threatened to “put you on my 3,000-follower Instagram feed.”
■ A bipartisan vote ejected one graceless Illinois state representative who refused to wear a mask at yesterday’s House session.

Apple + Google vs. COVID-19. New and free upgrades for Android and iOS devices promise to notify people automatically if they may have been exposed to the coronavirus.
■ Apple’s new iPhone and iPad software also aims to make Face ID less troublesome for users wearing masks.

‘For God’s sake, stay away from anybody from Wisconsin.’ Columnist Irv Leavitt’s plea: “Please don’t make me write your obituary.”
■ The pandemic has claimed one of Chicago’s most prolific graffiti vandals/artists.
■ A couple of psychology profs writing in The Conversation: “Coronavirus reminds you of death—and amplifies your core values, both bad and good.”

‘We are ready for you.’ Metra, whose ridership has plummeted 97%, is offering a new bargain all-day pass.
■ If you’d rather get there by foot: Road-running etiquette from The Chicago Maroon.
■ Sun-Times reporter and speed walker Lynn Sweet: “Distance shaming can backfire. Reserve calling out ‘six feet’ when there is no alternative.” 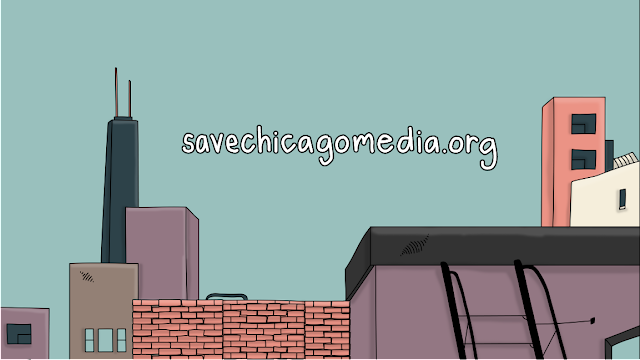 Thanks to ace proofreading reader Mike Braden for spotting an unnecessary word above.