Chicago Public Square was conceived as “Chicago’s new front page,” a one-stop briefing for news of importance to the Chicago area.

And front pages—of newspapers, anyway—rarely feature editorials. But sometimes they do. Especially at history’s crucial moments.

This is one of those moments.

With Illinois’ primary approaching March 17, it’s time for the state’s voters to decide who’s best suited to challenge a dangerous incumbent chief executive. And so for only the second time since its founding in January 2017, Square is taking an explicit editorial stand, endorsing a candidate in the Democratic presidential race.

That candidate is Sen. Elizabeth Warren. 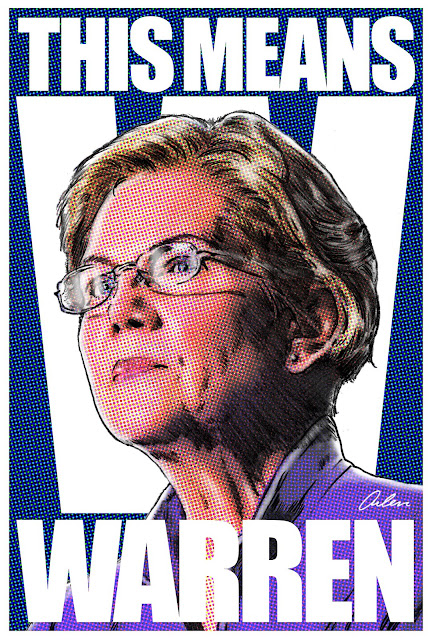 No one who’s watched Warren’s career—including a seemingly interminable series of debates, town halls and other campaign appearances—can doubt her intelligence, empathy, humility and, yes, persistence. She’s the right leader to rebuild a government enfeebled by an ignorant, bigoted and shortsighted presidency.

More:
■ Vox’s Ezra Klein says Warren’s “repeatedly proven her ability to master complex topics, comprehend impenetrable systems, run tricky bureaucracies, recruit and retain excellent staff, build unexpected alliances, persuade the public of what she’s learned, and turn those learnings into power and policy.”
■ The Boston Globe—which just a year ago encouraged Warren not to run—says she “stands out as a leader with the qualifications, the track record, and the tenacity to defend the principles of democracy, bring fairness to an economy that is excluding too many Americans, and advance a progressive agenda.”
■ The (Texas) Austin Chronicle: “She has the best chance … to accomplish real change, to hold the miscreants of the current regime accountable, and to leave the country better off than where we started.”
■ The Des Moines Register says her “competence, respect for others and status as the nation’s first female president would be a fitting response to the ignorance, sexism and xenophobia of the Trump Oval Office.”

Agree or not, please vote. Here’s the Chicago Public Square voter guide to help you through all your ballot choices—including those many, many judicial races.