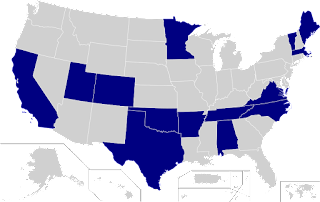 ■ Here’s when to expect results from 14 states this evening. (Graphic: Amkutzko.)
■ The Reader is hosting a live Super Tuesday Watch Party that will also stream live on its Facebook page.
■ As early voting gears up in Illinois, Chicago elections officials are advising those worried about the coronavirus to consider voting by mail …
■ … but those who vote in person should find no shortage of sanitization.

Nashville devastation. Updating coverage: Overnight tornadoes in one of the Super Tuesday states, Tennessee, ripped into at least 40 buildings, killing at least 19 people and leaving hundreds homeless.
■ One of the town’s most popular concert venues was all but destroyed.

‘This is ominous.’ Columnist Eric Zorn reflects on word the coronavirus outbreak has prompted the International Housewares Association to cancel its Inspired Home Show, which was scheduled for Chicago later this month.
■ To calm jittery financial markets, the Federal Reserve is cutting interest rates.
■ The virus’ spread has prompted Facebook to pull out of the South by Southwest music and tech festival.
■ The University of Chicago Medical Center has been treating someone who could be the Chicago area’s fifth identified coronavirus patient.
■ An emergency room doctor writes for CNN: “I will likely become infected in the next few months. It’s just simple math.”
■ The government of France is asserting control of all current and future stocks of protective masks. 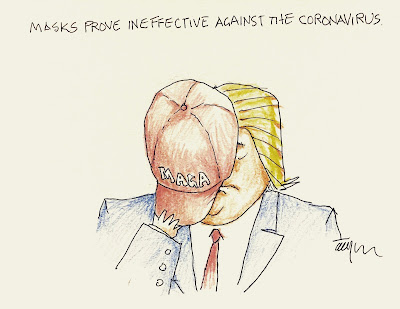 ■ The director of the National Institute of Allergy and Infectious Diseases tells Politico: “This is going to be one of those things we look back on and say, boy, that was bad”—a message at odds with what the president’s saying. (Cartoon: Keith J. Taylor.)
■ The Washington Post: Miserly U.S sick policies will make the coronavirus outbreak worse.
■ The Conversation: Hand-washing really is that important.
■ Wondering if you have it? Step one: Make a phone call.

Chicago’s ‘secret hearings.’ The Sun-Times’ investigation reveals Chicago police have, for years, used little-known proceedings to hold thousands of suspects for longer than the official 48-hour limit.
■ One of the police department’s most-disciplined officers is among the leaders in an election to choose the police union’s next president.

‘They keep getting bigger and bigger, which gives them more power.’ ProPublica Illinois details the rise of a company that has come to own a third of Illinois’ video gambling machines, becoming the nation’s biggest operator of the things.
■ Guess who’s profiting most from Illinois’ new recreational pot business. No, really: Guess. Because, under rules the Tribune is challenging, the state’s records are secret.

‘Nobody’s stepped in.’ Acclaimed journalist Alex Kotlowitz updates two Tribune investigative reporters’ so-far-unsuccessful attempts to spare the paper from the clutches of the vampiric and secretive Alden Global Capital hedge fund.
■ The Australian Associated Press, “journalism’s first responder” in that nation, is closing after 85 years.
■ The Sun-Times is one of Editor & Publisher’s “10 News Publishers That Do It Right.”

Apple may owe you. The company’s agreed to pay about $25 per phone to owners of a variety of iPhone 6s, 7s and SEs because it secretly slowed them down.
■ Ars Technica: Beware the contracts, hidden fees, and a big second-year price hike in AT&T’s streaming video service, rolling out nationally this week.

Square mailbag. Yesterday’s unprecedented Chicago Public Square editorial endorsing Elizabeth Warren in the Democratic presidential primary prompted some readers to complain. One of those, a former Warren supporter now backing Bernie Sanders, Beth Martin, took the time to explain why: “Your endorsement made me feel … helpless and hopeless. … Your endorsement that reaches so many people makes all those hours spent walking through neighborhoods, knocking on doors, listening to people about their concerns, trying to get the vote out, suddenly seem so futile.”
■ Square replies: Don’t worry, Beth. Square doesn’t reach all that many people. But we hope to reach more.
■ Slate’s Ben Mathis-Lilley: “If you believe Warren would do the best job of leading the country through its multiple interlocking crises, you still have the chance to give her that job.”
■ Is Chicago Public Square worth keeping around? Your support helps. Through this weekend*, we’re offering new supporters a discount at all contribution levels: Get 30% off your first three monthly or yearly pledges with code THREEBIE. (And you can cancel anytime.) See all your options here. Or just tap a button:


Thanks to Chris Koenig for an unending flow of great suggestions for Square’s daily roundup and to Pam Spiegel for noting the absence of a possessive apostrophe above.
* Apologies to those who tried to use the coupon code the last few days. It’s working again.