Mystery rape. WBEZ has unearthed evidence an ex-Springfield lobbyist and close friend of House Speaker Michael Madigan sought leniency for a state worker in a disciplinary case by contending the worker “kept his mouth shut” about an unspecified downstate sexual assault and other crimes.
■ The cost of dumping Cook County’s hospital chief: $600,000 … plus.

Red-light green light. Mayor Lightfoot’s pick to run Chicago’s Transportation Department says the city’s scandalized red-light camera program is now “kosher,” improves safety and so should stay in place.
■ Streetsblog Chicago’s John Greenfield: Keep red-light cameras rolling in the suburbs, too.
■ A Boston-area man who disarmed a gunman robbing passengers on a CTA Blue Line train last year says he still hasn’t been thanked by anyone in the mayor’s office, the police department or the Cook County state’s attorney’s office.
■ Someone shot a person early this morning on the ramp from the Stevenson Expressway to the Dan Ryan Expressway.

‘This is shady.’ A southwest suburban mayor complains he was wrongly listed among those backing embattled Democratic Congressman Dan Lipinski for reelection (second item in today’s Politico Illinois Playbook).
■ Tribune columnist Eric Zorn: “By sticking to his guns even though he may simply shoot himself in the foot, Dan Lipinski has helped clarify that the future of abortion rights is at stake in the 2020 elections.”
■ A Skokie woman has won Senate confirmation to head the Small Business Administration—and become the highest-ranking Hispanic female official under President Trump.

‘If there’s war with Iran, Trump’s done.’ The Trib’s John Kass—who supported the Iraq War in 2003* and recanted that support in 2015—says escalation of the U.S. conflict with Iran would spell “the end of Trump.” 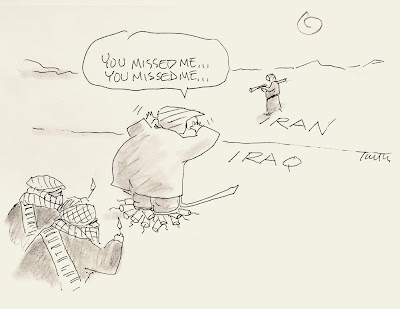 ‘In 2030, we ended the climate emergency.’ Meteorologist Eric Holthaus spells out how civilization could avert crisis over the next decade.
■ The New York Times: How Fox News mastermind Rupert Murdoch is diverting attention from climate change.
■ U.S. Environmental Protection Agency workers in Chicago are encouraging the public to sign an online petition supporting their right to scientific integrity and to enforce environmental law without political interference.

Amazon jobs ahead. The company says it intends to hire hundreds of people to work in its new Melrose Park distribution facility—for wages beginning at $15 an hour.
■ CVS’ surprise plans to close a South Side store have enraged residents and their alderman.
■ It’s curtains for another suburban mall Macy’s store.
■ The former Rainforest Cafe at Woodfield Mall is becoming the nation’s third Peppa Pig World of Play.

Asimov’s dark side. On the occasion of celebrated science fiction author Isaac Asimov’s birth 100 years ago, Oak Park author and historian Alec Nevala-Lee details Asimov’s reputation as one who “groped or engaged in other forms of unwanted touching with countless women.”
■ Hear a newly digitized and never fully broadcast 1976 recording of Asimov talking to University of Illinois college radio station WPGU.
■ Patrick Stewart talks about his return, at 79, to play Star Trek’s Capt. Picard.
■ Visiting Chicago in 2012, Stewart explained how he liberated his inner comedian.
■ Beloved science-fictiony comic series The Far Side is finally legally on the web.

Need a new portrait for a website, LinkedIn or publicity? Photojournalist Karen Kring can help. Sign up now.

BizPics is a Chicago Public Square advertiser.
Thanks to reader Chris Koenig for the latest in a series of link suggestions.

* As recounted in his encounter outside Tribune Tower with a then-unidentified colleague who now happens to be the publisher of Chicago Public Square.