Chicago Public Square will take Friday off. Back Monday.

‘Dershowitzian.’ That’s the word New York’s Jonathan Chait uses to describe the position advanced at yesterday’s impeachment trial by President Trump’s lawyer, Alan Dershowitz: That any presidential abuse of power designed to aid the president’s reelection is not impeachable. 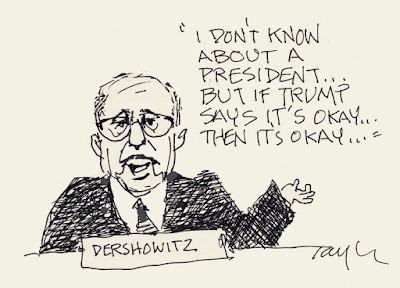 ■ Dershowitz has shifted the president’s position on his actions from “perfect” to unimpeachable, even if true. (Cartoon: Keith J. Taylor.)
■ Stephen Colbert compares Dershowitz’s argument to a bad motivational poster: “When you believe you can fly, you’re above the law.”
■ The Tribune’s Rex Huppke: “Republican senators … should be applauded for their brave efforts to contain a potentially damaging virus known as information.”
■ USA Today sorts the 93 questions senators asked in yesterday’s proceedings into four broad themes.
■ NBC News has video of key moments.
■ Meanwhile: The Trump administration is reportedly set to loosen restrictions on the U.S. military’s authority to use landmines—which more than 160 other countries have banned.

War on guns. Senator and presidential candidate Elizabeth Warren is introducing a bill aimed at what she calls “an epidemic of gun violence”—with licensing, universal background checks and a ban on assault weapons.
■ Candidate Mike Bloomberg’s big Super Bowl ad will focus on guns, not Trump.
■ Politico’s Jack Shafer: Bloomberg could be another Trump—because he “always does what he wants to do.”
■ Mother Jones’ David Corn: “Is Bernie Sanders the next George McGovern—or the next Donald Trump?”
■ CNN: Why the Democrats are being so nice to one another.

‘Today’s politics are more rational than the midcentury politics we so often celebrate.’ The New York Times’ David Leonhardt reflects on a new book from Vox founding editor Ezra Klein, Why We’re Polarized.
■ Klein on The Daily Show last night: “We’re the only system like ours that has not collapsed into total chaos.”
■ Klein’s Vox colleague, Ian Millhiser: The U.S. government “was rigged from the outset, quite intentionally, to favor small states.”

What Pritzker didn’t say. Politico’s Shia Kapos says Gov. Pritzker’s State of the State condemnation of state government corruption failed to address what reformers consider the root of the problem: Lawmakers’ power to pick their own voters.
■ A Sun-Times editorial: “He talked at length about what he’s done, spreading the credit, but not much about what he aims to do.”
■ A former Planned Parenthood of Illinois executive faces charges of stealing more than $100,000 from the organization.

Facebook may owe you. A settlement with Illinois over alleged violations of the state’s tough biometrics privacy law could mean users here are in for a few hundred bucks because Facebook tagged their faces without permission.
■ The Guardian has analyzed 218,100 Facebook ads to reveal how the Trump campaign targets conservative voters.
■ Under fire for selling users’ private browsing histories, Avast, the company behind widely used antivirus software, is shutting down its data collection arm.

7,700—and rising. China’s confirmed cases of the coronavirus include at least 170 deaths …
■ … and bats are a prime suspect in the outbreak’s origin.
■ Coronavirus concerns were keeping about 6,000 people on board an Italian cruise ship.
■ U.S. universities—rich with internationally well-traveled students and high-density residence halls—have their hands full, too. 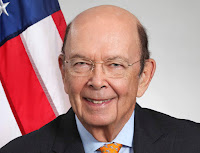 Why is this man smiling? U.S. Commerce Secretary Wilbur Ross says China’s coronavirus problems will “accelerate the return of jobs to North America.”
■ What does the new U.S.-Mexico-Canada Agreement (USMCA) mean for you? Probably not much.

Baked out. The bankruptcy filing by the Bakers Square chain’s parent means five of its Chicago-area restaurants are closing—but its one Chicago joint will live on.
■ The Chicago area is slated to get one of eight new video-game-themed Atari hotels. 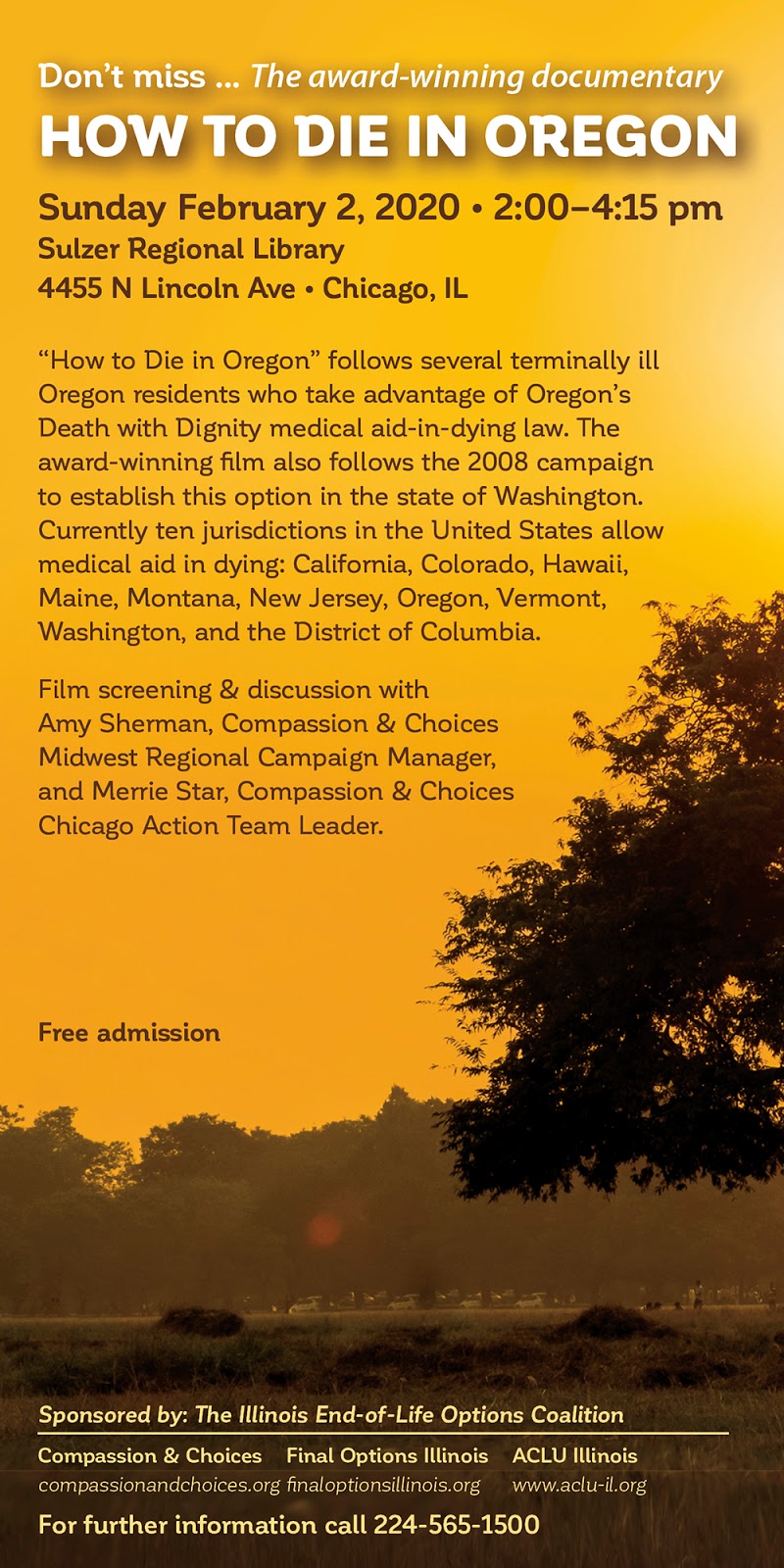 And so begins Year Four of Chicago Public Square. This daily news briefing went live three years ago. (Here’s a look back at that edition.) When Square returns next week, we’ll begin again honoring the people whose support has kept this thing coming all this time. If you’d like to see your name celebrated here, now would be a great time to chip in a few cents a day.