‘Trump put himself before country.’ Updating coverage: House Judiciary Committee Chairman Jerrold Nadler opened today’s impeachment hearing, setting the stage for a vote as soon as this week indicting the president on charges of abuse of power, bribery and/or obstruction.
■ The festivities began with ejection of a shouting Trump defender, Infowars host Owen Shroyer.
■ Wonkette’s unrestrained blow-by-blow is back: Republican counsel “Steve Castor says … it is not OK to impeach a president SIXTY-THREE MILLION Americans voted for, like that is some sort of ‘big number,’ … omitting the part about how SIXTY-SIX MILLION AMERICANS voted for the other candidate.” 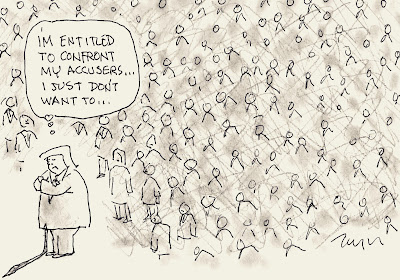 ■ See today’s hearing. (Cartoon: Keith J. Taylor.)
■ Due today: A Justice Department watchdog report that reportedly will find the FBI justified in opening its probe of connections between the Trump campaign and Russia.

Kamala Harris’ new campaign. Her presidential quest at an end, the senator is leading a push to remove racist Stephen Miller from his White House job.
■ Wonkette mocks reporting on Elizabeth Warren’s revelation of her earnings over three decades: “Shocking! Liz Warren Earned Millions Of Dollars Over Millions Of Years.”

When mayors attack.
■ At the Gridiron Club dinner over the weekend, ex-Chicago Mayor Rahm Emanuel tweaked presidential candidate Michael Bloomberg: “It’s crazy to think that America is looking for a short, Jewish president. Really? Because if they were, I’d be running.”
■ In a Q&A before the U.S. Conference of Mayors, Mayor Lightfoot roughed up presidential candidate Pete Buttigieg about his time with what columnist Will Bunch calls the “greedy, slimeball” consulting firm McKinsey & Co.
■ Politico: In a dramatic shift from 2016, the nation’s big-city mayors are shifting left with their presidential endorsements.
■ Illinois Republican congressional candidate Jeanne Ives gets a Pants-on-Fire rating from PolitiFact for an attack on Democratic Rep. Sean Casten.

What went wrong. The Washington Post has pried loose more than 2,000 pages of secret government documents revealing that three presidential administrations have reached no consensus on the Afghanistan war’s objectives, let alone how to end it all.
■ Post reporter Craig Whitlock: “U.S. officials constantly said they were making progress. They were not, and they knew it.”
■ The Post’s James Hohmann: “The Afghanistan Papers show the corrosive consequences of letting corruption go unchecked.”
■ How the Post did it.

Wrld news. Rapper Juice Wrld—aka 2017 Homewood-Flossmoor High School graduate Jarad Higgins—is dead after a “medical emergency” at Midway Airport.
■ Two of the guards who arrived with him on a private jet were arrested on gun charges.
■ Wrld contributed this song to Spider-Man: Into the Spider-Verse.

Chicago’s school without a student. A Tribune editorial ridicules the difficulty of closing an empty high school—a move that requires “two community meetings and … a hearing before the Chicago Board of Education can vote to do what should be done.”
■ A suburban teacher is suing her district, alleging harassment over her use of medical marijuana to treat arthritis.

Poor poor pitiful him. Secretary of State Mike Pompeo stepped in it with his introduction of singer Linda Ronstadt (correction) at the State Department at the Kennedy Center over the weekend.
■ Big Bird and Oscar the Grouch puppeteer Carroll Spinney is dead …
■ … as is Star Trek and sitcom star and Disney voice René Auberjonois. 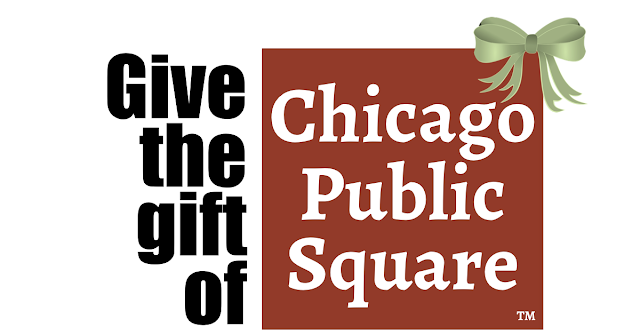 Thanks to reader Pam Spiegel correcting the Ronstadt item above.