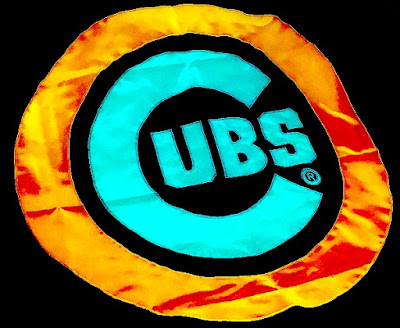 ■ The Cubs plan to meet with Chicago’s Muslim leaders to talk it over.
■ Trib columnist Rex Huppke: “They can say it has nothing to do with the Cubs all they want. But without taking serious action to address this level of intolerance … Chicagoans … will be left to wonder just how far the apples fell from the tree.”
■ Mayor Emanuel’s smackdown: “Joe Ricketts once said that I do not share his values. … I am proud not to share his bigoted opinions.”
■ Steve Greenberg in the Sun-Times: “Old Joe may not have a day-to-day role in running the Cubs, but he’s cashing ownership checks. Unless and until that ceases, his gilded offspring should be questioned at every turn about what steps they are taking to make Cubdom a brighter, better place for all.”

Choosin’ time. The Sun-Times has launched its endorsements in Chicago’s aldermanic races.
■ The Trib’s latest endorsements include an alderman who threatened to “kick [the] ass” of anyone who recorded him secretly.
■ A member of Congress wants special monitors to keep an eye on the race involving scandalized—but still powerful—Ald. Ed Burke.
■ An alderman whose reelection both papers have endorsed is under investigation for suspicion of filing a false police report on a woman he’d been dating.
■ Ready to vote? The Chicago Public Square voter guide is a good place to start. 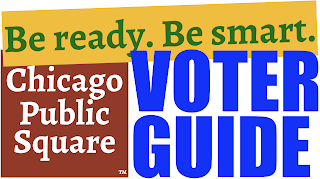 Chicago + Oak Park + Oak Lawn + Evergreen Park + Norridge …? Chicago mayoral candidate Garry McCarthy says the city could address its budget problems by absorbing some of its largest suburbs.
■ It’s on between Toni Preckwinkle and Susana Mendoza.
■ WFLD-Ch. 32 is grudgingly planning a second televised debate for some of the mayoral candidates locked out of its original scheme.
■ The liberal group Indivisible Chicago will host a forum next week featuring just two candidates.
■ In a jam-packed field, the city’s long-ineffectual Republican Party hopes to have an impact.

Expressway shooting victim. State police are looking for help figuring out who killed a postal worker on I-57 near Oak Forest.
■ A man with autism acting violently in an emergency room was calmed with singing and dancing by a Loyola University Medical Center safety officer whose son is autistic.
■ From last week, Samantha Bee’s appeal to cops: Deaf Lives Matter.

A nice storm. Chicago dodged the worst of a predicted ice storm …
■ … so maybe the city can make some progress fixing all those potholes.
■ Car damaged by a Chicago pothole? You may be able to collect from the city.

Uh, President Trump …? Guess what he didn’t talk about in his State of the Union address?
■ The Sun-Times’ Lynn Sweet: “For once, Trump spoke the truth” as he acknowledged Democratic congresswomen in a sea of white.
■ The AP fact-checks Trump and the Democratic response.
■ One of the president’s guests last night fell asleep during the speech.

‘Reporters: Please, for the love of God …’ The Washington Examiner’s Becket Adams condemns ex-New York Times editor Jill Abramson’s immodest description of her approach to interviews.
■ Craigslist founder Craig Newmark is gifting $5 million to launch a Center for Ethics and Leadership at journalism’s Poynter Institute.
■ The Sun-Times’ Neil Steinberg reflects on the news business’ challenges in the internet age: “Gutenberg went bankrupt,” but “eventually book publishers found a way to make money. … So will those in the news business.”

Thanks … for inspiration this issue from Alan Robinson.