‘Corporate chickens__t.’ Esquire’s Charlie Pierce says CNN’s decision to hire a recently departed official of President Trump’s administration to coordinate political coverage for the 2020 campaign should “should occasion an uprising” among the network’s journalists …
■ … who are, by several accounts, at least “demoralized.”
■ Vox’s Matthew Yglesias: “Trump being in office is good for CNN executives and for the executives at the larger AT&T conglomerate, and they are hiring Jeff Sessions’ top flack to help run their 2020 coverage.”

‘Bad for pretty much everyone in journalism.’ Splinter’s Jack Crosbie flags Supreme Court Justice Clarence Thomas’ suggestion the court should consider rolling back a landmark ruling that gave the media free rein to criticize public figures …
■ … a shift that would bode well for a 16-year-old suing The Washington Post for a quarter-billion dollars over its coverage of his interaction with a Native American activist last month near the Lincoln Memorial.

Here we go again. Politico’s review of Twitter data and interviews with data scientists suggest “foreign state actors” are aiming a disinformation campaign at Democratic presidential candidates.
■ Political campaigns can target and track you through your phone and TV—and the rules governing it are loose.
■ New York’s Eric Levitz says Bernie Sanders’ campaign figures “the fact that his fingerprints are all over his rivals’ platforms is an unambiguous strength.”
■ Hundreds turned out in Chicago yesterday to protest President Trump’s build-the-wall “emergency.” 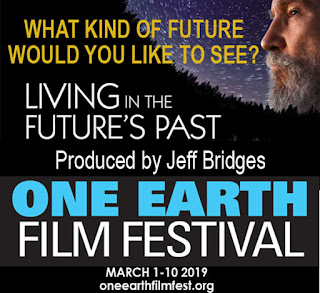 ‘Everyone’s gonna have to take off their shirts. The girls can keep their bras on. And if your body is better than mine, then you get a raise.’ That’s what a Chicago alderman allegedly told his aides in 2015.
■ WBEZ grades aldermen for their meeting attendance and concludes the average grade is a D.
■ A Chicago commission fully appointed by Emanuel has OK’d a near-$1 billion boost for the Lincoln Yards development along the Chicago River—a plan one alderman condemns as “a shell game”—despite residents’ call for a delay until after the election.
■ Ready to vote? The Chicago Public Square voter guide is here for you.

Illinois’ gambling problem. ProPublica and WBEZ report that since the “crack cocaine of gambling”—video slot and poker machines—became legal in Illinois in 2012, the state hasn’t convened “a single hearing or … even a cursory study of the potential impact.”
■ Earlier: Video gambling hasn’t delivered on its revenue promises.
■ Updating coverage: Gov. Pritzker was set to spell out his first budget plan today.
■ Illinois’ minimum wage is headed to $15 an hour by 2025.
■ Surprise plans to close a suburban hospital are drawing outrage, but the state can’t do much to stop it—anymore.

Fox investigating warming henhouse. The Post says the Trump administration is launching an investigation of climate change, to be led by a man who says carbon emissions linked to global warming are a good thing—and who’s admitted to taking cash from a coal company.
■ After the shutdown of a Willowbrook plant spewing cancer-causing air pollution, residents of Lake County in Illinois are still waiting for similar action against two plants dumping the same poison into the atmosphere.

‘The situation is a mess.’ A Tribune editorial on the alleged—and allegedly false—“hate crime” against Empire actor Jussie Smollett: “It says nothing about future reports of hate crimes. They do occur.”
■ The Sun-Times’ Neil Steinberg on early and apparently misguided reactions to the Smollett case: “Shutting up is an art form.”
■ The Trib’s Mary Schmich: “The first-day story is never the whole story.”
■ Without much elaboration, Cook County State’s Attorney Kim Foxx has recused herself from the case.
■ Smollett pleaded guilty in 2007 to giving police false info.

Bike theft bonanza. In the latest in a series of more than a dozen Chicago bicycle store smash-and-grabs, thieves got away with five bikes worth more than $24,000 …
■ … and now the owner says he may close.

‘Nothing is ever forgotten.’ Kids tell The Atlantic what it’s like to realize, in the age of social media, that Googling yourself is a rite of passage—and then to learn your whole life is online.
■ On Twitter, some women are noticing that “one or two men always, no matter what, reply to their tweets.”

Keep Chicago Public Square coming. Thank you for your support …
■ … and thanks to reader Pam Spiegel, first to note the misspelling of “Jussie” and a duplicate occurrence of the word should above.
■ … and to Sharon Rosenblum for noting an erroneous year for the legalization in Illinois of video slot and poker machines.