Once more, with feeling. Updating coverage: President Trump was on the verge of a second impeachment—this time, with some Republicans on board. 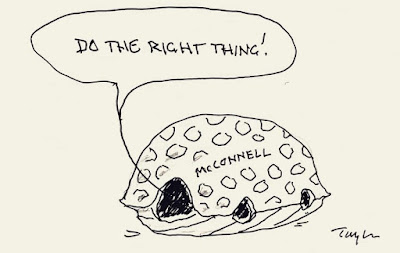 ■ Democrats opened with the assertion that Trump’s message to the mob that invaded the Capitol last week “was unmistakable.” (Cartoon: Keith J. Taylor.)
■ Vox reminds us how all this works.
■ Wonkette’s Evan Hurst, live-blogging the proceedings: “Trump is now the subject of fully half of all impeachment hearings in the history of America. It’s, like, synonymous with his name now.”
■ Impeachment could pave the way for that huge Trump sign to be removed from Chicago’s Trump Tower.
■ Derek Thompson in The Atlantic: Trump’s already been “impeached in the free market” …
■  … including Disney and Walmart …
■  … and YouTube.
■ New York City is cutting the Trump Organization’s contract to run a golf course, two ice rinks and the Central Park Carousel.

A ‘startling allegation.’ That’s how Politico describes a Facebook video address in which a New Jersey Democratic representative says she saw fellow members of Congress escorting people on what she called “reconnaissance” through the Capitol the day before the insurrection that left at least five dead.
■ Due in court this afternoon Friday: A 45-year-old Chicago-area man arrested for threatening Joe Biden’s inauguration: “We will surround the [expletive] White House and we will kill any [expletive] Democrat that steps on the [expletive] lawn.” (Link updated.)
■ A Georgia man arrested after joining last week’s mob killed himself.
A Capitol hero. A lone Black cop used himself as “bait” to lure rioters away from the Senate.
■ About 200 Illinois National Guard members are headed to D.C. for the inauguration …
■  … which will be celebrated with a star-studded, Tom Hanks-hosted special to be broadcast online and over the air.
‘Why wasn’t the Capitol mob carrying guns?’ The Sun-Times’ Neil Steinberg has some theories.
■ Steinberg’s fellow columnist Phil Kadner: “Will you know when the civil war has begun?”
■ The Tribune’s Dahleen Glanton: The Capitol assault reveals “that any of us could be living next door to a domestic terrorist.”
■ Racist stickers (including “Straight, White and Proud”) have popped up in Chicago’s Lincoln Square neighborhood.
■ A Sun-Times editorial: The Chicago police union’s insurrection-defensive president should quit or be forced out.
‘Selfishness and arrogance.’ Illinois Democratic Congressman Brad Schneider is blaming his contraction of COVID-19 on the anti-mask Republicans with whom he was holed up during the Capitol assault.
■ He’s one of at least three Democrats who apparently got it the same way.
About those shots … Chicago’s top doc says it’ll probably be weeks before COVID-19 vaccinations move beyond health care workers to include the general population of 65 and older …
■  … but the city is easing up on its pandemic travel restrictions.
■ Chicago school teachers who refused to show up for class in the pandemic—and who then were locked out of their virtual classrooms—this morning protested outside the school board president’s home.
Illinois’ next House speaker? Signs were pointing to State Rep. Emanuel “Chris” Welch as the successor to embattled Michael Madigan …
■  … despite questions about his treatment of women …
■  … which, Politico Illinois reports, seemed to have little impact on his support among female lawmakers.
■ A Democratic representative warns the Tribune’s Eric Zorn: “After we get rid of Madigan it’s not suddenly going to be sunshine and rainbows.”
■ Chicago Ald. Carrie Austin’s been fined a record $145,500 for taking illegal campaign contributions.
‘The First Amendment is limited to government action, not publishers and website owners.’ Trib columnist Clarence Page: “As much as Trump has clutched his Twitter as affectionately as a big bucket of KFC chicken, he can hardly claim to have been silenced.”
■ Washington Post analysis: “From the election to the riot, nearly a third of Facebook’s top link posts were from right-wing media.”
■ Post media columnist Margaret Sullivan assesses journalists’ work in the Trump era: “The reality-based national press … has managed to do its job—with dedication and with bravery.”
■ The guy who invented the World Wide Web, Sir Tim Berners-Lee, has a plan for an internet “do-over.”
Square regrets the errors. Yesterday’s edition of Chicago Public Square twice erroneously referred to the Jan. 6 siege of the Capitol as a “rally.” And it misstated the recording date of Ken Jennings’ debut as a Jeopardy! guest host. Square hates mistakes, but it loves having readers like Pam Spiegel and Gretchen Feld, who took time to help set things straight. 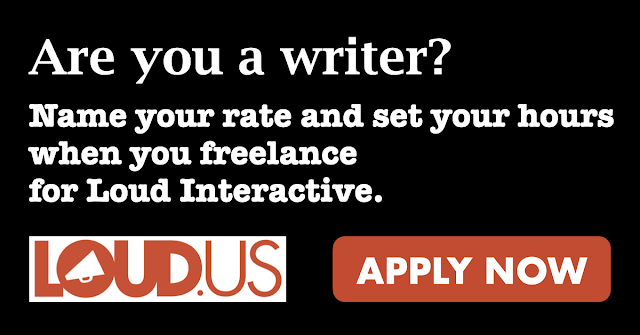