Protests work. Over a weekend of largely peaceful demonstrations—nationwide and in Chicago—an array of societal reforms have gained remarkable new support:
■ A veto-proof majority of city lawmakers in Minneapolis—where the murder of George Floyd provided the protests’ flashpoint—now supports dismantling that city’s police force and starting over.
■ The Guardian explains “defund the police.”
■ Minneapolis City Council members have already voted to ban cops’ use of chokeholds …
■ … as has Denver’s police department.
■ California’s governor has forbidden officers’ use of the carotid hold, which cuts off blood to the brain.
■ A Sun-Times editorial: Time to rewrite Chicago police contracts that “make it virtually impossible to hold rogue officers to account.”
■ Tribune columnist Dahleen Glanton: “Time to weed out the thugs who hide behind the badge.”
■ HBO’s John Oliver (in video free on YouTube) details U.S. policing’s entanglement from the start with white supremacy …
■ … and gives no pass to Democrats, noting Joe Biden’s suggestion that cops be trained to shoot people in the leg instead of the heart: “Biden … is truly the ‘getting shot in the leg instead of the heart’ candidate right now.” 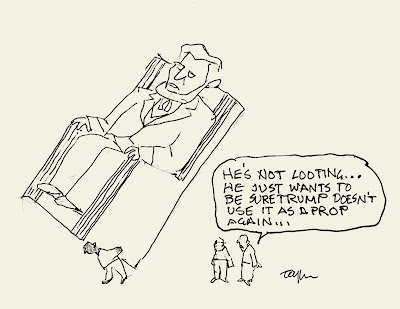 ■ Kneeling at the Capitol, congressional Democrats have unveiled a new plan for nationwide police reform.
■ President Trump is calling off the National Guard in D.C.—for now. (Cartoon: Keith J. Taylor.)
■ Meanwhile, The Verge counsels, “If you see the cops, start recording.”

Protests work. Axios recounts how, over the course of three days last week, some of the National Football League’s brightest stars—with help from a couple of rogue staffers, one of whom said he was ready to lose his job—forced the league to reverse its stand on players’ right to protest peacefully.
■ Predictably, Trump is pouty about that.
■ ESPN’s Howard Bryant: “It matters that [NFL Commissioner] Roger Goodell didn’t say Colin Kaepernick’s name” as he made the announcement.
■ The Marines have ordered all Confederate flags removed from public display—including bumper stickers, clothing, mugs and posters.
■ Washington Post commentary: “Robert E. Lee is my ancestor. Take down his statue, and let his cause be lost.”

Protests work. Newsroom uprisings have forced out leaders at The New York Times and The Philadelphia Inquirer—and are putting heat on the Pittsburgh Post-Gazette and The Washington Post …
■ … whose media columnist, Margaret Sullivan, writes, “Journalists and their newsroom bosses shouldn’t be trying to make their work inoffensive.”
■ The Times’ Ben Smith: “Seeing the brutality of a white power structure toward its poor black citizens up close … helped shape the way a generation of reporters, most of them black, looked at their jobs. … And by 2014, they had in Twitter a powerful outlet.”
■ Arizona State University has retracted a journalism school deanship offered to a woman accused of racism.

Protests don’t always work. Experts tell the Post this time feels different, but massive civil rights reforms have often fallen short of expectations over the course of American history.
■ Jesse Jackson recalls for NPR: “Nixon was able to turn the riots ... to scare white people and elect himself on a law-and-order basis.”

And protests are dangerous. The Illinois Department of Public Health is urging anyone engaging in group demonstrations to get a free COVID-19 test five to seven days later.
■ Conservative columnist Jonah Goldberg slams epidemiologists who “erode the public trust when they tell people to stay home from church but encourage protests for a cause with which they agree.”
■ More than 500 epidemiologists tell The New York Times when they expect to be able to fly, hug and do 18 other everyday things again.
■ New Zealand says its last remaining COVID-19 case has recovered …
■ … and so it’s lifting almost all its social distancing rules.

Lightfoot’s temper. Politico reports (in the middle of today’s newsletter) City Council chairs are seeking a tactful way to advise Mayor Lightfoot to tone down her angry rhetoric …
■ … at least some of which has come Chicago Public Square’s way (May 30 link).
■ The mayor’s nightly 9 p.m. curfew is history …
■ … and some lakefront parks and libraries are open again.
■ WBEZ: Here’s what could set back Chicago’s pandemic reopening plan.

Chicago reparations. The City Council is near a plan to study whether and how to compensate Chicagoans who are the descendants of slaves.
■ The Sun-Times dissects Chicago’s most violent day in 60 years—May 31, when the city saw 18 murders in 24 hours.

Thank you. Over the weekend, the upstart Chicago Independent Media Alliance’s fundraising drive, savechicagomedia.org, passed the $100,000 mark. Your Square publisher therefore in gratitude makes good on a pledge to post something mildly amusing … here.
■ And thanks, Chris Koenig and Mike Braden, for making this edition better. 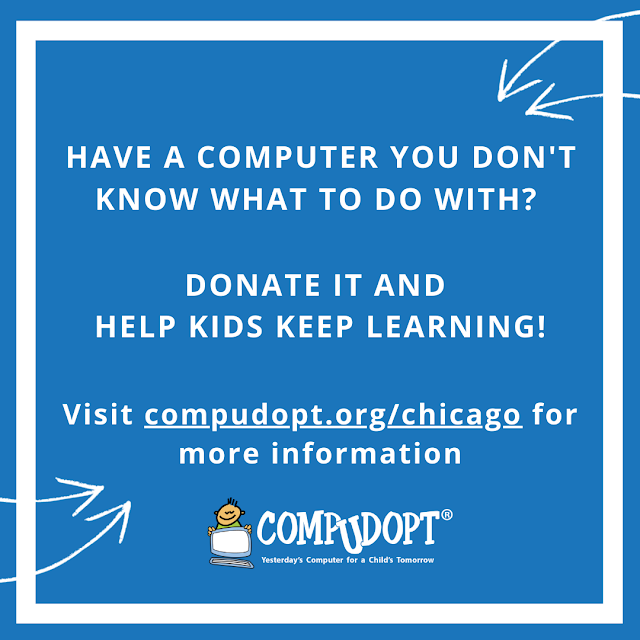