‘Needless suffering and death.’ Updating coverage: Testifying to the Senate, the nation’s leading infectious disease expert, Dr. Anthony Fauci, said he’d sound the alarm about states taking President Trump’s cue and reopening too soon.
■ But, hey, Trump’s sending the Navy’s Blue Angels to amuse you in the skies over Chicago for about 15 minutes around lunchtime.

‘Another disgraceful, racist, temper tantrum.’ Trump’s under fire for a contentious end to his Monday news conference.
■ See the exchange here.
■ MSNBC’s Rachel Maddow: “The president … is visibly struggling. There’s something wrong.”
■ The Washington Post’s Aaron Blake dissects what might be “the wrongest thing Trump has said about coronavirus.”
■ Vox: “With the U.S. leading the world in deaths and the number of new cases in the country not yet showing a strong downward trend, Trump believes fresh conspiracy-mongering about Obama is politically useful.” 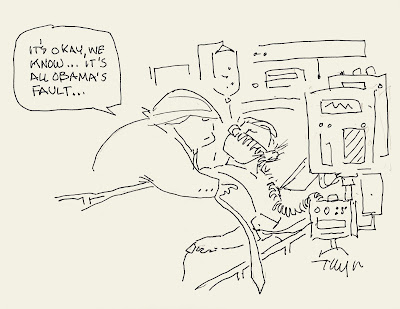 ■ Trump launched another tweet rant this morning. (Cartoon: Keith J. Taylor.)
■ As COVID-19 creeps closer to the president—who’s said he can’t see himself wearing a mask—his administration is ordering that all staffers entering the West Wing wear one, and that they avoid going there “unless you absolutely need to conduct in-person business.”
■ Exposed to the virus by one of his staffers, Vice President Pence isn’t quarantining himself, but he is keeping his distance from the president.

‘Incompetent.’ In an interview with ABC, Joe Biden said Trump’s response to the pandemic has been lousy from the get-go.
■ The Guardian: How the president could use the pandemic to undermine the November election.
■ The Intercept’s Murtaza Hussain: “There’s no one worse than Trump on climate.”

Get tested. Chicago’s opening six new COVID-19 testing sites, specifically for people with symptoms—and for essential workers, whether they have symptoms or not.
■ Need a mask? Here are some giveaway sites in Chicago this week.
■ Wired: When we have a vaccine, who gets it first?
■ Gov. Pritzker’s pushing back his estimate of when the Chicago area can enter the next phase of reopening.
■ The governor’s working from home after a staffer tested positive.
■ Chicago magazine’s Edward McClelland: “It’s in Trump’s interest to bail out Illinois.”
■ Suburbs and small towns across the state are feeling the squeeze.

COVID cover. A key Chicago City Council committee is sending the full council an ordinance to protect workers from penalties for absences tied to the pandemic.
■ Is your Illinois license plate sticker expired? Sweat not.
■ Self-employed workers in Illinois can apply for pandemic unemployment benefits, but Step One is to get rejected for regular benefits.

Pandemic pet scams. The Better Business Bureau warns of schemes to separate cash from people seeking puppy companionship.
■ A detainee who escaped Cook County Jail by claiming to be another inmate is back in custody.

Supreme showtime. Another round of oral arguments before the Supreme Court was off and running this morning.
■ On the docket: Trump’s efforts to keep a lid on his personal financial records.

Hamilton at home. More than a year before it was to have made its debut in movie theaters, Lin-Manuel Miranda’s masterpiece will instead show up on the Disney+ streaming app July 3.
■ Miranda shared the news with a brief video on Twitter. 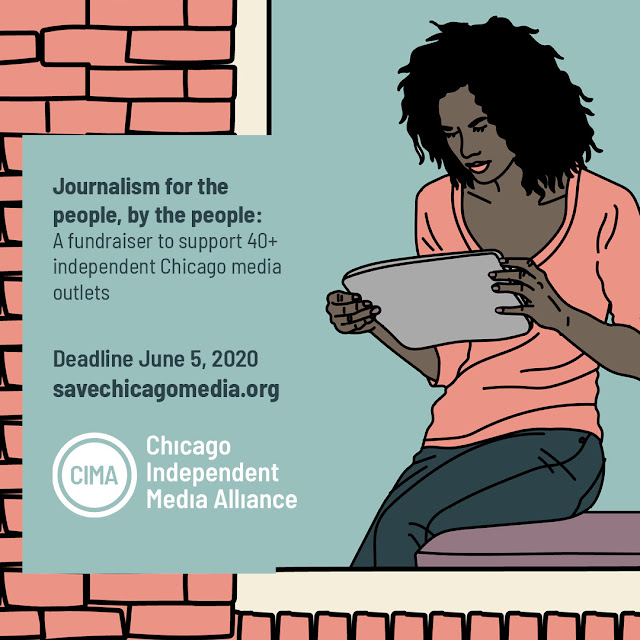