‘The worst action yet.’ The Atlantic’s David Frum says President Trump’s Oval Office address last night fit a pattern: “Trump’s policy regarding coronavirus has unfolded as if guided by one rule: How can I make this crisis worse?”
■ Funny thing: Trump’s travel ban excludes countries where he owns struggling golf courses …
■ … and it seems likely to be ineffective in any event. 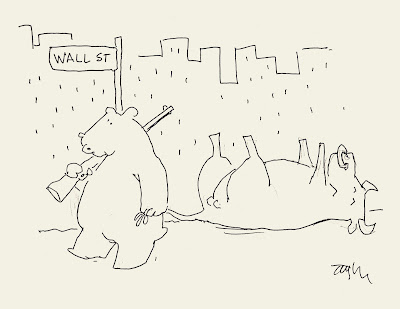 ■ Wall Street was not impressed. (Cartoon: Keith J. Taylor.)
■ The address was more notable for what Trump didn’t say.
■ Consumer Reports offers counsel a more user-centric president might have shared: Stuff you might need if you’re quarantined at home.
■ Chicago radio veterans John Landecker, Bob Stroud and Matt Bisbee have produced a timely Beatles parody: Why Don’t You Wash Your Hands?

Now it’s a crisis. Tom Hanks and his wife, Rita Wilson, say they’ve tested positive for COVID-19.
■ Illinois’ flagship universities are moving classes online.
■ Illinois High School Association basketball tournaments will be limited to 60 fans per school.
■ Congress is closed to the public through April 1.
■ The NBA has suspended the rest of its season …
■ … after the positive diagnosis for player Rudy Gobert, two days after he mockingly touched reporters’ mics and recorders at a news conference.
■ Late-night TV shows are giving up live audiences.
■ Stephen Colbert: “It’s only March, and 2020 has done the impossible: Made me nostalgic for 2019.”
■ The cruise business is sinking.
■ Amtrak is in trouble, too.
■ A Vox chart shows how canceled events and self-quarantines save lives.

‘Thoughtful.’ A Trib editorial hails Chicago’s decision to cancel this weekend’s St. Patrick’s Day parades as “a good call” …
■ … which makes the timing of this whiskey ad wrapped around the Trib’s front section this morning all the more unfortunate. 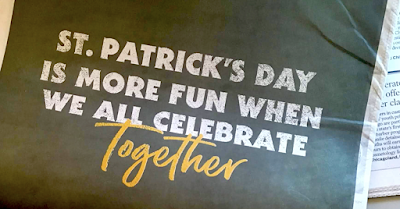 ■ A COVID-19 positive at Prudential Plaza has cast a shadow over several media companies HQ’d there.
■ A Sun-Times editorial details a trial run for today: “All but a handful of our … journalists and support staff … will be working from home.”
■ Vox’s Ezra Klein warns “social distancing” will trigger “a collapse in social contact that is particularly hard on the populations most vulnerable to isolation and loneliness—older adults and people with disabilities or preexisting health conditions.”

After man. Photos compare famous places before and after the coronavirus pandemic.
■ Italy has closed nearly all its stores—except groceries and pharmacies.

Whither the Illinois primary? Because polling places are unlikely to draw huge simultaneous crowds, Tuesday’s vote is (as of Square’s email deadline) still on.
■ Today’s the last day to request a ballot by mail in Chicago or Cook County.
■ Don’t forget those referendum questions up for a vote.
■ Get help deciding: Check the Chicago Public Square voter guide. 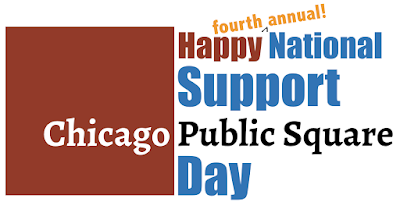 A less raucous discussion? Bernie Sanders’ decision to stay in the presidential race means Sunday’s debate with Joe Biden is still on—but without an audience.
■ Sanders’ speech Wednesday might be seen as what The New York Times calls “an opening gambit for a list of concessions he would seek … if he were to drop out of the race” …
■ … or, as NPR puts it, “a path to win over his movement.”

Rickshaw rides, anyone? The Chicago City Council is close to a ban on horse-drawn carriages.
■ Ravinia has announced its 2020 lineup. 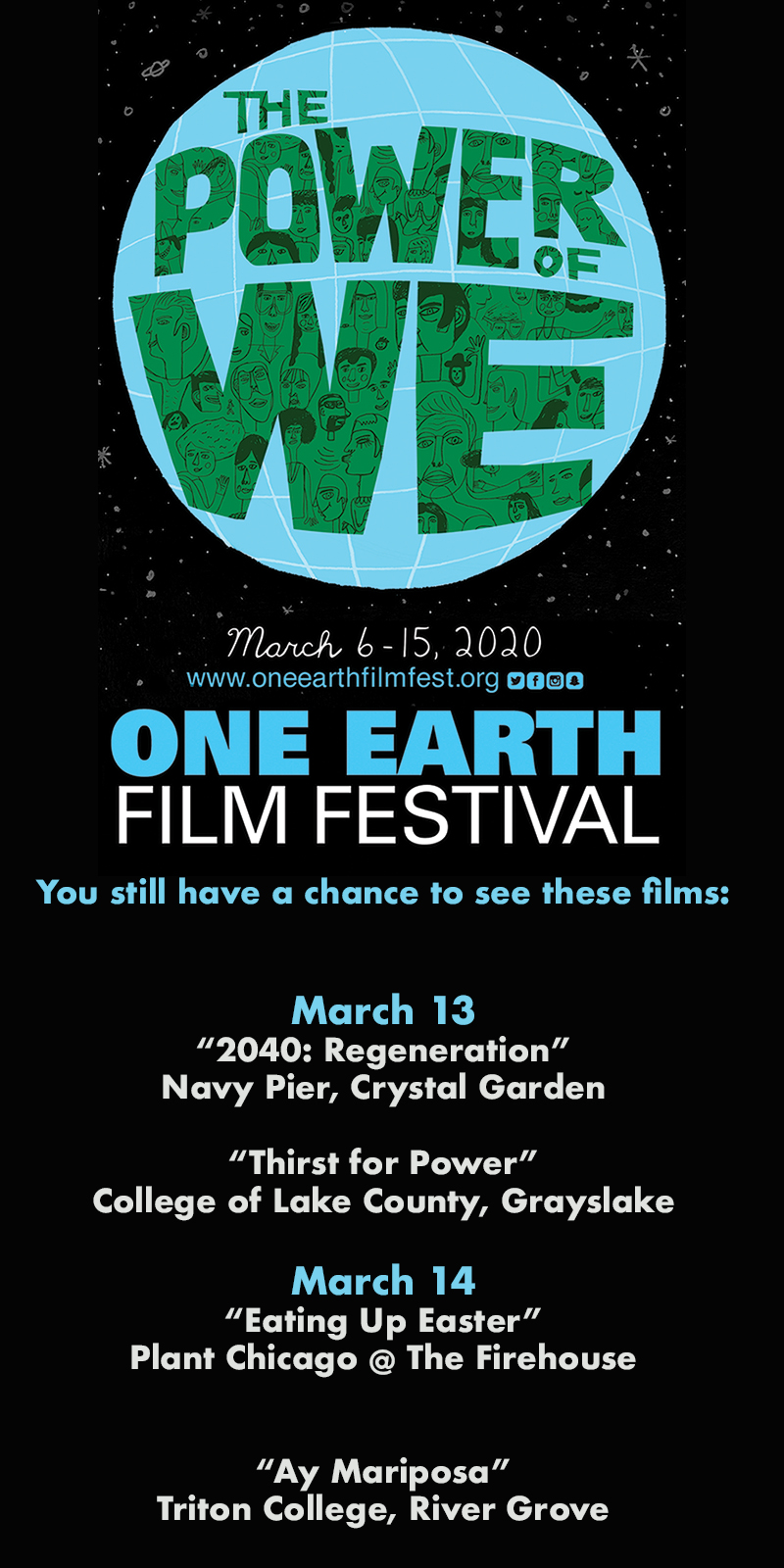 One Earth Film Festival is a Chicago Public Square advertiser.

Thanks to reader Chris Koenig for so many great Square links suggestions, to Pam Spiegel for some appositive thinking on the Hanks item above, and to Tom O’Malley for catching a misspelling on Gobert.