Biden’s strength. Joe Biden rode Tuesday primary results to decisive wins in Michigan, Missouri, Mississippi and Idaho, largely on the votes of working-class voters and African Americans …
■ … leaving Bernie Sanders’ campaign up in the air.
■ At least some Sanders supporters—including former Labor Secretary Robert Reich—want the race to last at least through a Sunday debate in Phoenix: “If his [Biden’s] debate performance is very bad on Sunday … Sanders could have a renaissance.”
■ Tribune columnist John Kass predicts: “The Democratic Party establishment will limit Biden’s exposure to journalists and protect him from … Sanders.”
■ Biden’s explicitly reaching out to Sanders supporters.
■ Dozens of Elizabeth Warren staffers are backing Sanders.
■ The New York Times’ David Leonhardt: Democrats’ “excellent” news is that “turnout is up, way up.”
■ The Trib’s Mary Schmich channels President Trump’s response to the Democratic contest in poetry: “The Dems killed Pocahontas and the bots are helping Bernie / And all of that is helping me repeat my vict’ry journey.”

‘Unfair, frustrating, unacceptable.’ The Trib’s Eric Zorn bemoans the likelihood that “Cook County Democrats will go to the polls Tuesday … without an answer to the central question of whether [State’s Attorney Kim] Foxx betrayed her office.”
■ Illinois Secretary of State Jesse White’s office says it can’t explain how more than 1,000 Illinois residents were improperly classified as not registered for the primary.
■ Ready to vote? Chicago Public Square’s voter guide can help.

St. Pat’s parades off. Chicago’s downtown and South Side celebrations of all things Irish have been canceled for Saturday and Sunday in the face of the COVID-19 pandemic.
■ Germany’s chancellor warns 70% of that country’s citizens could contract the coronavirus.

‘People need … cash without strings attached, and they need it now, not via a complex omnibus economic stimulus package next month.’ A doctor explains in The Atlantic why the government should act quickly to keep people at home during the pandemic instead of choosing between having “to work, and spreading the disease simply because they have no other choice.” 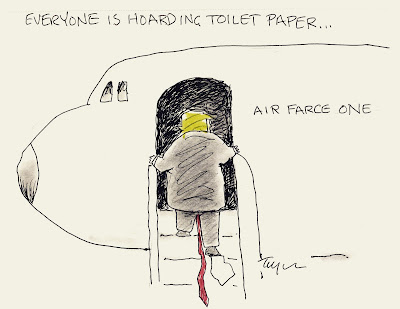 ■ Big companies that rely on hourly workers, including McDonald’s, Walmart and Olive Garden’s parent, are budging—a little—on their sick pay policies.
■ The Trump administration is advising hundreds of thousands of workers to be ready to stay home …
■ … and it may delay the April 15 tax filing deadline. (Cartoon: Keith J. Taylor.)
■ Trib columnist Heidi Stevens: Coronavirus teasing among kids is a real thing.
■ Speaking of compromised health: Nieman Lab’s Joshua Benton suggests a coronavirus-driven recession could push the newspaper business closer to oblivion.

Nation may now need to tap its Strategic Sports Cliché Reserves. The coronavirus has prompted three of the four major North American sports leagues currently active—MLB, the NBA and the NHL— to ban reporters from locker rooms.
■ The Cubs and other sports teams are coming to grips with the possibility of playing in empty stadiums.
■ Hollywood is facing what Variety calls an “entirely unprecedented” crisis.

Be counted. The 2020 U.S. Census is off and running with a form you can fill out online.
■ Names.org is predicting 2020’s most popular baby names. 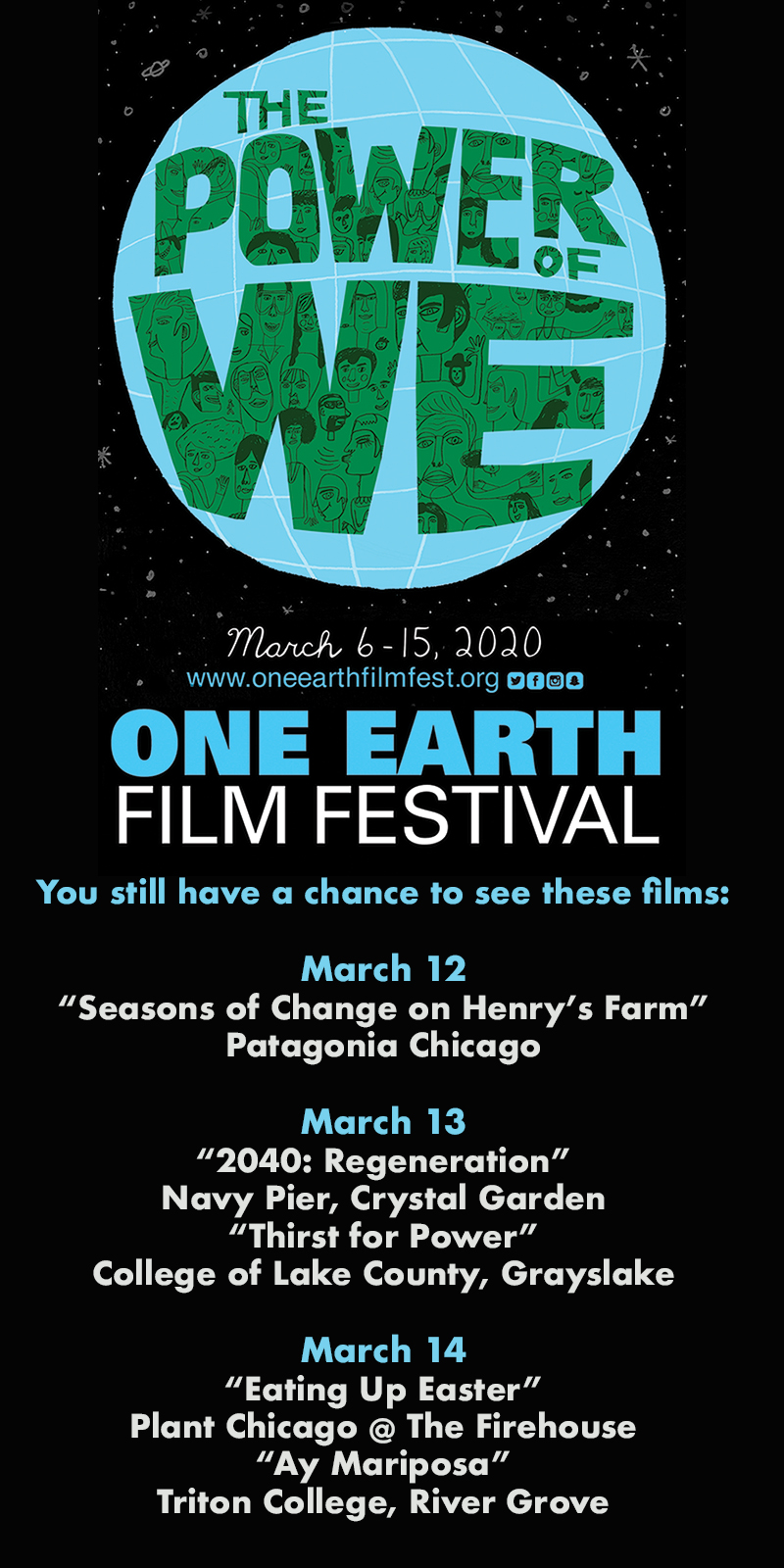 One Earth Film Festival is a Chicago Public Square advertiser.

Thanks to reader Ann Fisher for some clarification of the St. Patrick’s Day Parade item links.