Caucusterf__k.* The idea was that a phone app would speed the results of yesterday’s Iowa Democratic presidential caucuses …
■ … but the party says “a coding issue” meant it couldn’t announce any results last night …
■ … and says it will announce them “as soon as possible today” …
■ … leaving candidates little choice but to declare victory and move on to other states. 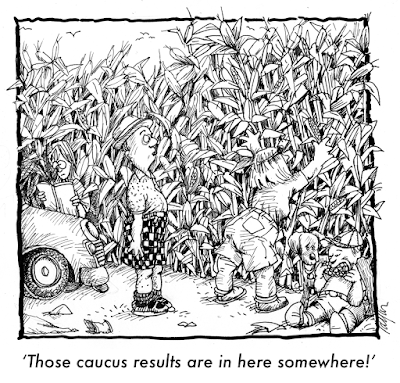 ■ Politico’s Shia Kapos: The foul-up could pave the way for Illinois to hold the nation’s first primaries next time …
■ … a notion Gov. Pritzker advanced in a tweet. (2015 cartoon: Keith J. Taylor.)
■ Poynter’s Tom Jones: “And yet it was absolutely fascinating television” …
■ … that included an awkward moment on CNN.
■ The Onion: “DNC Mulls Asking Donald Trump To Run As Democrat In Effort To Stop Sanders.”

‘He is not who you are.’ In his closing arguments for Trump’s impeachment trial, House impeachment manager Adam Schiff made a direct repeal appeal to Republicans.
■ Schiff’s speech was one for the ages, and you can watch it here.
■ Schiff’s gotten at least one death threat.
■ Now the senator-judges get to make speeches …
■ … and the president gets a chance to respond formally tonight in his State of the Union address.
■ Vox’s Matthew Yglesias: “It would be extraordinarily out of character for President Donald Trump to avoid excessive boasting and inaccurate claims. … But … the American economy really is doing pretty well.”
■ The Tribune’s Rex Huppke imagines Trump’s address: “Speaking of money, I’m going to get the Treasury Department to start depositing some directly into my accounts.”

‘He made people cry.’ Chicago Public Schools Inspector General Nicholas Schuler is out after anonymous complaints about his managerial behavior.
■ Details are emerging about Lincoln Park High School’s sports scandal: Sexual misconduct, witness retaliation, lies to families and financial mismanagement.
■ Meals designed by renowned chefs are on their way to Chicago school kids.

$18,000. That’s one estimate of what every person uncounted in this year’s census will cost Illinois in federal funding over the next decade—which is why Cook County is encouraging you to register yourself at a new public computer.
■ Candidates for Cook County circuit court clerk are struggling to portray themselves as outsiders best positioned to reform an office whose technology is stuck in the 20th Century. 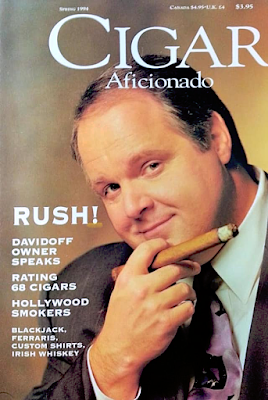 ‘I would like a medal for smoking cigars.’ That’s conservative radio icon and Cigar Aficionado coverboy Rush Limbaugh in 2015, playing down smoking’s link to lung cancer …
■ … an advanced case of which he’s now been diagnosed with.
■ Democratic presidential candidate Tulsi Gabbard tweeted to Limbaugh: “I and my family send our love.”
■ Here’s Limbaugh’s PolitiFact scorecard.

‘Disgusting,’ ‘empowering.’ Trib columnist Heidi Stevens ponders how that Super Bowl halftime show featuring Jennifer Lopez and Shakira could merit both those adjectives at the same time.
■ Music biz analyst Bob Lefsetz: “If I was J.Lo’s manager, I’d be hiding.”

Tender memories. Believe it or not, women weren’t allowed to tend bar in Chicago until 50 years ago.
■ The Portillo’s restaurant chain is sending a food truck around the country, inviting people to vote for the cities it should visit next.

‘Sudden departure.’ Media watchdog Robert Feder calls Tribune Publishing CEO Tim Knight’s resignation “a sign that the Chicago Tribune may be moving closer to the apocalypse.”
■ Chicago-born games company Cards Against Humanity is buying The Onion’s spinoff, ClickHole, turning it into a majority employee-owned company.
■ ClickHole’s lead story this morning: “Our Computer Has Become Infested With Crickets And ClickHole Is Temporarily Going On Standby.” 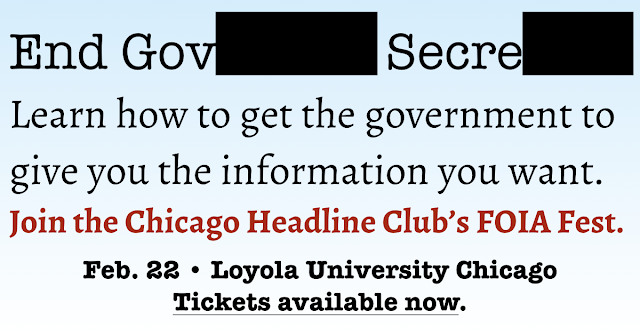 Thanks to reader Jill Brickman for spotting a goof above. (Repeal should have been appeal.)
_____
* Square was not first to employ this term.