Illinois ballot topper. The Democratic presidential candidate who’ll appear first on Illinois primary ballots in March is …
■ A report that Bernie Sanders told Elizabeth Warren a woman couldn’t beat Donald Trump in 2020 is under sharp criticism from Sanders and journalism critics.
■ The Daily Beast: Warren’s and Sanders’ famous friendship is near its expiration date.
■ Politico’s Jack Shafer: “The campaigns are finally going negative. Here’s why voters should be glad.”
■ A black mother of four in Iowa mourns Cory Booker’s decision to fold up his tent: “It’s race. It is race, it is race, it is absolutely race.”
■ The smallest field of 2020 Democratic candidates yet faces off on CNN tonight in the last debate before the Iowa caucuses.
■ It begins at 8 p.m. Chicago time, and you can watch and listen free, even if you’re not a CNN subscriber. 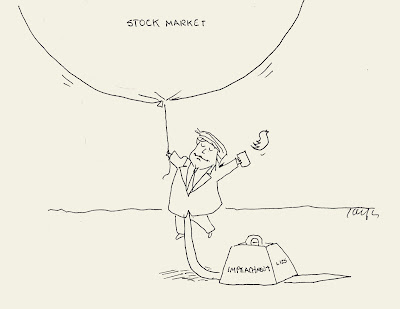 I-Day. Speaker Nancy Pelosi says the House will probably vote tomorrow to send the Senate articles of Donald Trump’s impeachment …
■ … and it looks like Republicans in the Senate won’t take the quick way out. (Cartoon: Keith J. Taylor.)

‘The governor … is disturbed.’ J.B. Pritzker asked for and received the resignation of Illinois Department of Agriculture Director John Sullivan because of the way Sullivan handled—or didn’t—a 2012 email about an alleged “rape in Champaign.”
■ Sullivan writes to WBEZ, which broke the story: “Had I read the email thoroughly, my reaction would have been disgust.”
■ Illinois Comptroller Susana Mendoza is pushing a bill to end “exit bonuses” for state lawmakers who leave before the end of a term but now get paid for days they haven’t worked.

‘Beat cops on steroids.’ Chicago’s acting top cop, Charlie Beck, says he wants to go citywide with a pilot program that designates one officer as a neighborhood “chief of police,” giving every Chicagoan “a phone number of an officer they can call 24/7, 365 to deal with quality-of-life issues.”
■ And he foresees an aggressive and complete restructuring of the police department sooner than later.
■ See video of his address to the City Club yesterday.

Tribune trouble. Facing what its CEO calls “industry-wide revenue challenges,” the parent company of the Chicago Tribune is offering employees voluntary buyouts for the second time in two years—fueling speculation about layoffs after that.
■ But The New York Times seems to be doing OK.
■ The Trib’s former sib, WGN Radio, is cutting its ties to Crain’s Chicago Business after a Crain’s report speculating on the station’s future.*
■ BuzzFeed News compares 20 British news headlines to reveal racist differences in coverage of royal spouses Meghan Markle and Kate Middleton.

Lakefront recovery. After a battering by the weekend storm, Chicago’s lakefront trails are open again.
■ Coming soon: Public release of national data that institutional investors have used to gauge homes’ likelihood to suffer flooding.
■ A Sun-Times editorial: The Trump administration is failing to fund work to save the lakefront from water rising to levels that “should set off alarm bells.”

Windows woes. Microsoft was set to roll out an emergency fix for a security flaw in the most widely used computer operating system, Windows 10—a flaw discovered by the National Security Administration …
■ … which is winning praise for reporting the problem to Microsoft rather than keeping it a secret the NSA could instead have weaponized.
■ Still running Windows 7? Here’s why you should stop.

Oscars homework. The Times rounds up where you can stream this year’s Academy Award nominees.
■ Author Stephen King on nominees’ whiteness: “I would never consider diversity in matters of art.”
■ The Tonight Show’s Jimmy Fallon: “You know there’s a problem when female directors got the same amount of nominations as Cats.” 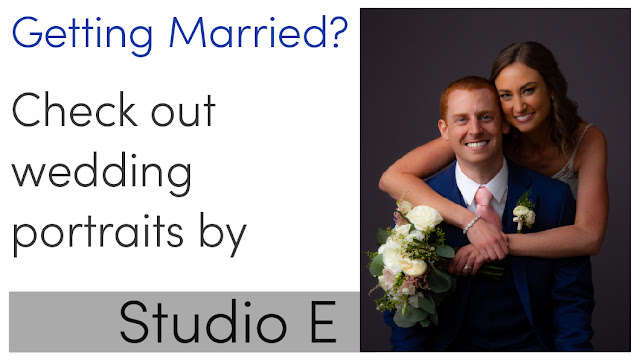 Studio E is a Chicago Public Square advertiser.
Thanks to reader Mike Braden for suggesting a verb fix in the Microsoft item above.

* Disclaimers: Your Square publisher is a former employee of the Trib and WGN Radio and has freelanced for Crain’s. And his son works for the Trib.