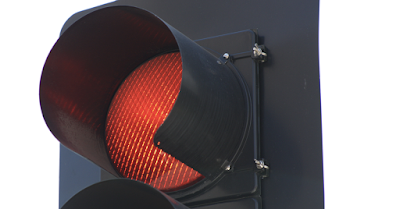 Trump’s ‘terrorism envy.’ Columnist Neil Steinberg condemns “the sheer callous brutality” of the president’s criminal threats to attack Iranian cultural sites.
■ Vox’s Matthew Yglesias: As the crisis escalates in Iran, remember that “Trump is a deeply dishonest person.”
■ Senate Democrats are demanding the president immediately declassify his reasoning for the strike that killed Iranian military leader Gen. Qassem Soleimani.
■ House hearings may be on the way.
■ Huge crowds turned out for Soleimani’s funeral—many vowing revenge on the U.S. 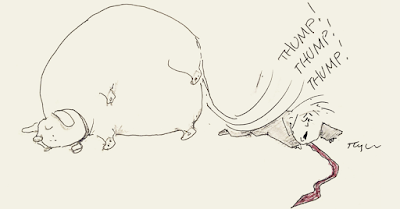 ■ Bloomberg Opinion’s Jonathan Bernstein: If Trump’s aiming for a “wag the dog” strategy to win reelection, “he’s almost certainly making a big mistake.” (Cartoon: Keith J. Taylor.)
■ Vice President Pence has been lying about Soleimani’s links to the attacks of Sept. 11, 2001.
■ Ex-Vice President Joe Biden has been lying about his opposition to the Iraq war “from the very moment” it began in 2003.

Whitney Young scandal. The principal of one of Chicago’s most celebrated high schools has been suspended and its ex-swimming coach faces criminal charges—accused of pocketing almost $30,000 for off-the-books rentals of the school’s pool to outside groups.
■ The Chicago Public Schools inspector general accuses a nursing vendor of bribing a school worker with a vacation home stay.

Windy Shoddy Rehab. The Sun-Times reports a Chicago couple who bought a $1.36 million home featured on HGTV’s Windy City Rehab is demanding the hosts take the place back because of leaks and other problems.
■ Texts reveal one co-host’s contempt for the other: “I don’t want him to f___ with my life or my business anymore.”

Prime-time Jeopardy! Naperville native James Holzhauer faces two other champs beginning Tuesday night in a tournament to determine the game’s “Greatest of All Time” …
■ … but it won’t be live—it happened last month—so no wagering, please.
■ NME rounds up the most controversial jokes Ricky Gervais told as host of last night’s Golden Globes.

Unrelated developments.
■ Chicago’s new marijuana dispensaries have sold so much so fast, many are out of stock and closed today.
■ In the first auction of the new year at a Tokyo fish market, a bluefin tuna sold for the equivalent of $1.8 million—and that’s only the second-highest price on record.