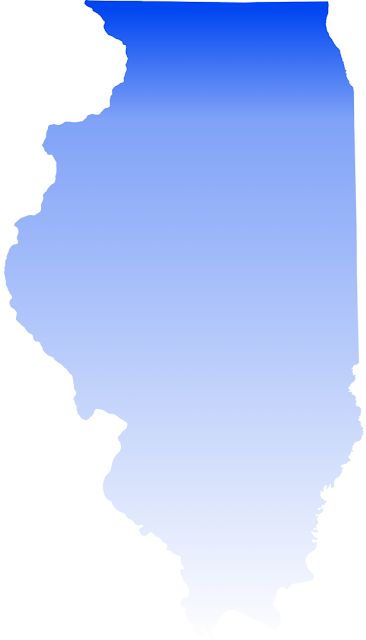 We’re No. 1. Illinois’ population has dropped this decade more than that of any other state in the country.
■ Tribune editorial: “It’s not the weather.”
■ University of Illinois at Chicago political science professor and ex-Ald. Dick Simpson: “The 2020 Census … could cost Illinois two members of Congress.”

Pot shots. The Trib lists Chicago-area communities that will—and won’t—allow the sale of recreational marijuana, which becomes legal in Illinois New Year’s Day.
■ What people can buy, and what they need to buy it.
■ A Chicago dispensary is teaming up with neighboring businesses to amuse a crush of waiting customers with things like cannabis-themed beer and pot-based trivia.
■ A suburban shop just outside Chicago opens at 6 a.m.—with extra cops for traffic control.
■ 18% of the weed stores approved to operate in Illinois won’t be ready to open tomorrow.
■ Chicago police will be out in force New Year’s Eve and again in the morning—but not to bust those getting high outside.

‘A milestone,’ but ‘not success.’ Homicides are down for 2019 in Chicago—but still totaled more than 500.
■ A coalition of community groups says violence prevention programs are working and deserve to cash to grow.
■ A Sun-Times editorial honors Karen Daniel, a lawyer struck and killed last week by a pickup truck—someone who “sought to balance the scales of justice in our state, scales that can be calibrated against black and brown people, women and anybody who has no particular power or money.” 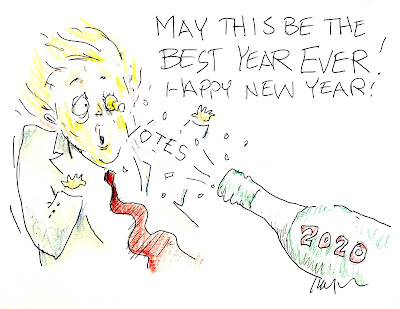 ‘America will switch to an entirely Baby-Yoda-based economy.’ The Trib’s Rex Huppke serves up predictions for 2020.
■ Block Club Chicago’s Mina Bloom: 15 things you didn’t know about one of Chicago’s biggest stories of the year, the saga of Chance the Snapper.
■ Media columnist Robert Feder recaps a bleak year for Chicago media.
■ The Sun-Times revisits the 2010s’ big Chicago projects that never were. (Cartoon: Keith J. Taylor.)

Decades debate. Mashable’s Caitlin Welsh invokes The Big Lebowski to silence those who—like your Square publisher—have contended “the decade” doesn’t end until a year from now: “You’re not wrong. You’re just an asshole.”
■ But it’s definitely the end of the teens.
■ Columnist Deb Amlen reviews the decade in New York Times crosswords: “Some of you are thinking, ‘The new decade doesn’t start until 2021, Deb. Duh.’ Just roll with me on this.”
■ All the lyrics to Auld Lang Syne.

Signature moves. Failure to achieve petition thresholds means two veteran pols are backing out of a couple of campaigns:
■ Under-federal-investigation Chicago Ald. Carrie Austin is abandoning her quest to stay on as Democratic committeeperson.
■ Ex-Cook County Board President Todd Stroger is out of the race for a seat on the Metropolitan Water Reclamation District Board.

Why you’re getting all those privacy notices. Credit California.
■ President Trump has signed a law aimed at reducing those damned robocalls.

Last call. The discount on Chicago Public Square pledge levels expires at midnight tonight, Dec. 31. Get your perks at a bargain rate with the code HOHOHO. 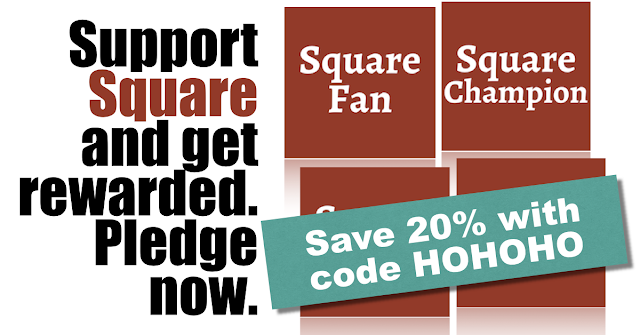 Thanks to reader Charlie Pajor for spotting a typo in the violence prevention item above.