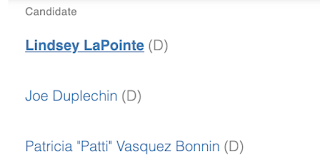 ‘It never ends.’ Comedian, former WGN Radio host and now Illinois House candidate Patti Vasquez opens up about why she’s used that name professionally and not her legal name, Patricia D. Bonnin: Because her half-brother, Michael Bonnin, was one of serial killer John Wayne Gacy’s victims.
■ Gov. Pritzker is plowing $5 million into the campaign to win voter authorization for higher state income taxes on the wealthy.

‘Democrats are bringing a spork to a gunfight.’ The Trib’s Eric Zorn says the party should ratchet up its PR campaign for impeachment. 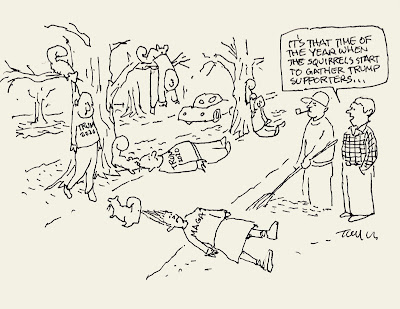 ■ The Washington Post’s Jennifer Rubin condemns U.S. Attorney General William Barr’s interview with NBC News as “the most dishonest, frightful and deplorable given by an attorney general in modern times” …
■ … and NBC’s Pete Williams is getting some of the blame.
■ Vox: Air pollution is much more dangerous than you know—and the Trump administration is making it worse. (Cartoon: Keith J. Taylor.)

‘Merit’-less. Chicago’s interim police chief is ending promotions for Chicago cops under the city’s widely-condemned “merit system.”
■ Tribune columnist John Kass explains “merit” this way: “All you have to do is be somebody’s somebody: A friend, a girlfriend of a boss, brother, wife, somebody who knows somebody who has the political and bureaucratic juice to promote you.”
■ The Trib’s Dahleen Glanton: Time for Chicago to join the ranks of big cities with female police chiefs.
■ The city already had a female top cop: Actress Jennifer Beals, in the fictional Chicago Code TV series.

Truck down. Two Chicago Park District workers crawled to safety today after their salt truck slid into Lake Michigan off a snow-dusted bike path.
■ A part of the bike path was closed because of icy conditions.

Chicago on the big screen. Two-time Academy Award-nominated director Steve James’ latest debuts next month at Sundance: City So Real, a documentary miniseries set against the backdrop of the campaign that elected Lori Lightfoot mayor …
■ … a project James hinted at last year in a Chicago Public Square podcast.

How to grow Chicago’s population again. The Sun-Times’ Ed Zotti points to the city’s south lakefront—and black college graduates.
■ A new report from Moody’s Investors lands Chicago and Detroit atop a list of cities least ready for another recession.
■ A Chicago deputy aviation commissioner has been arrested and charged with fraud.

‘An unlikely teenager.’ Time’s Person of the Year: 16-year-old climate activist Greta Thunberg.
■ Entertainer of the Year: Lizzo …
■ … who is blowing off criticism of her outfit at Sunday’s Los Angeles Lakers game.

Food on track. Amtrak is moving ahead with plans for a food hall along the Clinton Street side of Union Station.
■ The Standard Club is the latest of Chicago’s old-line private gathering places to face a financial crunch. 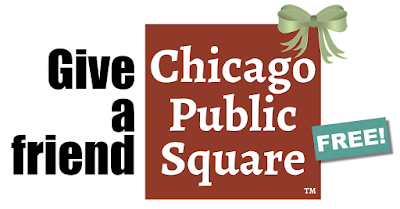 Apple tries again. Still stomping out bugs from the last round of miserably flawed software updates, it’s out with new operating systems for virtually all its products.
■ Columnist Phil Kadner’s wife’s phone number has been hijacked, “but apparently no one else cares.”

Thanks to reader Mark Wukas for flagging an unnecessary hyphen above.