Impeachment green light. House Speaker Nancy Pelosi says the House will draft articles of impeachment against President Trump …
■ … granting Trump’s tweeted wish just yesterday minutes earlier: “If you are going to impeach me, do it now.” 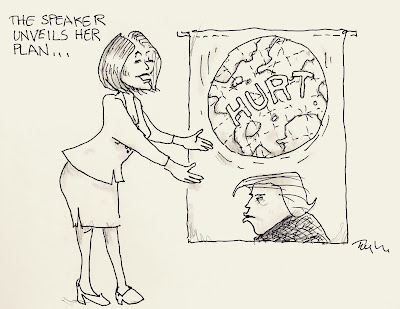 ■ The Republicans’ witness at yesterday’s impeachment hearing is a product of Chicago’s North Side.
■ Another witness’ casual mention of 13-year-old Barron Trump drew a tweeted rebuke from the First Lady—which drew an apology from the witness and scorn for Melania Trump on Twitter.
■ The Poynter Report’s Tom Jones: “The seriousness with which the media is covering this story is inspiring.”
■ The Tribune’s Rex Huppke mocks critics of the Intelligence Committee’s impeachment report: “Nowhere … does it note that Trump is the best American president since Abraham Lincoln.” (Cartoon: Keith J. Taylor.)

‘I’m not a target of anything.’ That’s what Illinois House Speaker Michael Madigan said in October, but four people tell the Trib they’ve been questioned about Madigan and his political operation as part of an ongoing investigation.
■ The Sun-Times says Madigan’s wingman, departing Senate President John Cullerton, got an “unusual” personal loan from a politically connected Chicago bank—by offering money from his campaign fund as collateral.

‘Bullshit’s gonna stop.’ Chicago Ald. Matt O’Shea is upbeat about the prospects for sweeping changes passed out of committee yesterday—forbidding city employees and elected officials from getting paid by private clients to lobby any government in Illinois, and officials elected elsewhere from being paid to lobby the city for a private client.
■ An Orland Park landlord and real estate agent and his wife face a federal lawsuit, accused of refusing to show available apartments to prospective black renters.

‘We’re jeopardizing the health and safety of Illinois citizens.’ Former directors of the Illinois Environmental Protection Agency are calling on lawmakers to reverse cuts to the agency’s staffing over the last decade—more than any other state.
■ The Better Government Association: Mayor Lightfoot has yet to deliver on her promises to beef up Chicago’s environmental protection force.
■ Hermit crabs are making a fatal mistake: Confusing plastic waste for shells.
If you’re not getting Steven Richard Sheffey’s weekly newsletter in your inbox Sunday mornings, you’re missing great political analysis. Sign up free here.

A Chicago Public Square advertiser
Airbag menace. A BMW driver’s death has prompted a new recall of at least 1.4 million vehicles from the late 1990s to the early 2000s.
■ BMW says about 8,000 of those vehicles shouldn’t be driven until they’re fixed.
■ Other manufacturers—including Audi, Honda, Mitsubishi and Toyota—are likely to follow.

Apparently not dragged. United Airlines CEO Oscar Munoz is stepping down from that job next year …
■ … ending a tenure that began with a scandal.

Past away. Tom Boyle, owner of Chicago’s cluttered and venerable Wrigleyville collectibles shop, Yesterday, is dead at 88—leaving fans to wonder: “What’ll happen to his store?”
■ The Doonesbury comic strip archives are now free for all—liberated from behind The Washington Post paywall. 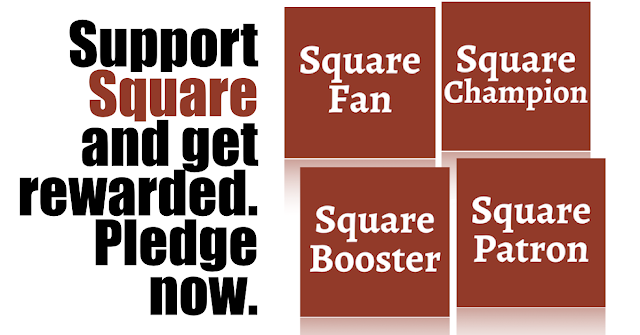