‘Bananas.’ A lawyer and former staffer to Republican Sen. Marco Rubio says a letter from the Trump White House refusing to cooperate in any way with Democrats’ impeachment probes is “a middle finger to Congress” that “no member … should accept.”
■ Independent—formerly Republican—Michigan Congressman Justin Amash: “It’s … as though the White House is unfamiliar with the Constitution.”
■ Vox: “The letter is a challenge to the very concept of congressional oversight of the executive branch.”
■ Here’s the letter. 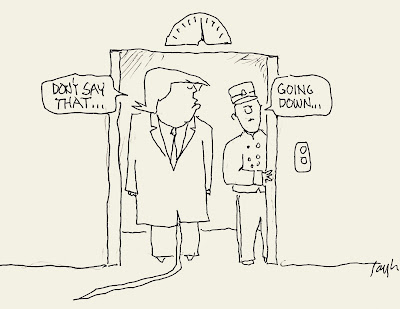 ■ Harvard constitutional law professor Laurence Tribe: “The House clearly cannot permit such brazen obstruction.  … It should instead forge ahead with articles of impeachment now.” (Cartoon: The Reader Best-of-Chicago-poll-nominated Keith J. Taylor.)
■ The AP: “Now comes the battle royal” over what “the sole power of impeachment” means.
■ CNN: Regardless of President Trump’s assertions to the contrary, “the overwhelming majority of allegations” in the whistleblower’s complaint have proven true.
■ The Onion mocks the president’s enablers: “GOP Lawmakers Watch Silently As Trump Strangles Each Of Their Loved Ones In Turn.”
■ Columnist Neil Steinberg: “The permanent fog of corruption … this week was cut by a flash of hope.”

‘You’ve been warned.’ Planned Parenthood is launching a $45 million campaign to beat Trump and flip the U.S. Senate to Democratic control—putting on notice “all the politicians working to take away our rights,” with special attention to Midwestern races.
■ Politico Illinois’ Shia Kapos: A growing number of 2016 Democratic convention delegates who backed Bernie Sanders are now “all-in for Sen. Elizabeth Warren.”
■ Sanders’ daughter-in-law died over the weekend, just two days after a cancer diagnosis.

‘A bit fishy.’ A law professor expert in matters of legal ethics tells WBEZ that Illinois Supreme Court Justice Anne Burke’s participation in cases involving clients of her indicted husband, Ald. Ed Burke, merits investigation.
■ The feds’ probe of the alderman has yielded more than 40,000 pages and 100 discs of evidence.

Cops behaving badly. Chicago’s inspector general concludes Chicago police officers “have been misusing parking placards to secure illegal parking spots for themselves and their family and friends.”
■ A suburban cigar shop has been a nexus for politicians swept up in a federal corruption investigation.
■ The Sun-Times’ Mark Brown: “How about we face facts and get rid of township government in Cook County?”

‘A horrible idea.’ An Illinois congressman is outraged at JUUL’s push to carve out an exception for mint in the Trump administration’s proposed ban on flavored vaping pods.
■ Sunday-morning alcohol sales would expand under a plan headed to the full Chicago City Council. 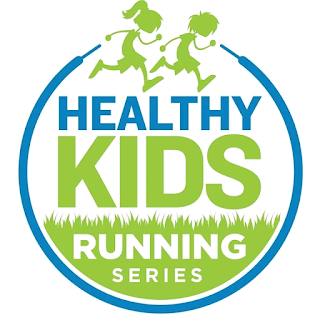 ‘What the heck is that?’ Demolition of a Chicago woman’s garage revealed hundreds of historic metal advertising signs.
■ The Tribune’s Steve Johnson visits the Chicago River Museum, where Michigan Avenue tourists can watch firsthand as historic machinery raises the DuSable Bridge.

‘Rechargeable world.’ The Nobel Prize for Chemistry goes to three scientists whose work contributed to the development of the lithium-ion batteries that power phones, computers, cars and so much more.
■ The Guardian: These 20 fossil fuel companies are knowingly behind a third of the world’s carbon emissions.
■ Concerns about wildfires in California's hot, dry weather have prompted Pacific Gas & Electric to cut power for more than half a million customers.

Twitter betrayal. If you gave Twitter your phone number, it may have given that number to advertisers …
■ … which may spell trouble for Twitter in Washington.
■ Facebook has turned thumbs-down on the Biden campaign’s request to remove Trump ads.

Matt Lauer accused. A former NBC News colleague is going public with charges the NBC host raped her in his hotel room during the 2014 Winter Olympics.
■ Lauer’s former colleague Hoda Kotb on Today today: “They are not allegations of an affair. They are allegations of a crime.”
■ Lauer says in a letter: “Each act was mutual and completely consensual.”
■ Investigative journalist Ronan Farrow, whose book reveals the details, says Lauer may have had a hand in NBC’s decision to kill his 2017 exposé of disgraced movie producer Harvey Weinstein.

Four stars. The Sun-Times’ Richard Roeper praises Eddie Murphy’s new Netflix movie, Dolemite Is My Name …
■ … which also features Second City veteran Keegan-Michael Key and is about a movie that Key says was “instrumental in forming who I am.”