Why Democrats did it. The Intercept explains why the push for impeachment of Donald Trump finally bore fruit Tuesday, quoting one Democrat who endured weeks of constituent demands for action: “We spent all summer getting the shit kicked out of us back home.” 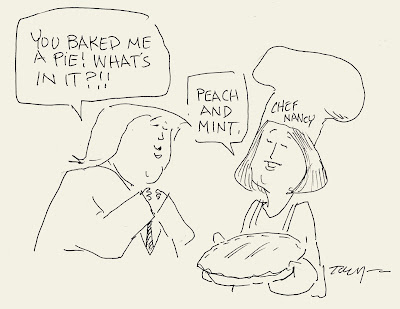 ■ The New Yorker: House Speaker Nancy Pelosi “didn’t have much choice” once “a large number of freshmen members from blue and purple districts” joined the push. (Cartoon: Keith J. Taylor.)
■ The Sun-Times’ Lynn Sweet: “Brace yourself for one of the darkest, most partisan chapters in U.S. history.”
■ The Washington Post: Pelosi’s lack of specificity in how the impeachment inquiry will unfold reflects both the speed with which her hand was forced and also continuing division on what to do next.
■ One befuddled Democratic congresswoman reportedly expressed frustration at a private caucus meeting: “If you are asking us to stay on message, give us a goddamn message to stay on.”

What he said. The White House has released the rough transcript of Trump’s suspect July 25 phone call with his Ukranian counterpart—possibly breaking campaign finance law by repeatedly pushing for an investigation of former Vice President Joe Biden.
■ BuzzFeed News: Five moments in the call that could fuel the impeachment push.
■ Here’s the document.
■ Facing membership in a small club of U.S. presidents, Trump yesterday portrayed it as a political plus but tweeted up an angry storm.
■ Columnist Phil Kadner: “Everyone who works for the U.S. government now works for Trump 2020.” 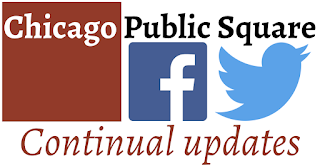 Did you get the news yesterday? In the hours after publication of a Chicago Public Square editorial encouraging the House to begin impeachment proceedings, developments came fast and furious. If you follow Square on Facebook and Twitter, you got it all quickly. If not, now’s your chance.
Lawmaker raided. In a rare midday action that a legal insider tells Politico was designed to let “the world … know they are looking at him,” federal agents Tuesday descended on Illinois State Sen. Martin Sandoval’s offices.
■ The Sun-Times’ Mark Brown: “Would it surprise you to know Sandoval is most often associated in Springfield with the phrase, ‘What’s in it for me?’”
■ Mayor Lightfoot said she wasn’t surprised.
■ A candidate for the Illinois Supreme Court has been cozying up to a Chicago alderman under federal investigation.

CTA’s history of crashes. NBC 5 says they’re rare, but two of the four over the last 18 years were strikingly similar to yesterday’s Brown-Purple Line collision.
■ As Chicago’s e-scooter pilot approaches its end next month, an online survey seeks your opinion on how it went.

Grounded. The Chicago Aviation Department’s chief operating officer is quitting after NBC 5 discovered he lied about living in Chicago, as required by city law—and was instead hanging his hat in Naperville’s (most-un-Chicagoey-name-ever) “Windgate of Three Farms” subdivision.
■ Also out: The Chicago Fire Department’s airports chief, after a federal investigation found “unqualified personnel” staffing air rescue teams.

Jimmy John’s + Arby’s. The Atlanta-based parent of Arby’s and Buffalo Wild Wings is buying Illinois-born sandwich chain Jimmy John’s.
■ Vox Media is buying the parent of New York magazine, putting websites Curbed, The Cut, Eater, Grub Street, Intelligencer, Polygon, Recode, SB Nation, The Strategist, The Verge, Vox and Vulture all under one corporate roof.
■ The Equal Employment Opportunity Commission says employers who used Facebook’s targeting ability to keep women and older workers from seeing their ads broke the law.
■ University of Chicago nurses are back on the job after a strike and lockout—but they might do it again.
■ Bernie Sanders joined a Chicago Teachers Union rally last night.

‘You probably know someone who is here illegally.’ The Tribune’s Dahleen Glanton says it’s hard not to in a city like Chicago.
■ Cook County is suing the Trump administration over immigration rules changes that it says would force families to “live in constant fear and forgo public resources to access food, housing, and health care.”
■ WBEZ: A decade after court-ordered desegregation ended, student populations at Chicago’s top schools are less diverse than they were.

Earth’s grim future. A U.N. report concludes that changes driven by the climate crisis are accelerating—and irreversible.
■ Gizmodo: It’s kids vs. the world in a landmark climate complaint.

Journey into danger. The Leafly marijuana news site tracks the path of a tainted vape cartridge from Chinese labs to American lungs.
■ Vaping giant Juul says it’s ending all product advertising, dumping its CEO and promising not to lobby against a ban on vaping flavors. 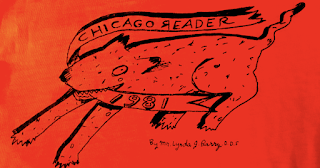 iPhone refreshed. Ars Technica offers one of the most detailed reviews yet of the new—and free—iPhone operating system, iOS 13 …
■ … and the just-released tweak, iOS 13.1.
Thanks … to reader Pam Spiegel for some typographical assistance this go-round.
Email ThisBlogThis!Share to TwitterShare to FacebookShare to Pinterest
← Newer Post Older Post → Home