Who’s packing? The Tribune says the number of shootings by people with concealed carry licenses is on the upswing in Illinois, but state police don’t record when license holders fire their weapons, how often they do it or when they hit someone.
■ Chicago’s Civilian Office of Police Accountability says a cop should be fired for shooting his friend almost a decade ago. 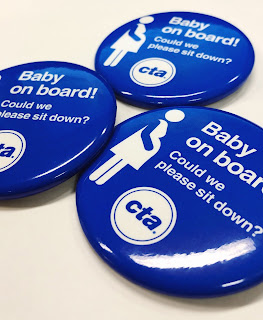 Button, button. The CTA’s finally giving away those long-promised “baby on board” badges to help pregnant CTA riders prompt other passengers to surrender their seats.
■ You can request one online … but don’t count on speedy delivery.
■ A plan for a bike- and pedestrian-friendly “greenway” through Lincoln Park is not as popular as you might think.

Trump punches back. Facing a third challenger for the Republican nomination, the president took to Twitter to remind his followers about ex-Congressman and Gov. Mark Sanford’s scandalous affair with “his Flaming Dancer friend.”
■ U.S. Rep. Adam Kinzinger of Illinois on CNN yesterday, asked whether Trump will get his vote in 2020: “Yeah, he will.”
■ Bloomberg’s Timothy L. O’Brien: Trump’s weekend tweets reveal a president “starkly and visibly alone, standing in the rubble of a failed foreign policy push, with yet more American institutions sullied and compromised by their proximity to him.”
■ The National Oceanic and Atmospheric Administration’s acting chief scientist is investigating whether the agency’s defense of the president’s lying tweets about Hurricane Dorian violated the agency’s policies. 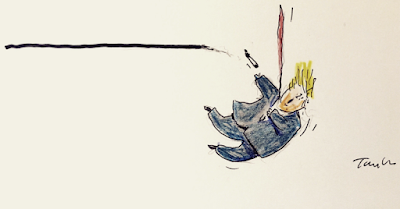 ■ Sun-Times columnist Neil Steinberg compares Trump’s obsession with Dorian to “a man picking at a scab until he’s a bloody mess, head to toe.” (Cartoon: Keith J. Taylor.)
■ Citizens for Responsibility and Ethics in Washington has tracked at least 2,000 conflicts of interest for Trump.
■ Former U.S. Labor Secretary Robert Reich: In the face of what feels like “impending doom,” reasons to be cheerful.

Amazon chime. For the first time in the company’s 25-year history, employees at Amazon company headquarters are planning a walkout later this month to demand it take more action to address climate change—including cutting off contributions to politicians and lobbying groups that deny the reality of the crisis.
■ Looking to fill 30,000 full-time positions, Amazon plans job fairs in Chicago and five other cities on a “Career Day” next Tuesday.
■ Almost every one of the nation’s attorneys general is reportedly on board for a massive antitrust investigation of Google to be announced this afternoon on the Supreme Court steps.

Ranks sank. The latest U.S. News and World Report list of “Best Colleges” knocks one of Illinois’ down a few notches in the top 10, lowers one in the top 50 another couple, and drops two others out of the top 100.
■ See all the Illinois institutions U.S. News ranked.
■ Politico says that, at the largest Christian college in the world, the chancellor and president—Trump friend Jerry Falwell Jr.—faces growing staff unrest over a climate of fear and self-dealing: “We’re not a school; we’re a real estate hedge fund.”

‘Filled with cheap filler.’ TV critic Aaron Barnhart skewers ABC World News Tonight for becoming “a bastion of viral video.”
■ President Trump is cheering an activist investor’s move on CNN parent AT&T.
■ A new book from The New York Times’ James Poniewozik contends Donald Trump used TV to become president “but then TV kind of became the president, because what he was seeing on TV set his agenda and controlled his mood and determined the world that the rest of us would live in.”

Welcome, WCPT-AM listeners. Chicago Public Square picked up a few new subscribers after this segment with host John St. Augustine aired Saturday. If you like what you see here, consider a vote for Square in the Reader’s Best of Chicago poll? 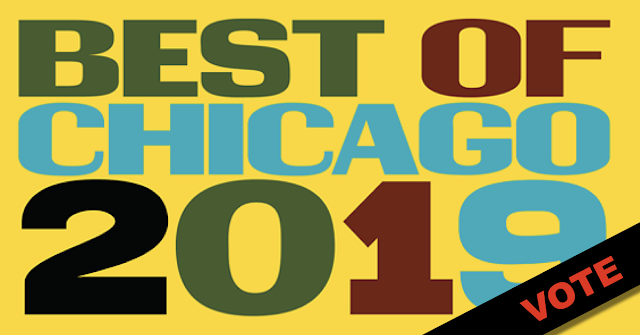 Thanks …
■ … to reader Chris Koenig for all the great suggestions …
■ … and to Chicago Public Square Advocate Jeannie Affelder for catching a typo in Square’s supporter messaging.