Down to the wire. First-round balloting in the Reader’s Best of Chicago poll ends Friday. To help Chicago Public Square reach new readers, please vote. And now the news:

Trump distrust. The CIA reportedly yanked one of its highest-level undercover sources inside the Russian government—someone in place for decades, someone who could even provide images of documents on President Vladimir Putin’s desk—partly because of concerns President Trump would blow the source’s cover.
■ Vox: “That the US intelligence community doesn’t … trust the commander in chief to keep spies safe is a disturbing revelation.”
■ The acting chief scientist at the National Oceanic and Atmospheric Administration says the agency probably broke its own rules when it defended Trump’s false claims about Hurricane Dorian. 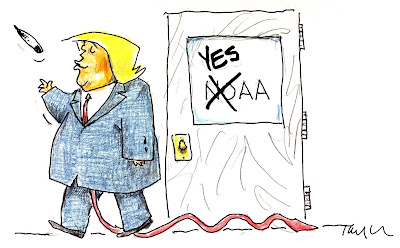 Cop overtime crackdown. Mayor Lightfoot says she’s “angry and frustrated” about the extra hours Chicago police are billing, even as the department’s staffing is at a 10-year high.
■ She’s ordering a review of what the Sun-Times calls “stunning allegations of fraud, self-dealing and mismanagement” by clout-heavy public housing developer Rev. Leon Finney Jr.

‘The roof can hold air taxis.’ Uber has high hopes for its new outpost in Chicago’s Old Post Office …
■ … for which it’s planning to hire 2,000 more Chicago employees. 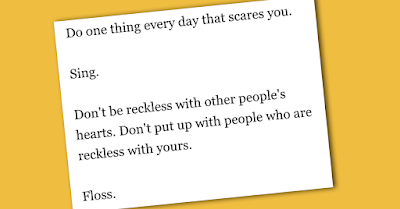 ‘Sunscreen’ celebration. A BBC radio documentary celebrates the 20th anniversary of a hit song based on a column by Tribune columnist Mary Schmich (and not by author Kurt Vonnegut): “Everybody’s Free (To Wear Sunscreen).”
■ Hear the song.
■ Read the original 1997 column.
■ Hear a 2014 interview with Schmich discussing her life in journalism.

Extinction distinction. Next up for the Chicago Public Library’s “One Book, One Chicago” book club: Elizabeth Kolbert’s Pulitzer Prize-winning The Sixth Extinction, documenting the prospect that life on Earth confronts an irreversible environmental crisis.
■ If your local library’s out, you can buy the e-book for as little as $2.99.

Wait, wait—he’s sorry. Wait Wait... Don’t Tell Me! host Peter Sagal regrets giving a tough time to a Washington mass transit worker who suffered through Sagal’s “panicked, angry rant about not being able to get out of the damn station because I was $.25 short and all I had was a twenty and the machine wouldn’t take it and …”
■ … which takes us back to Sagal’s 2017 Chicago Public Square podcast interview.