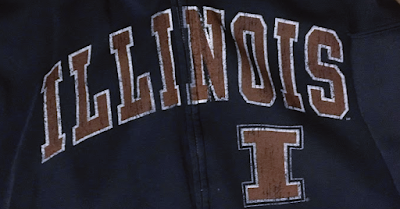 ■ Among seven cases the investigation spotlights: An econ prof accused of offering a student good grades in exchange for sex.
■ The U. of I. is upping enforcement of its smoke-free campus policies.

‘You are Today’s Worst Person In Chicago.’ Beachwood Reporter proprietor Steve Rhodes eviscerates a Chicago alderman who favored last-minute approval for the massive Lincoln Yards development.
■ Community activists give Mayor Lightfoot a D for her first 100 days in office.

‘The state should not be in the business of saying what religious practice should look like.’ A civil rights group is going to court against Secretary of State Jesse White for regulating what people can wear in their driver’s license photos.
■ The state’s going to allow gender-neutral licenses, but maybe not until 2024.

‘Deeply troubled.’ Acknowledging its decision took too long, the Chicago Police Board has fired a couple of cops—a decade after they were accused of beating a child in their care.
■ The father of a Chicago anti-violence worker’s grandchildren was killed in a double shooting over the weekend.

‘Republicans will be able to vote for a presidential candidate who has questioned Barack Obama’s birthplace, stoked hostility toward Muslims and mocked the sacrifices of war heroes. Or they can vote to renominate President Donald Trump.’ A Tribune editorial welcomes ex-Rep. Joe Walsh’s decision to challenge Trump—even if he’s “faking his new disgust with Trumpism.”
■ The Daily Beast: Walsh “rushed into the race without anything approaching the preparation required.”
■ Walsh’s decision will apparently cost him at least one of his radio shows.
■ Over the last four decades, every incumbent president to face a serious primary opponent ultimately failed to win reelection.

‘We have … troubling evidence of unethical and illegal behavior.’ And so suburban U.S. Rep. Raja Krishnamoorthi is joining the rising tide of House members calling for impeachment proceedings against Trump.
■ Trump says said more than two weeks ago that his wife will would hold a news conference in “the next couple of weeks” to address reports she violated immigration laws when she entered the U.S. …
■ … but Trump lies.
■ Politico: Elizabeth Warren’s campaign has a fundamental weakness. 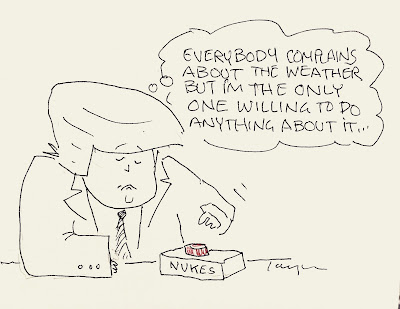 ‘This is not a good idea.’ The National Oceanic and Atmospheric Administration puts the lie to Trump’s reported advocacy of using a nuclear bomb to disrupt hurricanes.
■ Updating coverage: One projection shows Tropical Storm Dorian reaching Florida this weekend. (Cartoon: Keith J. Taylor.)

Whiteout. A Michigan city council candidate who pledged to maintain “a white community as much as possible” has dropped out.
■ Just as the 2020 campaign heats up, the Federal Elections Commission, responsible for cracking down on bad campaign behavior, is effectively out of business.

Meatless everyday. KFC is the latest to jump on the veggie bandwagon, testing Beyond Meat nuggets and wings.
■ Kraft Heinz is dumping its baby CFO.
■ A jet-setting financial adviser has been arrested, accused of cheating millions out of clients—including a man who collected $5 million after a wrongful conviction.

Update your Apple thingy now. The company has issued emergency revisions for operating systems on Macs, iPhones, iPads, Watches and TV boxes.
■ Yelp is getting an overhaul. 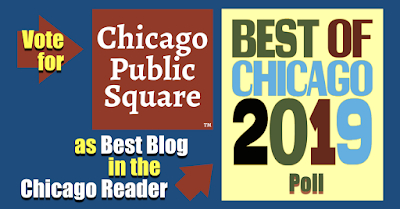