Before we get to the news … Can you spare a few seconds to help Chicago Public Square reach new readers? A vote for Square as “Best Blog” in the Chicago Reader’s Best of Chicago 2019 poll won’t cost you a dime and could help introduce Square to a new flock of fans. (But if you have dimes to spare, more on that at the bottom of this edition.) Thanks.

‘Trump’s instability.’ CNN’s Brian Stelter says the consensus among media leaders at networks and newspapers is that “President Trump’s behavior is getting worse in type and in frequency,” and Stelter concludes “the press shouldn’t tiptoe around this story anymore.” 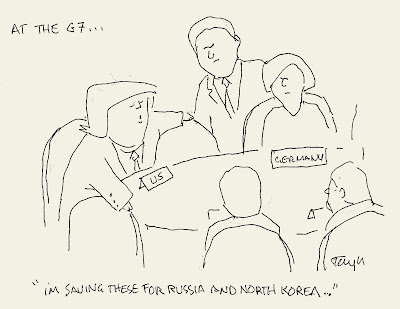 ■ In a climate meeting Trump skipped, Group of 7 leaders agreed on a plan to help fight fires in the Amazon. (Cartoon: Keith J. Taylor.)

First thoughts would be nice. Trump concedes he has “second thoughts about everything.”
■ The Washington Post: If interest rates fall as Trump demands, his company could save millions.
■ Doonesbury boils the Mueller report on the president’s misdeeds down to a wallet card.

‘An admittedly flawed messenger.’ The Sun-Times’ Lynn Sweet assesses Illinois Republican and radio host Joe Walsh’s plan to challenge Trump in the 2020 primaries.
■ Sweet’s colleague Laura Washington says Walsh “must be onto something. The Trump-worshiping GOP machine is pushing back.”
■ Rolling Stone projects “The Very Real Possibility of President Elizabeth Warren.”
■ Politico on the Democratic race: “Elizabeth Warren has the crowds. Joe Biden has the lead.”
■ Also from Politico: “Bernie and Cardi: 2020’s most unlikely tandem.”
■ Tips from the statistical wizards: “How To Read 2020 Polls Like A FiveThirtyEighter.”

Journalist revenge squad. Pro-Trump operatives have launched a campaign to attack news organizations by digging up problematic old social media posts from reporters and editors—and their relatives.
■ Daily Herald employees are being offered another round of buyouts.

‘I can’t recall a mayor ever giving a speech of any significance.’ But columnist Neil Steinberg looks forward to Mayor Lightfoot’s Thursday night “State of the City” address, hoping she won’t do “what her predecessors did: Borrow money (again Rahm) or sell stuff (Rich Daley).”
■ The Better Government Association’s chief says Lightfoot’s made “very little progress” in addressing Chicago’s violent crime problems.
■ The Tribune checks in with the last election’s many (many!) unsuccessful candidates for mayor.

Tick. Tock. Despite Lightfoot’s offer of a 16% cost-of-living raise, the Chicago Teachers Union has started the clock toward a strike.
■ A menagerie of inflatable animals—including the embattled Scabby the Rat—has turned an under-construction Chicago food hall into a tourist destination.

Too much? City Hall is spending money to figure out whether the infrastructure in Chicago’s booming Fulton Market district is more than the area’s streets, sewers and water mains can handle.
■ The Trib illuminates the shady reasons the city rushed Chicago’s approval for the controversial Lincoln Yards megadevelopment.
■ A cannabis company is eyeing a dispensary location along the Chicago River.

Bye-pie. Chicago’s U.S. Pizza Museum is closing.
■ Chicago is home to a man who may be the oldest in the U.S. 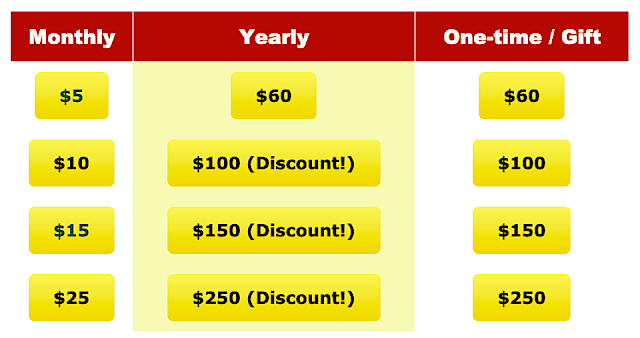 Thanks … to reader Pam Spiegel for clarification on the Scabby the Rat item above.