‘Like he’s the King of Israel.’ The president has tweeted a radio gasbag’s claim that Jewish people in Israel love Trump “like he is the second coming of God”  … 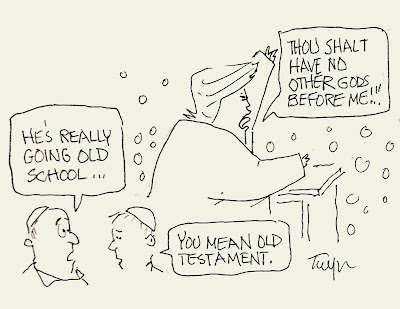 ■ … a brag that followed by just hours Trump’s assertion that American Jews who vote for Democrats show “either a total lack of knowledge or great disloyalty.” (Cartoon: Keith J. Taylor.)
■ The president is moving to end limits on how long his government can keep immigrant children in detention.
■ Illinois Rep. Lauren Underwood—a Democrat representing a congressional district Trump carried in 2016—now favors an impeachment inquiry.
■ That makes at least two.

Not so bronze. Campaigning in the historic heart of Chicago’s African American community—Bronzeville—presidential candidate Pete Buttigieg drew an overwhelmingly white audience.
■ Some delegates to the Democrats’ 2020 presidential convention in Milwaukee may have to camp out in the Chicago area.

‘We stand with Planned Parenthood.’ In the face of a Trump administration gag rule that prompted Planned Parenthood to decline government funding, Variety magazine is forgoing its annual glitzy Emmy Awards party and instead making a donation to the organization.
■ A Chicago man accused of threatening a deadly attack on an abortion clinic is going nowhere.

‘This is a gateway drug.’ A lawyer has filed suit against Juul on behalf of a suburban 19-year-old college student who blames the company for his nicotine addiction.
■ A suburban high school district faces a lawsuit because two security guards allegedly engaged in sex with students.
■ Some families that aimed to use a legal loophole—surrendering guardianship—to help their college-bound kids qualify for financial aid are letting their court cases lapse.

‘Who knew that the National Prayer Breakfast … was the brainchild of a man who openly admired fascist organizing techniques?’ TV critic Aaron Barnhart did, and he brings a personal perspective to his review of a Netflix documentary on a shadowy organization.
■ Another cynical take on the faith biz, The Righteous Gemstones, racked up the biggest audience in three years for an HBO comedy series debut.
■ Thursday marks the start of a weeklong celebration of the 90th anniversary for Chicago’s Music Box Theatre.

Things That Shouldn’t Have To Be Said Dept.
■ Drivers shouldn’t leave car keys in their cars.
■ The man in charge of the U.S. nuclear weapons program shouldn’t fall for hoaxes on Instagram. 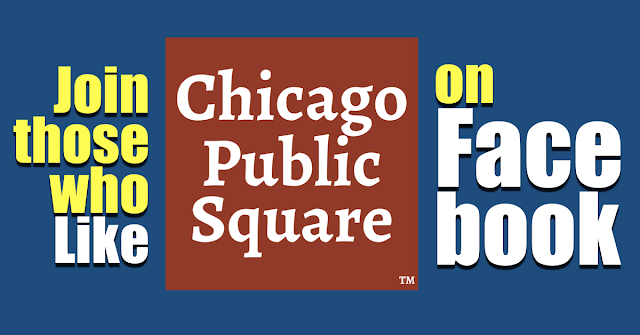