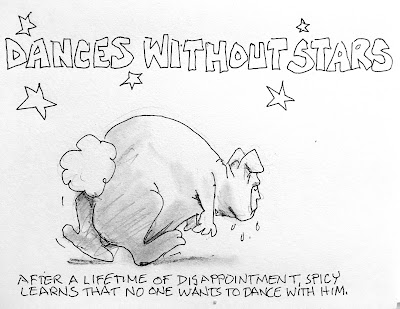 ■ Host Tom Bergeron ain’t happy about it, either.
■ New York Times TV critic James Poniewozik: “To treat Spicer … as a harmless joke is to whitewash the harm of what he did.” (Cartoon: Keith J. Taylor.)

Trump’s Jewish strategy. Washington Post White House bureau chief Philip Rucker: “The president’s rhetoric about Jews magnifies … his miscalculation that his support for Israel should automatically translate into electoral support from Jewish Americans.”
■ Illinois Gov. J.B. Pritzker calls Trump’s remarks on Jews “a disgrace.”
■ Satire from The Onion: “Trump Attempts To Ease Tensions With Jewish Community By Noting He Also Would’ve Murdered Christ.”
■ Historically Jewish-influenced Marvel Comics has a Trump problem.
■ A Republican challenger to Trump is emerging—from Illinois.
■ Just for fun, cast your vote in a poll on whether Democrats have a better shot at the White House if Trump runs again, or if he doesn’t.

Democratic scorecard update. Climate-crisis-focused candidate Jay Inslee is quitting the presidential race—instead to run for a third term as Washington governor.
■ John Hickenlooper, who dropped out last week, is running for the U.S. Senate.
■ Bernie Sanders says his $16 trillion “Green New Deal” would save the planet and create 20 million jobs.
■ Sanders’ campaign manager accuses journalists of a “personal bias” against Sanders.
■ A federal appeals court ruling could transform the way the Electoral College works.
■ Critics have their undies in a bundle because a St. Louis County councilwoman chose to be sworn in with her hand on a Dr. Seuss book.

Immigrants’ ‘firewall.’ Gov. Pritzker’s made Illinois the first Midwest state to forbid landlords from evicting tenants based on citizenship status.
■ Pritzker was set today to sign a bill raising the state’s minimum salary for teachers.
■ But the governor is sidestepping questions about House Speaker Michael Madigan’s leadership after release of a report detailing pervasive sexual harassment, bullying and intimidation on Madigan’s watch.

Illinois: We’re better than Indiana and Wisconsin. At least in this ranking of highway performance and cost-effectiveness …
■ … but a new study concludes traffic congestion costs the typical Chicagoan 73 hours a year—more than double the figure of 37 years ago.
■ The Chicago-based SpotHero parking app company has landed one of the year’s biggest local infusions of venture cash.

Trash talk. Acknowledging inconsistent criteria, Chicago is ending free garbage collection for hundreds of nonprofit organizations.
■ By flouting state law on 22,000 uncashed checks, Chicago’s eked out an $11 million dollar interest-free loan over the last couple of decades.
■ Multiply-convicted and disgraced ex-Chicago Congressman Mel Reynolds says he was tortured in an African prison—and he blames, among others, a clout-heavy Chicago real-estate developer.

Amazon aflame. The Amazon rainforest, which produces about 20% of Earth’s oxygen, is burning at an “unprecedented” rate—and humans probably started it …
■ … but a lot of the photos of the fires circulating through social media are fake.
■ Four Illinois coal-burning plants are closing—but not the worst of them.

For God’s sake, don’t put it in a leather wallet! In one of Apple’s most anal-retentive posts ever, the company offers advice on how to clean its new credit card. [Link corrected.]
■ A Tribune investigation found several popular cellphone models give off more radiofrequency radiation than allowed by federal safety limits.
■ A woman who was stalked by a debt collector with a history of domestic violence says that, by failing to secure her smartphone’s location data, T-Mobile “put my life in danger.”
■ Security flaws can let hackers take over Nest cameras. 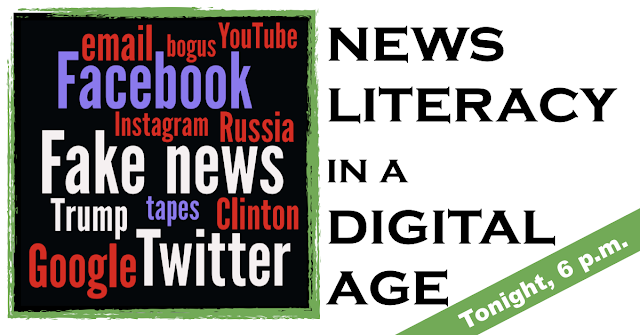 Bad link corrected. This item in yesterday’s Square was miscoded, and not a one of you reported it: A Tribune editorial: “Serving as meek, see-no-evil legislators in Speaker Madigan’s little shop of horrors just got harder.”
■ Thanks to reader Beth Kujawski, first of many to note the miscoded link in the Apple item above.
■ Thanks to Mike Braden for suggesting a hyphen would clarify the Mel Reynolds item.
■ And thanks to reader Pam Spiegel for noting a redundancy in the uncashed-check item.