‘A formal impeachment inquiry.’ Put Illinois Rep. Brad Schneider down with the growing list of lawmakers on board for taking that step toward ending Donald Trump’s time at the White House.
■ Washington Post columnist Michael Gerson: “The Trump presidency is not just unfolding, it is unraveling.” 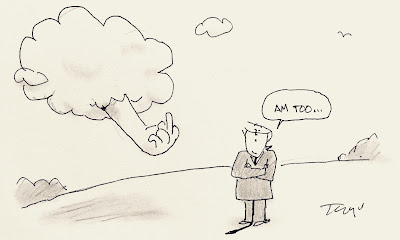 ■ The Tribune’s Eric Zorn spotlights parallels between Trump and Rome’s mad emperor Caligula, who “made deranged claims of his own divinity.” (Cartoon: Keith J. Taylor.)
■ Another Democrat you probably wouldn’t recognize on the street is dropping out of the presidential race …
■ … counseling others running that “this is now a three-way race between Biden, Warren and Sanders.”

‘A madman.’ Sun-Times columnist Neil Steinberg assesses reports that radio host and ex-Illinois Congressman Joe Walsh is considering a primary challenge to President Trump.
■ Walsh reportedly has been meeting with Trump critics in Washington.
■ Media columnist Robert Feder: If Walsh runs, he’ll have to give up his radio shows.
■ Ex-Trump spokeswoman Sarah Huckabee Sanders is joining … wait for it … Fox News.

‘The timing couldn’t be worse.’ Sun-Times City Hall reporter Fran Spielman questions Mayor Lightfoot’s decision to spend almost a quarter-million dollars on office renovations as she prepares for “lowering the boom on Chicago taxpayers.”
■ Politico’s Shia Kapos reviews Lightfoot’s first almost-100 days in office, turning “City Hall on its ear.”
■ Better Government Association chief David Greising says Lightfoot may have done a good thing in becoming “the first mayor to develop a city budget after polling her public via SurveyMonkey.”
■ If the Cook County Democratic Party gets its way, Illinois will get its first transgender judge.

‘Having sex in the central office building is not an authorized purpose.’ A newly-public government report reveals a former acting General Services Administration chief of staff engaged in an unauthorized purpose with a name-redacted White House official.
■ Another newly released report shows then-Gov. Rauner’s assistant director of the Illinois Veterans’ Affairs Department quit under investigation for sexual harassment and racist comments.
■ He was close to becoming the department’s director.

‘I participated in a concealed carry class, and it reaffirmed why I would never own a gun.’ Columnist Dahleen Glanton shares her experience …
■ … which mirrors your Chicago Public Square publisher’s 2012 training (a WBEZ audio segment from 2013).

Beware the lake. The National Weather Service is warning about dangerous waves along Chicago’s lakefront …
■ … like those that yesterday killed a man diving into the lake to help an 11-year-old girl.
■ The Beachwood Reporter’s Steve Rhodes critiques reporting that fails to link Lake Michigan dangers to the climate crisis.
■ More than a week after a steel factory cyanide and ammonia spill, Indiana beaches are open again. 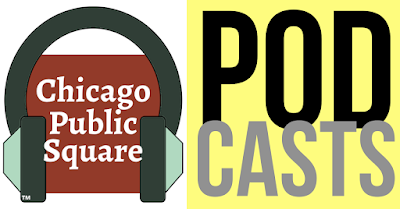 ‘Never place near other cards. Do not look directly at card.’ The mockery continues for Apple’s fetishistic Apple Card handling guidelines.
■ Major phone companies and attorneys general from Illinois and all the other states are teaming up against robocalls.

Thanks … to reader Pam Spiegel for clarifying some grammar above.