Ivanka’s Chicago ‘nonsense.’ Mayor Lightfoot is lighting into the president’s daughter for her tweets linking Chicago’s brand of gun violence to what happened in El Paso and Dayton. 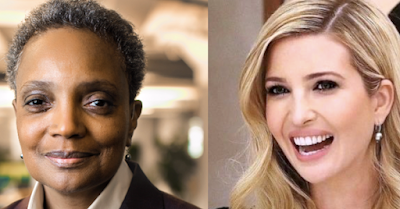 ■ The Sun-Times’ Neil Steinberg decodes the first daughter’s “not-so-secret messages of contempt, cowardice and hate.”
■ Steinberg’s colleague, Lynn Sweet: “If Ivanka Trump really wants to help Chicago’s gun problem, she should …”
■ 11 months later, police have charged a man with shooting and killing a Northwestern student who was awaiting a bus in Rogers Park.
■ Illinois’ gun regulation debate is heating up.
■ Politico: The president has quietly altered federal regulations to expand access to guns.
■ Motorcycle backfire mistaken for gunshots triggered a Times Square stampede that hurt at least a dozen people.
■ Journalist Dan Sinker: “This is what it is to live in constant terror.”

‘Unusual hostility.’ Updating coverage: Facing criticism from mayors of gun-ravaged El Paso and Dayton, President Trump nevertheless planned to visit both cities today …
■ … just hours after tweeting an ethnic insult at presidential candidate Beto O’Rourke.
■ El Paso medical workers called for a vigil in protest of the president’s visit.
■ The editor of the El Paso Times, in an open letter to Trump: “The hatred that came to us came from an outsider. It did not come from El Paso.” 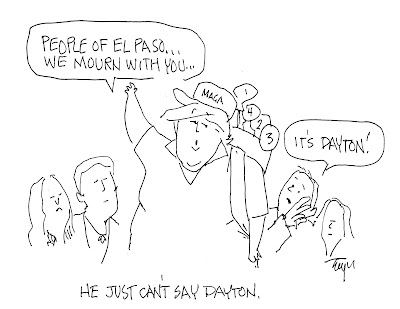 ‘You’re not the public’s protector.’ Journalism watchdog Jeff Jarvis blasts reporters’ coverage of racism and violence: “If Beto says ‘what the fuck?’ then I say report his words; spare us your asterisks.”
■ Chicago Public Square is circumspect about explicit language to avoid running afoul of email spam filters. (But, in this case: What the hell.)

‘There will be a manifesto.’ Music biz analyst Bob Lefsetz is leading the drumbeat for a series of anti-gun concerts—featuring artists and politicians who back money-where-your-mouth-is gun reforms.
■ The Atlantic: “Musicians … are shaping the gun-violence discourse, and the fascinating reaction to their political speech has demonstrated the specific reach they can have.”

Kneel before Pence. The vice president wants Americans to spend more time on their knees.
■ Wired: “How ‘30-50 feral hogs’ became the new ‘thoughts and prayers.’”

‘Anyone who is able to scam Medicaid to get benefits should be hired to run the whole damn system.’ The Beachwood Reporter’s Steve Rhodes assesses the state of the state’s “mess” of a program …
■ … but a new state law aims to make it better.
■ Walgreens says it’ll close 200 stores in the U.S.
■ After a potential buyer walked away, a suburban hospital has filed for bankruptcy.
■ Behind the aborted buyout, a friend of President Obama (February link).

Awkward. As the Cook County Democratic Party meets next week to pick its candidates for the next campaign, four of its most powerful members are embroiled in corruption scandals, and Politico’s Shia Kapos says none of them seem ready to surrender their influence over the process.
■ State Sen. Tom Cullerton—accused of embezzling money from a labor union—is out as chairman of the Senate Labor Committee …
■ … but he’s landed another chairmanship.
■ Cook County Jail inmates finished fifth out of seven prison teams competing in a worldwide chess tournament.

New transit option. The smallest of Chicago’s ride-sharing companies, Via, is expanding to cover the whole city.
■ The CTA’s guard dogs are gone permanently.
■ FedEx is giving Amazon the slip.

‘Reducetarians.’ The Trib’s Eric Zorn hails the veggie Impossible Whopper—and shares a new word for people who “don’t eat a lot of meat, mostly due to qualms about the environmental impact of factory farms,” but are “neither zealous nor committed enough to follow strict prohibitions.”
■ Burger King’s rollout comes with an asterisk that has enraged some vegetarians. 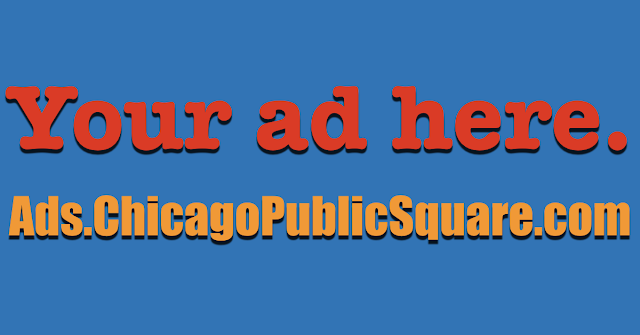 Thanks … to reader Jim Parks for noting an absent preposition above.