‘I apologize …’ A Democratic Illinois state senator says he’s sorry about a mock assassination of Donald Trump staged at his political fundraiser. 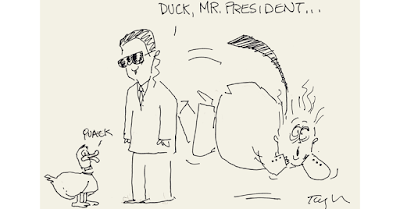 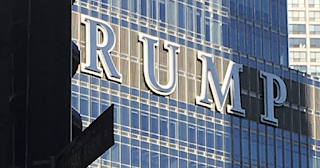 ■ Neil Steinberg in the Sun-Times: Let’s landmark Chicago’s Trump Tower sign to help “survivors of this shameful era … remind their children what can happen when a nation loses sight of its cherished values.”

‘I regret …’ Chicago-based political analyst David Axelrod—the guy who kicked off the Chicago Public Square podcasts in 2017—says he’s sorry to be among dozens of Democrats who contributed to a forthcoming book from disgraced journalist Mark Halperin, How to Beat Trump: America’s Top Political Strategists on What It Will Take. 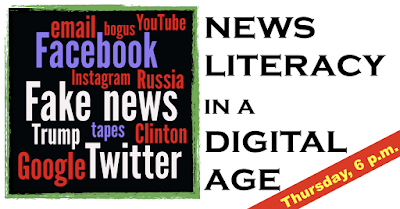 ■ One of Halperin’s accusers: “The fact that so many people spoke to him sets the whole #MeToo movement back. And it shows they are enabling him and re-traumatizing the victims.”
■ Washington Post media columnist Margaret Sullivan on Halperin: “We shouldn’t want Mark Halperin back in print or on the air in the name of forgiveness. Especially because he hasn’t asked for forgiveness directly from the very women whose lives and careers he damaged.”

‘I got mine, she said.’ Columnist Laura Washington reflects on the retirement of Cook County Circuit Court Clerk Dorothy Brown, who “repeatedly pledged to modernize the operations of her office. … It never happened.”
■ Four suburban female cops accuse their chief of treating them with disdain and disrespect. 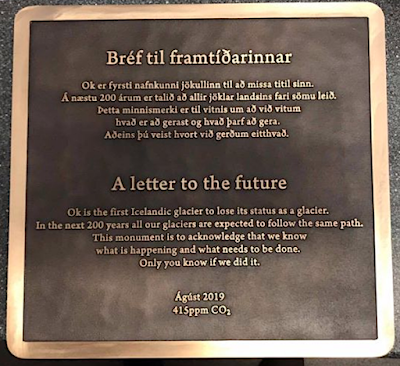 Cold comfort. Scientists and government leaders gathered in Iceland Sunday to mourn the death of a 700-year-old glacier—the first lost to the climate crisis.
■ They left a plaque bearing “a letter to the future.” (Photo: Rice University.)
■ New research concludes “ecological grief” over global warming is a thing in Greenland …
■ … whose Trump-proposed U.S. purchase by the U.S. Trump has proposed is meeting with ridicule in Denmark.
■ Nine Democratic presidential candidates have qualified for next month’s “Climate Crisis Town Hall” on CNN.
■ The Illinois attorney general is suing a company that provides suburban drinking water, accusing it of lead contamination.

A Bradbury museum? This week marks the start of a campaign to fund creation of an institution honoring science fiction author Ray Bradbury in his hometown of Waukegan.
■ An audio interview with Bradbury from 1999: “I don’t believe in the internet.” 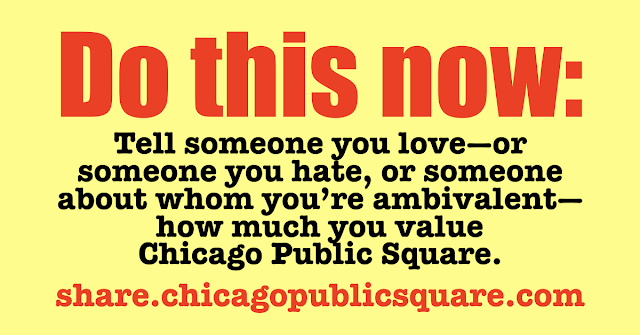 Thanks to Pam Spiegel for suggesting some clearer wording for items above.