Get your popcorn. Mayor Lori Lightfoot presides over her second regular City Council meeting today—the first since her epic takedown of scandalized Ald. Ed Burke—and you can watch it on the web here. 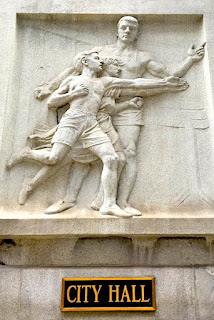 ■ Her handpicked Finance Committee chairman yesterday suffered “an embarrassing defeat.”
■ The city inspector general is urging the mayor to yank aldermen’s control of which streets get resurfaced when.

Abortion rights milestone. Gov. Pritzker was set this morning—right around Chicago Public Square’s publication deadline—to sign into law a bill that Pritzker has said will give Illinois the nation’s most progressive reproductive health regulations, establishing abortion as a “fundamental right.”
■ FiveThirtyEight: Why abortion rights have become a blue-state priority.
■ T-Mobile and Sprint’s proposed merger faces opposition from the attorneys general of 10 states—but not Illinois’.

How to scoot. With up to 2,500 electric scooters from 10 companies set to take to Chicago’s streets in a four-month trial run that begins this weekend … 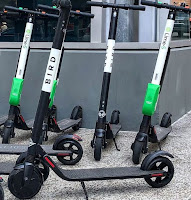 ‘Why are you so obsessed with me?’ CNN’s Kevin Liptak says that, during dueling appearances in Iowa yesterday, President Trump and Joe Biden suggested each is consumed with the other. 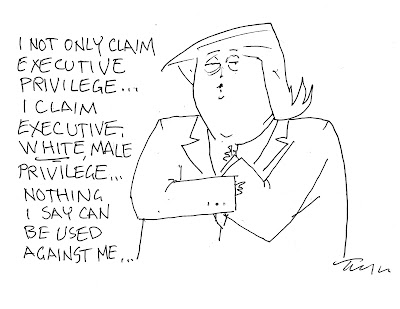 ■ Trump claims executive privilege lets him block congressional access to documents about how a citizenship question wound up on the 2020 census. (Cartoon: Keith J. Taylor.)
■ House Speaker Nancy Pelosi: Impeachment is “not even close.”

‘The Obama Temple of Love and Fealty.’ The Tribune’s John Kass mocks plans for the Obama Presidential Center …
■ … environmentalists’ lawsuit against which a federal judge tossed yesterday …
■ … but the Trib editorial board, of which Kass is a member, says “moving ahead with the presidential center” should be “a priority.”
■ The tallest—and most oval—high rise in Chicago’s West Loop formally opens today.

‘It feels as if we’re watching a real-life legal thriller.’ Critic Richard Roeper raves about a new Showtime documentary on the Chicago police killing of 17-year-old Laquan McDonald.
■ The film’s director: “The one institution that was incredibly paranoid … was Rahm Emanuel’s administration.”
■ Community groups are steamed about secrecy surrounding a series of meetings to address problems with police presence in Chicago schools.