‘False.’ PolitiFact dings Mayor Lightfoot for her suggestion—noted in the June 3 edition of Chicago Public Square—that Chicago police might have been encouraged to “just lay back, do nothing” about violence. ■ Weekend gunfire in Chicago took at least three lives.
■ Want to live next door to the mayor? $1.15 million could put you in the adjacent home.
■ Gov. Pritzker’s promising a “think big” push for property tax reform.

‘I defeated the bad guy, but now he’s my friend.’ With help from Lightfoot, Police Supt. Johnson and the Make-A-Wish Foundation, Chicago’s newest superhero, 6-year-old Galacto, yesterday took down his nemesis—who happened to be his brother.
■ A 6-year-old with autism didn’t want to go to his last day of school, so the principal offered to walk him there.
■ A Chicago Public Schools teacher pleads: Stop ranking schools.

How many? For the first time in 30 years, Illinois will join the ranks of states that track the population of gambling addicts.
■ The sponsor of a massive gambling expansion bill awaiting the governor’s signature says it’ll make the state even more “pro” gambling.
■ Chicago’s soon-to-be-legal pot industry is hiring. 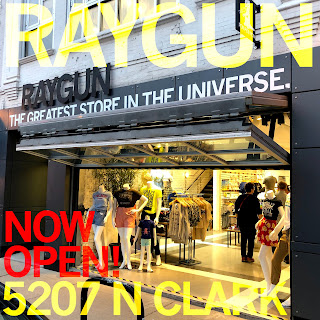 Company’s coming. At least three Democratic presidential candidates will hit Chicago this week—but mainly because it’s so close to …
■ … Iowa, which yesterday hosted 19 candidates at a forum where each got five minutes to deliver a “speed-dating” pitch.

It started in Chicago. Actress and comedian Elaine May, who launched her career as a member of the Compass Players—a Second City precursor at the University of Chicago—last night won her first Tony Award. Also at the Tonys:
■ For the first time, an actor in a wheelchair won.
■ Accepting the best actor award for his role as a fictional journalist, Bryan Cranston praised “all the real journalists around the world … in the line of fire with their pursuit of the truth.”

Google’s news plunder. A new report from the News Media Alliance journalism industry association estimates—conservatively—that Google last year made $4.7 billion dollars by crawling and scraping news publishers’ content without compensating publishers.
■ The New York Times: “It’s more than the combined ticket sales of the last two Avengers movies.”
■ The report’s timing—a day before a congressional hearing on Big Tech’s power over journalism—is no coincidence.
■ The Daily Beast: Venerable progressive news site ThinkProgress is in deep trouble …
■ The Society of Professional Journalists (of which your Square publisher is a member) has some headaches of its own …
■ … complicated in part by a board member who’s called for impeachment of its president and who in turn has been condemned for a blog post about youthful sex.

‘There doesn’t need to be a Straight Pride parade because we’ve already got a Straight Pride World.’ Neil Steinberg takes aim at an “embarrassing” stunt taking shape in Boston.
■ On Twitter, comedian Eva Victor explains to her boyfriend why they have to go to the parade.

Chicago Public Square comes free to your inbox daily.
Because people like this support it like this.
■ And thanks to reader Pam Spiegel for noting a hyphen missing from the pot item above.