To impeach or not. Updating coverage: A growing chorus of Democrats is calling for House Speaker Nancy Pelosi to launch impeachment proceedings against President Trump.
■ Trump this morning went on a Twitter rampage against impeachment.
■ PolitiFact: How to impeach—or not. 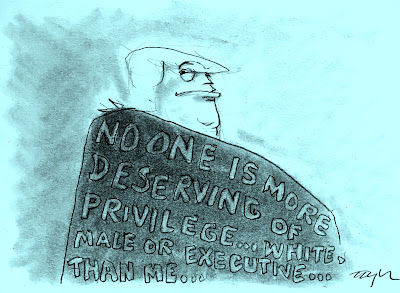 ■ The Washington Post: A confidential draft IRS memo says the president’s tax returns must be given to Congress unless he invokes executive privilege. (Cartoon: Keith J. Taylor.)

Nice wall we got there. Congress appropriated $1.57 billion last year for the president’s border block. Bloomberg says that has so far yielded just 1.7 miles of fencing.
■ The Sun-Times: “Paula Hincapie-Rendon was on her way to drop off her kid at school when an unmarked car started following her. Hours later, her parents were in an ICE detention center and her house had been burglarized.”
■ Presidential candidate Elizabeth Warren is demanding the administration reveal more about the deaths of five migrant children in U.S. custody.
■ Candidate Kirsten Gillibrand is promising a “Family Bill of Rights.”
■ Anita Hill, whose sexual harassment testimony failed to avert the appointment of now-longest-serving Supreme Court Justice Clarence Thomas, says she fears female 2020 candidates are “not being taken seriously.”
■ As New York City’s mayor runs for president, Donald Trump Jr. is reportedly is considering running for mayor.

Lightfoot’s Day 1. In her first full day on the job, Chicago Mayor Lightfoot announced key hires—including some holdovers from Rahm Emanuel’s administration—and focused on ways to prevent Memorial Day weekend violence.
■ Her office decorations include loaned museum art illustrating historic discrimination in the development of Chicago.
■ Tribune columnist Heidi Stevens to Lightfoot: “Create a Green New Deal for Chicago,” because Chicago’s water “has brain-damaging lead” and “our recycling program is a joke.”
■ Legendary—mythical, in fact—Ald. Ed Bus on Lightfoot’s reforms: “You can’t take away my power. Power is earned. You get it when your dad passes it down to you.”

How Can We Miss Him When He Won’t Go Away Dept. Ex-Mayor Emanuel is still in power on TV’s Chicago Fire …
■ … and he has a gig as a pundit at ABC News …
■ … where one hopes he’ll not again confuse Fellini with Foucault.

‘Sleepless nights.’ That’s the forecast Illinois Senate Assistant Majority Leader Don Harmon has for the General Assembly ahead of what could be a momentous few days. Politico’s Shia Kapos runs down the to-do list, which includes action on higher taxes for the state’s wealthiest citizens.
■ And keep an eye on a proposal to overhaul Illinois’ gun regulation process.

‘Subjecting our students to this trauma is simply not acceptable.’ A suburban high school superintendent explains the rationale for spending more than $50,000 to revise and reprint a yearbook in which some kids can be seen making a hand gesture associated with white nationalism.
■ Shooting threats on social media prompted another suburban high school to postpone graduation ceremonies last night.
■ Police have a suspect in yesterday’s carjacking of a Whitney M. Young Magnet High School teacher.

Steak ’n Shaken. The struggling Illinois-founded Steak ’n Shake chain has “temporarily” closed dozens of its restaurants, including a couple in Indiana.
■ Ahead of McDonald’s annual investors meeting Thursday, the company faces dozens of complaints about rampant sexual harassment of female employees.
■ A day after Dressbarn announced closure of all its stores, Business Insider went shopping at one of them.
■ If you’ve ever wondered who chose the name “Dress Barn” over, say, “Fashion Trough,” here’s your answer.

Nun of that. The Sisters of Saint Joseph are leading a push among Amazon shareholders to keep the company from selling its facial recognition tech to government agencies.
■ If you have a newer Apple MacBook laptop computer whose keyboard sucks, the company’s offering a free fix.

Record jeopardized. With his 24th win on Tuesday’s edition of Jeopardy!, Naperville native James Holzhauer is nearer still to topping the show’s mark for total winnings.
■ Wired shows his success in charts (as of Monday).

Has this edition of Chicago Public Square proven useful? Thank the people whose support makes it possible—including Marianne Matthews, Beth Kujawski, Stuart Babendir, Reed Pence and Ed McDevitt. You can join their ranks for just a few cents a day, and that would be aces.
■ And thanks to readers Mike Braden and Pam Spiegel for post-publication proofreading saves.