You wouldn’t be seeing this edition of Chicago Public Square if not for the support of readers including Harlene Ellin, John Messina, Gene Kannenberg Jr. and Jeffery L. Angevine. Why not join them? And now the news: 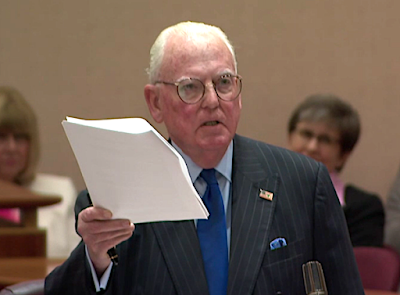 Oh, snap! The Tribune’s John Kass says Mayor Lori Lightfoot’s “humiliating takedown” of scandalized Ald. Ed Burke at yesterday’s City Council meeting “really was amazing.”
■ Fran Spielman in the Sun-Times: Lightfoot “obliterated her political arch-rival” to score “a triumph.”
■ The Beachwood Reporter’s Steve Rhodes: “She put Ed Burke in his place. I mean, his place is a prison cell, but …”
■ See for yourself, at :58 into this WTTW report.

Lightfoot’s new rules. Among the revolutionary reforms the mayor shepherded in yesterday: Livestreaming of the council’s previously effectively secret committee meetings.
■ WBEZ’s Claudia Morell: “Lightfoot gave no indication that she’s moving away from the progressive rhetoric that got her elected.”

High speed. In a quick vote yesterday, Illinois state senators quickly sent the House a plan to legalize recreational marijuana …
■ … including provisions for pardoning those convicted of crimes involving less than 30 grams of pot.
■ Sun-Times columnist Mark Brown: “Democrats are completely back in charge in Springfield, and when push comes to shove … they’re going to do things their way” …
■ … and their way seems likely to include funding a McCormick Place overhaul with a tax on restaurants and bars as far as 10 miles away.

‘By the grace of God, the baby wasn’t hit.’ But the Tribune says surveillance video shows a 1-year-old girl waving at the gunmen who killed her mother on Chicago’s West Side Tuesday.
■ The suspects, from Urbana, were due in court today.
■ A women’s fertility app is funded by anti-abortion advocates. 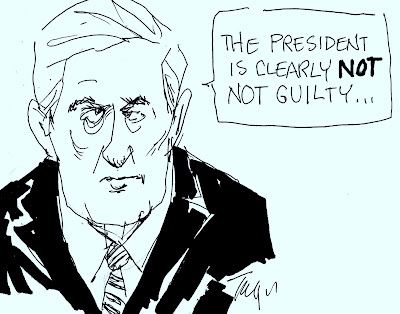 Mueller’s impact. CNN’s Chris Cillizza says special counsel Robert Mueller’s farewell address was “a bang disguised as a whimper” that increases the pressure on Democrats to impeach President Trump …
■ … who, in a tweet today, acknowledged “Russia helping me to get elected”—before taking it back. (Cartoon: Keith J. Taylor.)
■ A Wall Street Journal editorial: Mueller’s given Democrats an impeachment nod …
■ … but, Lawfare managing editor Quinta Jurecic says, Mueller also indicted journalists for not telling the American people what they needed to know.
■ A University of Michigan law prof offers a Key-and-Peele-style “anger translator” interpretation of Mueller’s remarks.

Proudly giving the rest of the world gas. A Trump administration news release refers to U.S.-exported natural gas as “molecules of … freedom.”
■ The New York Times: A dead man’s hard drive endangers the administration’s plan to ask about citizenship in the 2020 census.

‘The NRA’s chaos led us to lose faith.’ The ad agency that has represented the National Rifle Association for 38 years is calling it quits.
■ The Washington Post headline for Salesforce’s new policy [clarifying] barring customers from using its products to sell semiautomatic weapons: “Tech giant brings software to a gun fight.”
■ From November: Salesforce is planning a massive tower along the Chicago River.

So, so wet … Chicago’s broken the old mark for its wettest May on record.
■ New research suggests the same celestial incident that created the moon gave Earth its water.
■ A University of Chicago-published report connects the dots: Supernovae 2.6 million years ago may have charged Earth’s atmosphere with cosmic energy, sparking wildfires that turned forests to grasslands, motivating human ancestors to learn to walk upright.

From the Chicago Public Square mailbag about yesterday’s edition. “Wow, thanks for the spelling lesson. Troglodytic is new for me.”

■ Thanks to reader Mike Braden for proofreading help this time out.