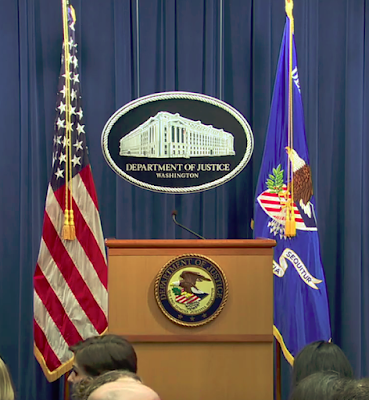 ■ … but the Justice Department said he wouldn’t take any questions.
■ See it happen—live or later—here.
■ Two Chicago congressmen have joined the ranks of those calling for President Trump’s impeachment.
■ The first Republican congressman to call for impeachment has pissed off his district’s Trump supporters …
■ … but hundreds of Republicans, Democrats and independents cheered him at a town hall session yesterday.

Showtime. Lori Lightfoot takes the gavel for her first full City Council meeting this morning (also around 10 a.m.), and you can watch along on the internet here.
■ The early line has been that she’ll get what she wants from aldermen in terms of her committee restructuring and leadership …
■ … including internet livestreaming of committee meetings …
■ … but she told the City Club yesterday she’s not feeling the “honeymoon.” 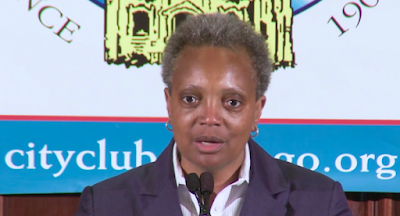 ■ Beachwood Reporter proprietor Steve Rhodes: “This will be Lightfoot’s biggest challenge …”
■ If you hear the words “Council Wars” as Lightfoot’s administration takes shape, remember who coined that phrase.

Lightfoot’s schools plan. The Sun-Times quotes unnamed sources as saying the mayor has picked former City Clerk and mayoral candidate Miguel del Valle to lead an overhauled school board.
■ Eleven years ago, 22 kids from a struggling suburb got free rides to college. It didn’t end all that well.
■ The University of Illinois at Chicago is offering in-state tuition to students from any of the hundreds of tribal nations recognized by the Bureau of Indian Affairs.

500 tornadoes. That’s how many have been reported in the U.S. so far in May, making this the fourth worst month on record for twisters. 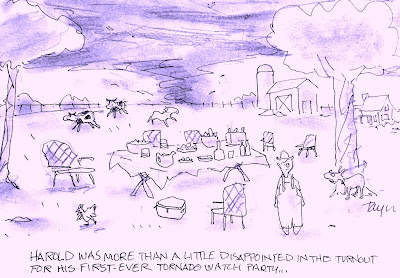 ‘If you think this bill goes too far, who do you want to send to prison?’ Democratic Rep. Emanuel “Chris” Welch was among those voting to send the Illinois Senate a bill to expand and protect the state’s abortion rights.
■ The troglodytic Thomas More Society warns the bill would make Illinois the “abortion capital of America.”
■ Before the week’s up, Missouri could become the first state in the nation without an abortion clinic since 1973’s Roe v. Wade ruling.
■ Journalist Lauren Holter says the newly upheld Indiana law requiring the burial of fetuses after abortion “will make the medical procedure much more expensive. … Like every other anti-abortion law, this is about limiting access.”
■ Netflix and the ACLU are teaming up to oppose Georgia’s draconian anti-abortion law.
■ The Washington Post on Supreme Court tension: “Sniping between Clarence Thomas and Ruth Bader Ginsburg foreshadows the abortion fights to come.”

‘If a tree gets in the way … it slows down considerably.’ The Tribune’s Ally Marotti takes the vaunted 5G cellular network for a trial run and finds it’s not all that.
■ Beware AT&T’s phony launch of “5GE” service …
■ … which Trevor Noah mocked on The Daily Show last week.
■ Do you use the new news-reading app Flipboard? Your password may be among millions that have been hacked.

Thank you. The support of Chicago Public Square readers just like you—including David Layden, Denise Mattson, Crissy Kawamoto and David T. Ibata—keeps this enterprise coming, free for everyone else. You can join them for a few cents an issue.