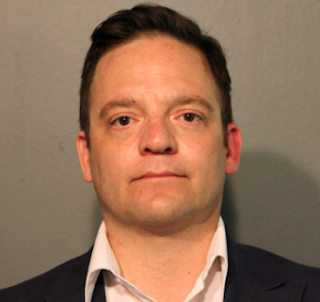 ■ Mayor-elect Lightfoot says that, shortly after taking office Monday, she’ll order an end to aldermen’s corruption-tempting ability to greenlight or veto licenses and permits—but they can keep their zoning clout.
■ Lightfoot says she plans to add several new committees to the City Council’s structure—funding them with cash siphoned from the incredibly fat budget the Finance Committee has amassed under disgraced Ald. Ed Burke.
■ ProPublica Illinois: “Chicago aldermen have also made it almost impossible for the public to see what they’re up to.”
■ The Tribune’s John Kass lists the first two things Lightfoot must do.

‘A bureaucratic mess.’ Illinois’ public guardian comments on a new University of Chicago study that condemns the Department of Children and Family Services for policies that favor keeping families together—even when children are in jeopardy.
■ Read the report’s nine recommendations.
■ Trial has begun for a man accused in the murder of a 2-year-old whose body parts were found in the Garfield Park Lagoon.
■ The Chicago Public Schools administration is moving to fire four current or former teachers at one high school—and has consigned the school’s ex-principal to a do-not-hire list—over sexual misconduct charges spotlighted by a Trib investigation.

■ … and one fell from an A to a B.
■ Find your favorite hospital in the full list here.

#SexStrike? Trib columnist Clarence Page says actress Alyssa Milano’s call for women to protest harsh anti-abortion laws by refusing to engage in sex with men “has my attention.”
■ Alabama’s new abortion law may take the prize for the nation’s most restrictive …
■ … and supporters see its questionable constitutionality as a feature, not a bug.
■ Chicago cops are questioning several people about the disappearance last month of a teenager who was nine months pregnant.

Ransomware racket. ProPublica reports that data recovery firms claiming to offer hacked organizations an ethical way out of the fix instead just paid the ransom—and charged victims extra.
■ To prevent atrocities like the live-streaming of a mass shooting at a New Zealand mosque, Facebook is imposing new rules on who can use Facebook Live.
■ Vox: Facebook interns make more than any other company’s—and double what the typical American makes.

‘Yep, that was me.’ In a first-person essay for the Trib, the Chicago contestant in the middle of the closest game yet for Jeopardy! champ James Holzhauer describes what it was like to try to take him down.
■ He’s driven the show’s ratings to a 14-year high. 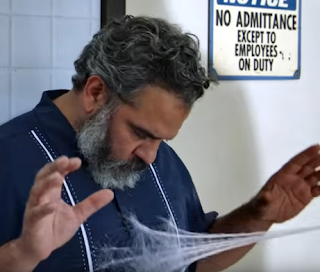 … And those who fail to comply will be web-slung off the plane. United Airlines’ new in-flight safety video for passengers features Spider-Man …
■ … but its treatment of a “passenger” maybe should be preceded by a trigger warning (April 9 link).
■ Walmart is joining the free-next-day delivery fray.

Confusion, Squared. The Illinois News Network, a once-reliable state government watchdog whose recent past has been spotty (2016 link)—including funding from the conservative Koch Brothers (2018 link)—is taking a new name: The Center Square – Illinois.
■ It’s backed by the Franklin News Foundation, which ranks just one star (of four) from the nonprofit-evaluation site Charity Navigator.
■ Please don’t mistake it for Chicago Public Square, which comes to you courtesy of four-star supporters including Lora Engdahl, Frank Heitzman, Joseph Sjostrom and Teresa Powell—whom you can join here for a few cents a day.

Correction corrected. An emailed correction to yesterday’s Chicago Public Square contained a redundancy—a repetitive one, of the sort that unnecessarily echoed a word. Square is regretfully sorrowful about that.