This edition of Chicago Public Square exists because people just like you have expressed their support by pledging a few cents a day. You can join them here. And now, the news: 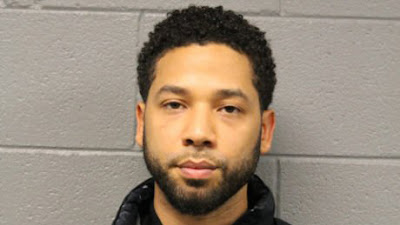 ‘This indefensible deal.’ A Tribune editorial demands Cook County State’s Attorney Kim Foxx explain her office’s decision to drop all charges against actor Jussie Smollett, who’d been charged with (updating coverage here) faking a complaint of a hate crime.
■ In a curious choice of words for a story about race relations, Mayor Emanuel called the development “a whitewash of justice.”
■ Sun-Times columnist Mary Mitchell: Police “did the job they were sworn to do. I can’t say the same for the state’s attorney’s office.”
■ The Trib’s John Kass: The decision came “not long after Foxx began playing ‘Obama Celebrity Friends’ with former first lady Michelle Obama’s onetime chief of staff.”
■ The Sun-Times’ Andy Grimm answers how and why questions about prosecutors’ “unprecedented move.”
■ An Illinois House Republican proposes to ban tax credits for any production that—like the TV series Empire—employs Smollett.

‘We need to know those answers.’ Both candidates for Chicago mayor—Lori Lightfoot and Toni Preckwinkle, who’s been Foxx’s political mentor—told the audience for last night’s Fox 32 debate they want fuller explanations of what happened with the Smollett prosecution.
■ You can see the full debate here.
■ The Trib’s Eric Zorn: The Smollett case takes the spotlight off Preckwinkle’s “political malpractice”—her decision “not to immediately and forcefully distance herself” from her supporter Congressman Bobby Rush’s “stark appeal to racial animus.”
■ A Trib investigation: Preckwinkle vowed to end patronage, but the politically connected got county jobs.
■ The Beachwood Reporter’s Steve Rhodes: “ I don’t want to be seen as cheerleading for Lightfoot. I’m calling it like I see it, and as I see it, Toni Preckwinkle has … engaged in a pattern of lies. I haven’t seen the same in Lightfoot.”
■ Meanwhile, in a suburban race for mayor, the Sun-Times reports, “One candidate has been accused … of being a convicted felon. The other was the possible beneficiary of an alleged vote-buying scheme.”
■ On Election Day next week, some suburbs will see Cook County’s first new voting machines in 13 years—and they won’t be connected to the internet.

Trump’s 2020 push. The Associated Press goes scopes out the president’s reelection machine.
■ Stephen Colbert rejects supporters’ portrayal of Trump as having earned a victory lap after conclusion of special counsel Robert Mueller’s investigation without charges filed against the president: “Being told you have not been indicted for betraying your country is a pretty low bar for a victory lap.”
■ For the second time, Senate Majority Leader Mitch McConnell has blocked a resolution calling for release of the full Mueller report.
■ The Columbia Journalism Review on cable TV’s failure: “By flooding the zone with wall-to-wall coverage of the Mueller probe, networks did no one any favors.”
■ Trump’s first veto has survived an override attempt, easing the way for his plan to shift billions of extra dollars to the building of border barriers.
■ Vox: “Donald Trump is very committed to taking away your health insurance” …
■ … over the objections of his own Justice and Health and Human Services Departments.
■ Columnist Neil Steinberg in his blog: “We have to remember that Donald Trump remains today what he was last week and last month and last year: a liar, bully and fraud.” 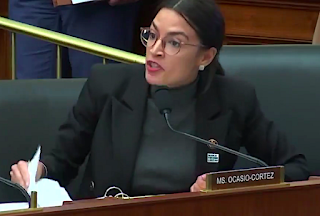 Alexandria Ocasio-Cortez’s 129 seconds. Her defense of environmental reforms became undeniably popular overnight …
■ … after the Senate unanimously—Democrats and Republicans alike—rejected her push for a “Green New Deal” …
■ … but she stars in a new comic book.

Roses are red, cardmakers are blue. Retailers are cutting back the amount of space they devote to a product losing ground to email and social media: Greeting cards.
■ Sears to its retirees: Drop dead … on your own dime.

Correction. Yesterday’s Square omitted an important word—million—from an item about how much money a wealthy German family has pledged to make amends for their Nazi ancestors’ crimes. We hate making mistakes, but we love having readers who help fix things. As with all Square errors, the first person (of many) to report this mistake—you can just email Squerror@ChicagoPublicSquare.com—received credit on the web page for yesterday’s edition. You can always find corrections and updates by clicking on the lead link in the emailed edition of Square. (And if you’re not getting Square by email, you should be. That’s what it was made for.)
■ … and thanks typo corrections in this edition to readers Pam Spiegel and Consumer Reports’ Patrick Olsen.