Teachers wanted. The Illinois Association of Regional Superintendents of Schools warns the state’s lack of teachers is getting worse—afflicting every subject area, in every region. 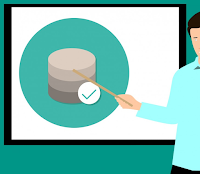 ■ After almost a decade, the University of Illinois at Chicago is bringing back its Bachelor of Fine Arts in Art Education degree.
■ Deadspin: Starbucks CEO and presidential candidate Howard Schultz “has no time for … the community that aided his rise to riches”—his Michigan alma mater.

‘I can’t believe he’s still a police officer.’ A lawyer for the family of a disabled and unarmed man shot and wounded by a Chicago cop is outraged the department is recommending the officer be suspended for just six months.
■ The Better Government Association: Bad police fingerprint work is undermining Chicago property crime cases.
■ A plan to increase the Chicago tax on the sale of high-end real estate—to fund programs to help the homeless—was shot down yesterday by Mayor Emanuel’s City Council allies.

What are you flying? Updating coverage: Here are the airlines still using Boeing 737 Max 8 airplanes around the world …
■ … as investigators sift through the wreckage of a 737 Max 8 that crashed Sunday, killing 157.
■ Tips for determining if your next flight is on a 737 Max 8.
■ Boexit: British regulators are among the latest to ground the model.
■ Slate: A bad business decision may have made the 737 Max 8 vulnerable.
■ Honda’s recalling more than a million additional vehicles with potentially deadly air bags. 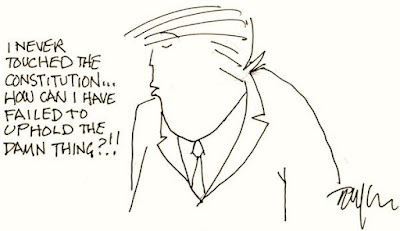 The ‘not worth it’ gamble. NBC News: House Speaker Nancy Pelosi’s decision to take impeachment of Donald Trump off the table puts the burden on Republicans.
■ A George Washington University law prof on why Pelosi really fears impeachment: “An enraged Trump base with a new President Mike Pence.” (Cartoon: Keith Taylor.)
■ A new app helps Trump fans find MAGA-friendly restaurants. 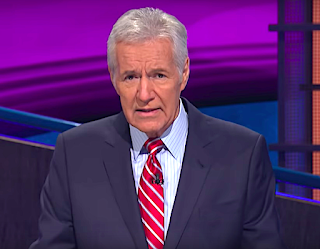 The Trebek problem. The Tribune’s Heidi Stevens’ concerns about the words Jeopardy! host Alex Trebek used to announce his cancer diagnosis triggered “more feedback … than anything I’ve written in months.”
■ New research concludes African-Americans and Hispanics breathe far more air pollution than they’re responsible for making.
■ A new organization, BirthStrike, encourages men and women to refuse to bear children until the world addresses “climate breakdown and civilization collapse.”
■ NPR: “It’s 2050 And This Is How We Stopped Climate Change.”
■ On the 30th anniversary of the invention of the World Wide Web, its inventor has a plan to fight hate speech.

‘Live statues.’ To spotlight Chicago’s lack of public monuments honoring women, actresses—standing still—will portray some of the city’s iconic women around town today.
■ The Trib’s Rick Kogan profiles the man behind those metallic deer sculptures around the city.
■ A local brewery today is giving away bikes in Chicago—one an hour—and giving clues on Twitter about how to find them.
■ It’s also Free Pancake Day. 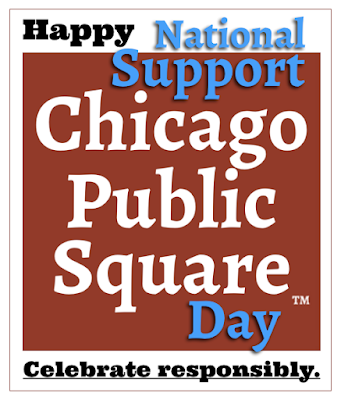 On this, the third annual National Support Chicago Public Square Day …
■ Thanks to the many readers whose pledges—ranging from just a few cents a day to a few more cents a day—keep this thing coming. Their ranks include Joseph Lynn, Richard Milne, Marj Halperin, Roy Robert Lagemann, Jameson Branson, Joe Hass, Susan Beach, Nora Schlesinger, John & Beth Messina and John Kierig. Isn’t this the perfect day for you to join them?
■ And thanks to Smokey Robinson for helping get this edition out the digital door.