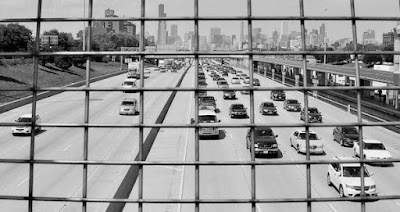 Drive more, pay more? The Metropolitan Planning Council says a shift from Illinois’ per-gallon gas tax to a miles-driven tax would be good for the roads; the Environmental Law and Policy Center says it would be bad for the planet. The Tribune’s Mary Wisniewski sorts it out. (Photo: Brian Crawford in the Chicago Public Square Flickr group—which he founded.)
■ Capitol Fax publisher Rich Miller: Gov. Pritzker’s “fair tax plan” is so likable “Republicans need to get to the bargaining table before it’s too late.”

‘Willie Wilson has evolved.’ The Sun-Times’ Laura Washington tracks unsuccessful mayoral candidate Wilson’s change of heart—from a guy who used to maintain “marriage has and should always be that sacred union between a man and a woman” to a backer of openly gay runoff candidate Lori Lightfoot.
■ Politico: Was Toni Preckwinkle blowing a dog whistle when she praised Lightfoot for being “open and honest about her LGBTQ orientation”?
■ The Trib’s Dahleen Glanton deplores Lightfoot’s and Preckwinkle’s campaign tactics: “Each of them is hellbent on pulling the other down.”
■ PolitiFact on Lightfoot’s claim she raised the bar for police discipline: Mostly true. 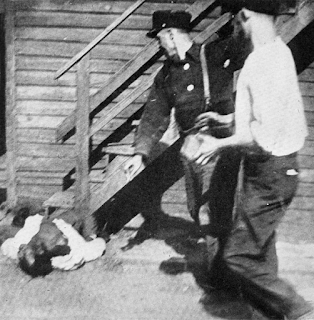 Chicago’s ‘terrible’ anniversary. 2019 marks 100 years since the 1919 Race Riots, to be commemorated with a year-long initiative involving more than a dozen institutions.
■ Here’s an evolving calendar of events. (Photo: Chicago Commission on Race Relations.)
■ Chicago’s historically black Englewood neighborhood is increasingly Hispanic.
■ Marking his first year as a news anchor at WGN-TV, Joe Donlon says one of his biggest challenges was learning to pronounce local names—like “Mokena and Lisle and ... Palos.”

Smile. BuzzFeed News details the U.S. government’s plan to apply facial-recognition ID to all international travelers at the nation’s top 20 airports.
■ Updating coverage: Recovery teams have located the flight data recorders from the second crash in recent months of a Boeing 737 Max 8 plane …
■ … the company’s best-selling model …
■ … prompting China, among other nations, to ground that model …
■ … leaving Chicago-based Boeing in crisis. 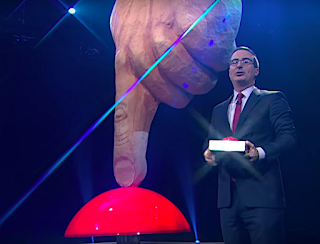 Robocall offensive. To raise the intransigent FCC’s consciousness about the rising tide of nuisance automated phone pitches, HBO’s John Oliver has unleashed a flood of robocalls to the commissioners’ numbers—and made ending it just as hard for them as it is for the rest of us.
■ See the video, in which Oliver offers the commissioners little sympathy for what’s coming their way: “If you’re thinking there should be a simpler way to opt out, well — no s__t.”

In otter news …
■ The Sun-Times’ Rick Morrissey mourns University of Illinois students’ thumbs-down on adoption of a new mascot, Alma Otter, as “the perfect antidote to offensive Chief Illiniwek.” 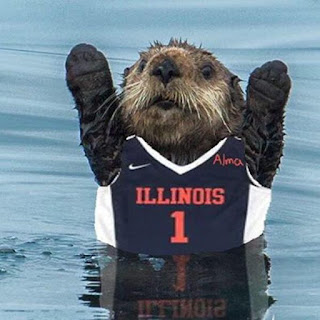 A grand pause. The Chicago Symphony Orchestra is on strike.
■ The Daily Beast: “Between October 2013 and October 2018, emergency workers were summoned to Amazon warehouses at least 189 times for suicide attempts, suicidal thoughts, and other mental-health episodes.”

And the Rickettses have been helping. The Trib reports a musical about the Chicago Cubs is almost ready to debut.
■ A suburban 9-year-old girl persuaded Major League Baseball and Chuck E. Cheese to mend their sexist ways. 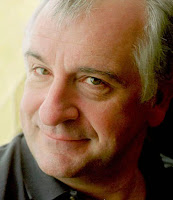 Happy birthday, Douglas Adams. The creator of The Hitchhiker’s Guide to the Galaxy would have turned 67 today—as good a time as any to revisit podcasts from his visits to Chicago in 1992 and 1997 …
■ Hitchhiker’s lore isn’t the reason the number 42 is all over Spider-Man: Into the Spider-Verse. (Photo: Michael Hughes.)