■ See the whole thing here.
■ The attack ads are in full swing.
■ Lightfoot has won the backing of former candidate Willie Wilson …
■ … and a major union endorsement.
■ The Better Government Association’s CEO takes a critical look at Lightfoot’s ability to serve as mayor despite a lack of previous elective service.
■ Edward McClelland in Chicago magazine: This election signals “a departure from Chicago’s longstanding tradition of tribal voting. That feels worth celebrating.”

Make less than $250,000 a year? Gov. Pritzker says his plan for a graduated state income tax would give such households—97 percent of Illinoisans—a break, while bringing in an extra $3.4 billion a year.
■ He says “States with fair tax systems on average grow faster and create more jobs than Illinois.”
■ A Tribune editorial: The overhaul would fan the “Illinois Exodus.”
■ Columnist Eric Zorn: “Illinois is poised to … become the most permissive state in the nation for abortion rights. And I’m thrilled.”

Decades in prison—but not convicted or sentenced. WBEZ and Frontline share the story of a man Illinois has imprisoned for 36 years, even though he never faced trial on the sexual assault charges against him.
■ A 98-year-old Chicago woman has spent 75 years ministering to men in prison.
■ A man accused of shooting and killing a McHenry County sheriff’s deputy before launching an hourslong standoff with state police along I-55 could face the death penalty.

3 votes left. The Lincoln Yards megadevelopment planned for Chicago’s North Side has passed another crucial legislative milestone, but the Trib’s Ryan Ori says opponents still hope to delay a final OK until after the election.
■ A Chicago alderman who’s been pushing for almost a year to hold hearings on inventor Elon Musk’s audacious plan for an underground express train connecting O’Hare and downtown will finally have his way.
■ Ahead of a public hearing on delays over the Jane Byrne Interchange project, a state highway engineer admitted, “This is new ground for us. We haven’t had a project go this long.” 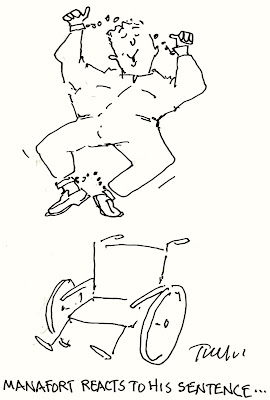 ‘It is not so bad to use Republican connections to cash in with Putin’s allies.’ That’s the message a University of Baltimore law professor says a “weak sentence” sends in the case of President Trump’s ex-campaign manager, Paul Manafort …
■ … who appeared before the judge in a wheelchair to say before sentencing that he feels worse than “humiliated and ashamed,” but who didn’t actually apologize for concealing millions of dollars earned from his work in Ukraine. (Cartoon: Keith Taylor.)
■ The Miami Herald: Trump cheered the New England Patriots to their Super Bowl victory alongside the founder of the spa where Patriots owner Robert Kraft was accused of soliciting prostitution.
■ Ex-Chicago Ald. “Fast Eddie” Vrdolyak has pleaded guilty to tax evasion.

‘Devastating.’ That’s how one student who was set to graduate in May with a doctorate in education sees the announcement that Argosy University plans today to close its campuses in 11 states—including one in Chicago …
■ … unless a buyer appears—which seemed unlikely.
■ An Argosy professor blames “mismanagement at the highest levels” of the Trump Education Department for letting the situation reach this point.

Break-up time? Presidential candidate Elizabeth Warren lays out her plan to shrink Amazon, Google and Facebook …
■ … including a call to reverse Amazon’s takeover of Whole Foods, Facebook’s acquisition of Instagram and Google’s purchase of Nest.

WGN’s fallow field. For the first time since its debut, Chicago’s Very Own TV station faces the prospect of a year without any local pro sports games to broadcast.
■ Meanwhile, the Cubs are launching their own YouTube channel.
■ WGN Radio is reviving its evening thoughtfest, Extension 720. 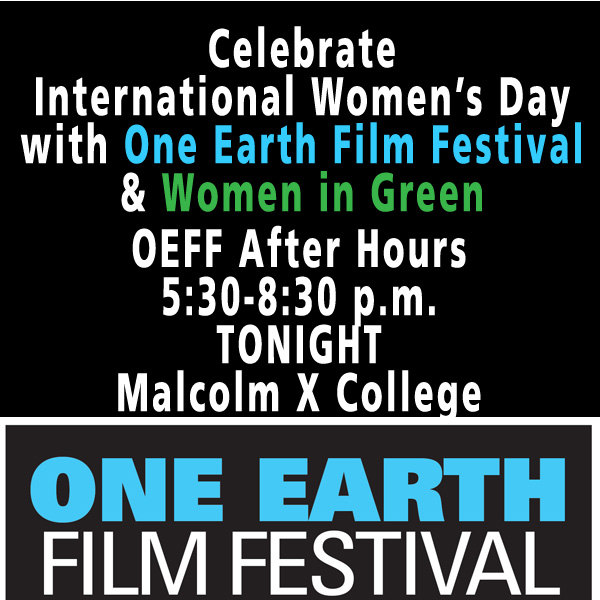 A Chicago Public Square advertiser.
Odds are good … You wouldn’t be seeing this today if not for the support of Chicago Public Square’s most generous readers—including Shel Lustig, Les Nelson, Chris Handzlik, Jane Hirt, Ann H. Fisher, Jeff Weissglass, Frank and Sandy Heitzman, Teresa Powell and David Layden. You can join their ranks—and see your name right here!—for just a few cents a day.
■ And thanks to reader Linda Kurtos, first to note the erroneous link in today's lead item.