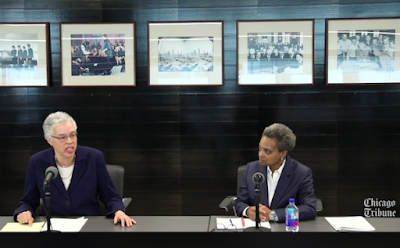 ■ The Sun-Times’ Fran Spielman: The candidates disagree over how much power aldermen should have …
■ But, the Trib’s Eric Zorn says, they just don’t disagree on much.
■ See the whole session.
■ Former candidate Paul Vallas is backing Lightfoot.
■ Differences over which candidate to endorse have split two aldermen—badly: One is calling the other a “pile of s__t.”
■ A revised Tribune’s quiz helps you decide which candidate’s views most closely match yours.

Rahm’s big day. Two of Mayor Emanuel’s favorite projects come up for votes in the City Council today: The Lincoln Yards development between Lincoln Park and Bucktown and the Chicago police and firefighter training academy on the West Side.
■ Politico: Emanuel has never lost a City Council vote.
■ Watch the council meeting live on the web beginning at 10 a.m.

Divvy + Lyft? Emanuel is proposing to split Chicago’s bike-sharing revenue with Lyft—in exchange for a commitment to push the program citywide within two years.
■ Chicago’s in line for two days of warm-enough-to-bike weather—if you don’t mind the rain.

‘Shameless.’ A Sun-Times editorial on the wealthy moms and dads charged with schemes to get their kids into college: “The playing field is never level when it comes to getting into our nation’s most exclusive colleges.”
■ The New York Times’ David Leonhardt: Time to end special treatment for college sports.
■ One of the only students accused of willingly participating in the scam may not get her Georgetown diploma.
■ The Los Angeles Times: Suspect Felicity Huffman awoke to FBI agents with guns drawn at her.
■ The Wall Street Journal: An Idiot’s Guide to Bribing and Cheating Your Way Into College.
■ How’d you learn of this story, which broke minutes after Chicago Public Square’s Tuesday email deadline? If you’re not getting your breaking news from Square on Twitter and Facebook, you’re missing a big part of this service. Do it now. 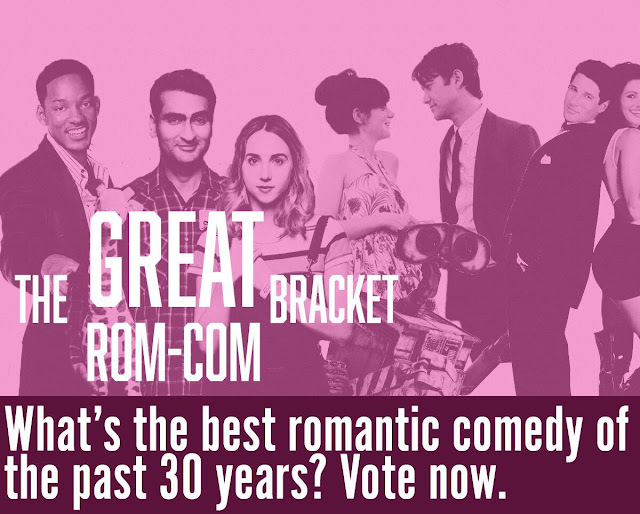 A Chicago Public Square advertiser.
‘Almost criminally insufficient.’ At least one pilot has complained about the training material for Boeing’s troubled 737 Max 8 planes …
■ … as the FAA defends their continued use in the U.S.

Illinois’s college student drain is getting worse. Illinois State Board of Education numbers show more of the state’s high school students are headed out of state.
■ The Chicago Public Schools inspector general: Dozens of school employees got free or cheap preschool for their kids by understating their income to their own employer—costing the school system millions.
■ A new bill to raise Illinois’ smoking age to 21 would also remove the criminal penalties for kids caught with tobacco.

Strip club death. One man—the son of a Harvey cop—is dead and several others were hurt in a shooting early this morning at a club …
■ … whose predecessor club was at the center of federal investigations into Harvey corruption.

‘An implicit admission that there were mistakes.’ A lawyer for immigrant kids hails a decision by a chain of shelters under investigation for abuse and poor supervision to close four of its nine Chicago-area outposts.
■ A lawsuit says Chicago’s city shelters for the homeless violated the rights of people with disabilities.

BBQ at Mariano’s. The Pork & Mindy’s chain plans to open restaurants inside 28 grocery stores this year.
■ From last year: The chain’s founder, Food Network star Jeff Mauro, talked about that time a guy in the audience died.

‘Feeling queasy about Israel as it slides toward extremism … seems more an expression of sincerely-held Judaism than of anti-Semitism.’ The Sun-Times’ Neil Steinberg says readers have been goading him: “Make this Jewish Democrat denounce his fellow Democrat.”
■ Columnist Clarence Page: “Democrats have benefited from their appeals to diversity. But …”
■ A Bernie Sanders aide is apologizing for questioning American Jews’ “dual allegiance to the state of Israel.”

Happy Thank a Journalist Day. It’s a movement spearheaded by Ball State University.
■ Here’s a memorable time your Square publisher was thanked.
■ The Legion of Chicago Public Squarians—including Deb Abrahamson, Sarah Hoban, Anthony Caciopo, Keelin Wyman, Ted Cox, Lisa Krimen, Maria Mooshil, Kevin Lampe, Jane Skelley Carroll and Michael Romain—makes its gratitude clear, chipping in a few cents a day to keep Square coming. Joining them is another nice way to say thanks.
■ Thanks to reader Pam Spiegel for being first to note a few typos corrected above …
■ … and to reader John Robinson, who flagged the error in the Dorsey item above.