Democrats’ drive. The new leadership of the U.S. House is putting the squeeze on at least 81 people linked to President Trump—the tip of what the AP calls “damaging inquiries into his White House, campaign and family businesses.” 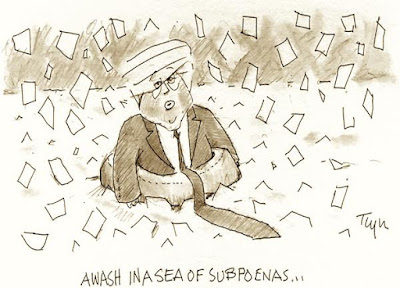 ■ House Judiciary Committee Chairman Jerrold Nadler—a guy Trump once derided as “Fat Jerry”—says, “Our goal is to hold the administration accountable for … the abuse of power and the corruption.”
■ The New York Times’ David Leonhardt: Democrats are “investigating the many Trump scandals with just the right mix of zeal and caution.”
■ Axios calls it “a slow-bleed strategy.” (Cartoon: Keith Taylor.)
■ In a sign Trump’s hold on Congress is slipping, the Republican-led Senate seems ready to block his declaration of an emergency to fund a border wall.
■ T-Mobile confesses its patronage of Trump’s D.C. hotel skyrocketed after announcing its merger with Sprint.
■ Washington Post media columnist Margaret Sullivan: “The cascading insanity over [U.S. Rep. Alexandria] Ocasio-Cortez says far more about the audience—what used to be known as American citizens and public servants—than it does about her.”

‘You would think that they would have learned their lesson by now.’ A lawyer is suing the City of Chicago on behalf of a cop who says the police department tried to cover up details after a sergeant wounded an unarmed and disabled teenager two years ago.
■ Chicago’s decades-old police torture scandal will cost the city another $5.25 million.
■ A suit accuses Cook County of wrongly jailing dozens of people after their electronic monitoring devices falsely reported they’d illegally left their homes while they were free on bond.

‘It’s hers to lose.’ CapitolFax proprietor Rich Miller gives Lori Lightfoot the edge in the April 2 mayoral runoff because “she’s … not Toni Preckwinkle.”
■ In a setback for Preckwinkle, the Chicago Federation of Labor says it won’t pick a side.
■ Politico’s assessment of last week’s mayoral voting tallies: “Lightfoot bested Preckwinkle in 27 of 50 wards.”
■ Mark Konkol for Patch: “If you believe Preckwinkle’s lame attempt to brand Lightfoot as an elitist fueled by political ambition, you’re getting scammed by the leader of the Democratic Machine.”
■ In a bid to win over skeptics—including the two candidates for mayor—developers of the massive Lincoln Yards project proposed for the North Side are offering to double their affordable housing commitment.
■ Chicago’s Steppenwolf Theatre Company is breaking ground on a new Halsted Street complex.
■ Congrats, Chicago: You didn’t make a list of the world’s 30 most polluted cities.

A rough commute. Doesn’t take much snow to mess up a Chicago morning rush hour.
■ Yesterday’s high temperature was a record low for a March 4 in Chicago … 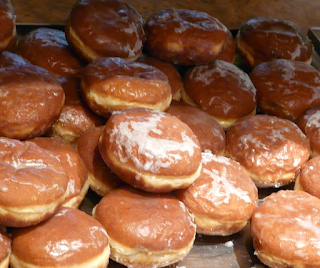 ■ … but all those Fat Tuesday paczkis may ease winter’s sting. (Photo: Piotrus.)

Privacy in the breach. The Rush chain of Chicago-area hospitals says personal info for as many as 45,000 patients has been exposed.
■ A London man may be only the second person ever to have been cured of AIDS.
■ Members of both parties in Congress are raising concerns about measles.

‘Savvier and more high-flying … than Wonder Woman.’ Variety calls the new Captain Marvel movie “a rouser of a journey.”
■ Michael Phillips of the Tribune gives it three stars: “There’s a swell cat. … And I don’t even like cats.”
■ The Trib’s Nina Metz raps Steven Spielberg for pushing to knock Netflix out of Oscars contention.
■ Netflix subtweeted Spielberg: “We love cinema. … We also love: Access for people who can’t always afford … theaters [and] giving filmmakers more ways to share art.”

A rebel’s return. A Chicago-area native who refused to record a Trump-friendly script forced on news anchors at the Sinclair Broadcast Group is coming back to deliver traffic reports on WGN Radio …
■ … coincidentally the former radio home of the Chicago Cubs, who are getting into bed with Sinclair. 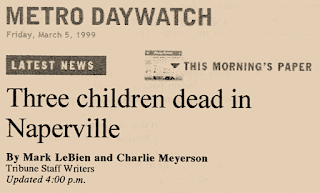 20 years ago. Chicago Public Square’s precursor in the news-roundup-on-the-web biz, Daywatch—a blog before that was a word—premiered March 5, 1999. Here’s what it looked like.
■ The story that led the news that day still haunts those who worked the case.
■ Editor & Publisher in 1999: “The Chicago Tribune … truly treats the Web as a new news medium.” (Link corrected.) 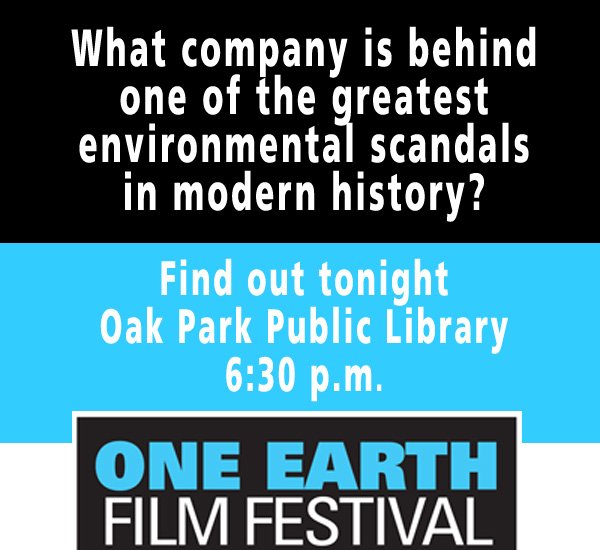