‘Insulting.’ Chicago mayoral candidate Lori Lightfoot says rival Toni Preckwinkle’s failure to accept a debate invitation from the Sun-Times is “reflective of the closed-door style of politics we’ve got to leave behind us” …
■ … but they will face off Thursday at 6 p.m. in an NBC 5/Telemundo-hosted debate.
■ Preckwinkle has landed endorsements from two key black political leaders.
■ Each of the candidates, by the way, has an invitation to sit down for a Chicago Public Square Podcast interview.
■ Mayor Emanuel—sitting on a pile of campaign cash he’s not using to be, you know, elected—is running an anti-Donald Trump ad. 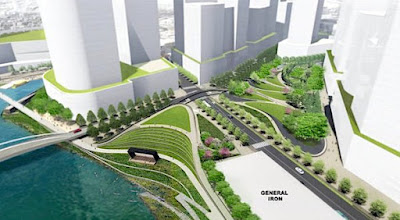 Lincoln Yards’ Hail Mary. In a push to win pass the Chicago City Council approval before a new skeptical-of-the-project mayor takes office, developers of a massive new development project on Chicago’s North Side are proposing to double the number of the project’s affordable housing units.
■ A Crain’s editorial: “A setback for Lincoln Yards … would state, loud and clear, that no deal is too important to be blown up in this town.” (Image: Sterling Bay.)

PARCC parked. Illinois is retiring its much-berated PARCC (Partnership for Assessment of Readiness for College and Careers) exam for the state’s schoolkids, replacing it with a test that is only about a third as long.
■ In what a union leader calls “a catastrophe,” Western Illinois University has laid off 132 faculty and staff.
■ The University of Chicago’s president says Trump’s prospective executive order about free speech on college campuses instead poses “a profound threat to open discourse.”

Winning? Not. The U.S. trade deficit—the gap between what America imports from other countries versus what it sells—exploded to a decade-long high last year, despite Trump’s pledge to shrink it.
■ With tax refunds disappearing under Trump’s tax-code overhaul, accountants are feeling the sting of taxpayer resentment.
■ Vox: How an effort to make the tax bill look better ended up making it look worse.
■ The Toronto Star says Trump has put “his most-dishonest single event as president” on the board.
■ Max Boot in The Washington Post: If Trump really attempted to ruin CNN, he deserves to be impeached.
■ The Intercept’s Mehdi Hasan: “What if he refuses to leave the White House?”
■ Just some of the Trump allies now in the hot seat: Secretary of Homeland Security Kirstjen Nielsen and Trump Organization insurance broker Aon …
■ … which, coincidentally, is abandoning its attempt to take over the company after which Chicago’s Willis Tower is named.

Straw-ban ban. Florida lawmakers are considering forbidding local governments from outlawing plastic straws.
■ Illinois Gov. J.B. Pritzker is considering reversing his predecessor’s opposition to a project to keep the marauding Asian carp out of Lake Michigan.
■ Illinois is joining 19 other states to challenge a Trump administration rule that would end federal funding for any organization that even mentions abortion. 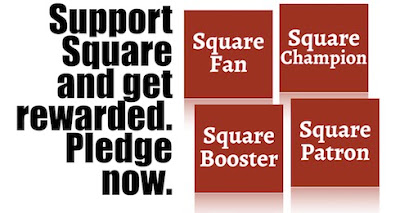 Link corrected. The emailed (but not the web) edition of yesterday’s Chicago Public Square contained a bad link to an archival report about the Trib’s innovative approach to breaking news on the web in 1999. This one should work.
■ And thanks to Pam Spiegel for flagging some sloppy wording in the Lincoln Yards item above.