Black men’s ‘nightmare.’ Noting that none of Chicago’s most senior and prominent black male politicians backed Toni Preckwinkle or Lori Lightfoot in the primary for mayor, the Sun-Times’ Laura Washington says “too many men” in the black community “cannot abide a woman who achieves.”
■ Among the challenges confronting Lightfoot and Preckwinkle, the Tribune notes: Two-thirds of Chicago didn’t vote for either of them.
■ While Square cautions you not to decide whether or how to vote based on polls, Politico says the first public poll for the runoff gives Lightfoot “a nearly two-to-one lead” over Preckwinkle …
■ … and Politico adds (in the middle of that same update) that, contrary to Election Day reporting, mail-in voting has pushed last week’s totals to “the second-highest Chicago municipal general election turnout this century.”
■ Whoever wins, the next mayor stands to face a far more independent and progressive City Council. 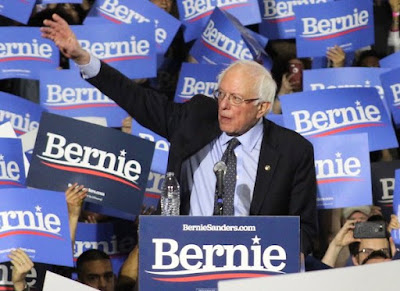 Sanders’ ‘revolution.’ Bernie Sanders told a packed house at Navy Pier last night the next presidential election will be about ending a regime of “greed, kleptocracy, hatred, authoritarianism and pathological lying.” (Photo: One Illinois/Ted Cox.)
■ And he made an explicit play for African-American support …
■ … spotlighting his leadership as a student in the first University of Chicago sit-in for civil rights.
■ Update your presidential sweepstakes scorecards to include a former Colorado governor and brewpub owner.

■ The executive director for Illinois Church Action on Alcohol and Addiction Problems is calling on Pritzker to back off from his push to legalize internet and sports gambling.

Mag Mile attack. Chicago police are on the lookout for 10 people who attacked a security guard Saturday night at an H&M store on North Michigan Avenue.
■ Police suspect a cross-country trucker is a serial killer who may have struck in Illinois.
■ More than 15 years after he skipped town, an ex-Chicago police sergeant goes on trial, accused of leading a crew of cops who robbed drug dealers and re-sold their stuff.
■ A lawsuit accuses a suburban police department’s supervisors of forcing an auxiliary police officer to have sex.

Climate change southbound? Updating coverage: At least 23 people were killed in a historic tornado—or maybe two— that ravaged southeast Alabama Sunday …
■ … a storm that aligns with a Northern Illinois University report that last fall concluded global warming may be driving the Midwest’s “tornado alley” south and east.
■ A new study at Brookfield Zoo is part of an international effort to determine whether captive dolphins and whales are really OK.

Fox in the White House. The New Yorker’s Jane Mayer examines the unprecedented “partnership” between the Trump administration and Fox News, whose coverage has neared the line of propaganda …
■ … and which may also explain the president’s opposition to the AT&T-Time Warner merger …
■ … which is taking full force today with a massive reorganization that foreshadows layoffs at HBO, Turner and Warner Bros.

Not to be confused with Crawford Day. Illinois is unique in today’s holiday honoring Revolutionary War Brigadier Gen. Casimir Pulaski—who never set foot in the state. (Photo: John Greenfield, who in 2011 walked the length of Chicago’s Pulaski Road, which used to be known as Crawford.) 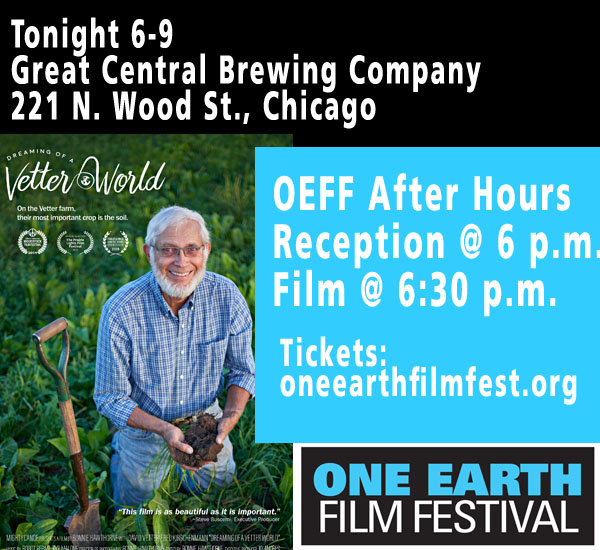