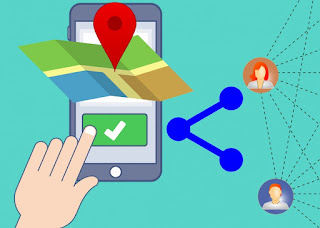 Your phone, betrayer. Motherboard reporter Joseph Cox says that, for $300, a bounty hunter was able to track down a demo phone’s location—using data that AT&T, T-Mobile and Sprint have allowed to leak into the black market for exploitation by stalkers and criminals.
■ More Chicago cops are getting tech to let computers “read” license plates and ID stolen cars.
■ Consumer Electronics Show overview: Home electronics stuff is getting smarter—and creepier.

‘Dull and repetitious.’ Columbia Journalism Review’s Jon Allsop says President Trump’s address last night was not only boring but also “driven by false and misleading claims.”
■ AP fact-checks the president’s speech.
■ Fox News’ analysis: Trump made a “number of claims” that were deliberately misleading.
■ NBC News fact-checks the response and concludes Democrats messed up on the height of the border wall Trump has proposed …
■ … and their podium-sharing is getting mocked on social media.
■ The Washington Post’s Marc A. Thiessen: “To normal Americans … who are not steeped in Trump hatred, the president must have seemed like the adult in the room.”
■ Axios: Trump hasn’t abandoned the notion of declaring a national emergency.
■ Vox: “The real crisis is that Trump has no idea what he’s doing.”
■ Consolation during the federal shutdown: The Adler Planetarium is offering two free tickets to any U.S. (clarifying) government employee with an ID to prove it.

Women marching. The official Women’s March Chicago group has declared it won’t repeat its demonstration this month, but a Chicago college freshman is going ahead with plans anyway—on Jan. 19.
■ “Sickened” by a new documentary series about sex abuse complaints against singer R. Kelly, Cook County State’s Attorney Kim Foxx is pleading for victims to step forward so she can press charges.
■ Why a now-disgraced conservative Catholic priest who once ministered to high-powered Washington conservatives was transferred to Chicago in 2005.

‘Any hint of nepotism is wrong.’ A Sun-Times editorial smells “the fix coming in suburban Skokie” and calls on State Rep. Lou Lang not to grease the skids for his daughter’s appointment to replace him.
■ Crain’s Steven R. Strahler profiles the “crafty” Chicago alderman replacing embattled Ed Burke to chair the powerful City Council Finance Committee.

‘I’ll kick your a__.’ A downtown Chicago restaurant manager who explained “I’m not trying to be racist” has been suspended after swinging a chair at a black teenager who’d done nothing wrong.
■ A Chicago man accused of dragging his leashed dog from a moving car says he was just following doctor’s orders.

John Kass’ fight. The Tribune’s Page 2 columnist reveals he has diabetes: “I think it’s a good idea for me to stay out of kitchens, until I begin to figure this thing out.”
■ More than two months after the death of comic book icon Stan Lee, fans will get a chance to say a public farewell Jan. 30.

Happy birthday … to the ChicagoPublicSquare.com domain, two years old today. Thanks to all who help cover the domain registration fee and other costs of keeping this thing going by chipping in a few cents a day.